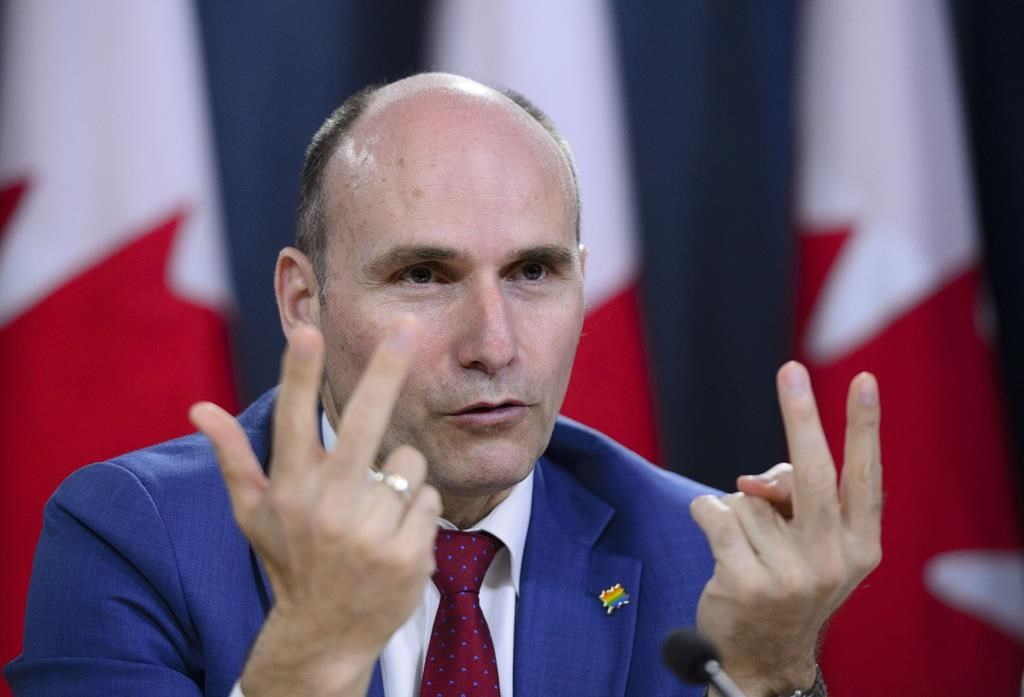 Jean-Yves Duclos, Minister of Families, Children and Social Development, responds to the 2019 Spring Reports of the Auditor General in Ottawa on Tuesday, May 7, 2019. File photo by The Canadian Press/Sean Kilpatrick
Previous story

The federal government is promising major announcements today at shipyards in Quebec and Victoria.

Cabinet minister Jean-Yves Duclos is to be at Davie Shipyard outside Quebec City and Carla Qualtrough is to be at Seaspan on the west coast.

The government says the announcements are about the Halifax-class frigates, a dozen ships considered the backbone of the Royal Canadian Navy.

The ships are 27 years old and have recently undergone major refits.

The government has promised $7 billion worth of long-term maintenance contracts to three shipyards, including one owned by Irving on the east coast.

It hasn't yet said how the work will be divided up, though, and the ministers' announcements may lay out schedules and spending plans.