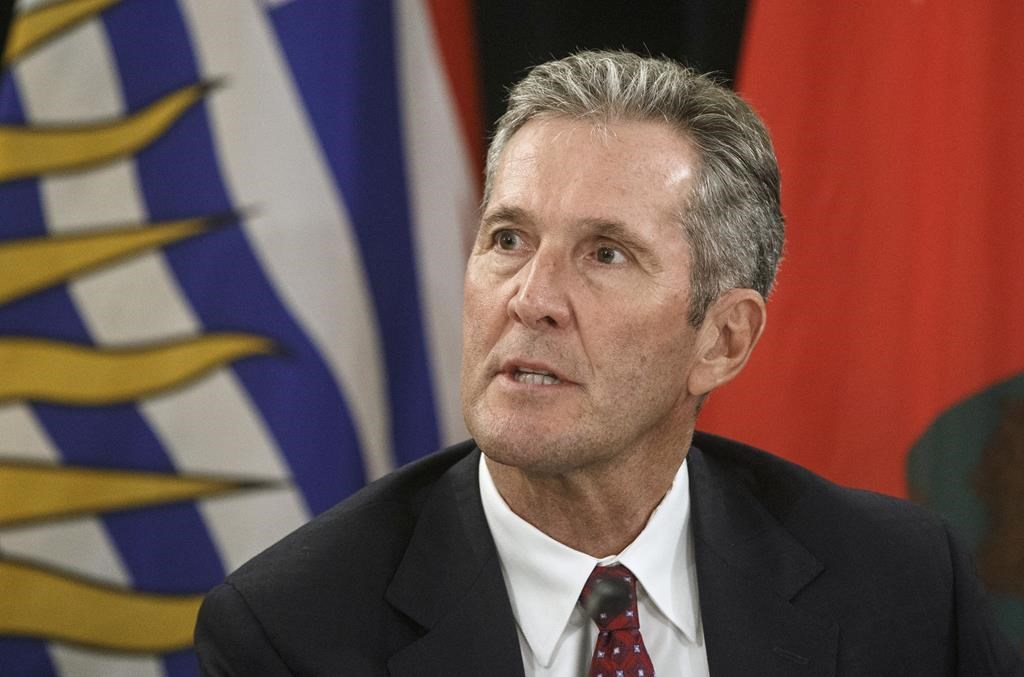 Premier of Manitoba Brian Pallister speaks to media during the Western Premiers' conference, in Edmonton on Thursday, June 27, 2019. File photo by The Canadian Press/Jason Franson
Previous story
Next story

The Manitoba government is planning to recruit civil servants from Quebec who are concerned about a new law in the province banning religious symbols at work.

Manitoba has a shortage of bilingual civil servants, Premier Brian Pallister says, and will send letters to Quebec professional organizations, colleges and other entities to invite public-sector workers to move west.

"We think that there may be people in Quebec right now who want to come to a province where we don't have clothing police, where their freedoms will be respected and their rights will be respected," Pallister said Thursday.

The Quebec ban on religious symbols in the workplace applies only to some people in the civil service in positions of authority, including judges, police officers, court clerks and public school teachers.

Pallister's office says the Manitoba recruitment effort will target a range of public workers in areas such as education, health care, social services and agriculture.

Critics say it unfairly targets Muslims, Sikhs and other religious minorities. Quebec Premier Francois Legault has said the law helps ensure secularism in the workplace and is supported by a majority of Quebecers.

Pallister raised his opposition to the law at a meeting of Canada's premiers in Saskatoon earlier this month, although it was not part of the formal agenda and was not included in the communique issued by the premiers after the meeting.

Pallister said the letter to Quebec organizations will be finalized soon and will be made available publicly.

The Quebec law was a campaign promise by Legault and took effect last month. It is being challenged in court by a national Muslim organization and a civil liberties group.

A Quebec Superior Court judge rejected their application Thursday to suspend the law until the court case can be heard.