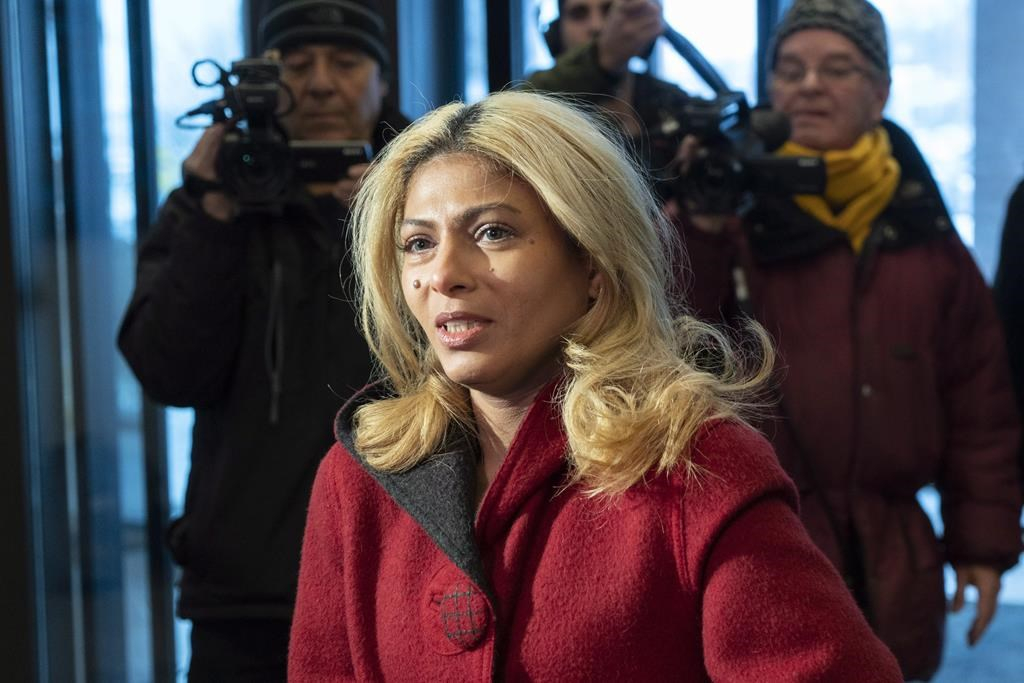 Ensaf Haidar, who lives in Sherbrooke, Que., with her three children, said Pence's comments were the first time a U.S. administration official has publicly mentioned her husband by name. She said she would like to meet President Donald Trump to talk about how he can help free Badawi.

"Trump is the only solution at the moment," Haidar said in an interview. The Canadian government, meanwhile, hasn't done enough to secure Badawi's freedom, she said.

Pence told an audience at the State Department that Saudi Arabia would go a long way towards restoring its international reputation if it released Badawi. The 35-year-old blogger was arrested on June 17, 2012, and was later sentenced to 1,000 lashes and 10 years in jail for his online criticism of Saudi clerics.

Pence included the jailed dissident on a list of four men detained across the world for exercising their faith in the face of incredible pressure.

In addition to Badawi, Pence called Abune Antonios, patriarch of the Eritrean Orthodox Church, Mohamed Cheikh Ould Mkhaitir of Mauritania and Junaid Hafeez of Pakistan prisoners of conscience who should be released.

"All four of these men have stood in defence of religious liberty and the exercise of their faith despite unimaginable pressure, and the American people stand with them," he said.

"Today, the United States of America calls upon the government of Eritrea, Mauritania, Pakistan and Saudi Arabia to respect the rights of conscience of these men and let these men go."

Haidar thanked Pence for his speech. "I have a lot of hope now," she said. Badawi, she continued, is having a difficult time being away from his family. He calls from prison several times a month — when his morale is high, she said.

And she is holding out hope the American government can do more to help her husband than her own government has. She said she personally asked Prime Minister Trudeau to offer Badawi Canadian citizenship.

"Up until now (Trudeau) has done nothing," Haidar said. "I am Canadian. My kids live in Canada. I thought Trudeau would do a lot to free him."

Marie-Pier Baril, spokeswoman for Foreign Affairs Minister Chrystia Freeland, said the Canadian government has raised the case of Badawi "at the highest levels and we have repeatedly called for clemency to be granted."

Trudeau has spoken directly with the king of Saudi Arabia, and Freeland has raised Mr. Badawi's case with her counterpart, Baril said in an email. "Last January, the prime minister and the minister of foreign affairs met with Ensaf Haidar, a strong and courageous woman, to discuss the continued imprisonment of her husband," she added.

"We remain in contact with Ms. Haidar, and we want to see Mr. Badawi reunited with his family. We will continue to raise our concerns over his situation both in Riyadh and Ottawa."

'You can’t trust the Saudis when it comes to human rights’: Daniel Turp

Raif's criticism of Saudi Clerics (an action specifically cited in this report) is an unforgiveable transgression in SA. Even the royal family avoids such actions and treads a very narrow precipice over the religious fanaticism of its clerics which has fueled the aggressive, state tolerated terrorism of the Kingdom and goaded the royal family into its proxy wars and war crimes.

One can assume the "reformist" Prince is the designated "hitter" for the family, lashing out at dissidents in order to keep the "Clerics" from open revolt. The MBS program of meaningless relaxation of certain punitive laws respecting women is counterbalanced by the jailing of the women who campaigned for the reforms!

Of, course western societies can't boast. Throughout our history male dominated governments have oppressed women, denied their humanity, burnt them at the stake, hanged them for daring to preach, jailed them for daring to demand the vote, and in some cases even killed them from force feeding or other brutalities.

Western societies engaged in hundreds of years of sectarian warfare, in rapacious and genocidal colonialism, thrived on slavery, and into our own generations perpetrated the continuance of slavery through discriminatory "race" based laws, through mass incarceration and racially driven assumptions driving a thorougly unjust, corrupt judicial system.

Mankind's original sin is not sex - it is the evolution of the brain that can conceive and carry out such a murderous, destructive agenda.