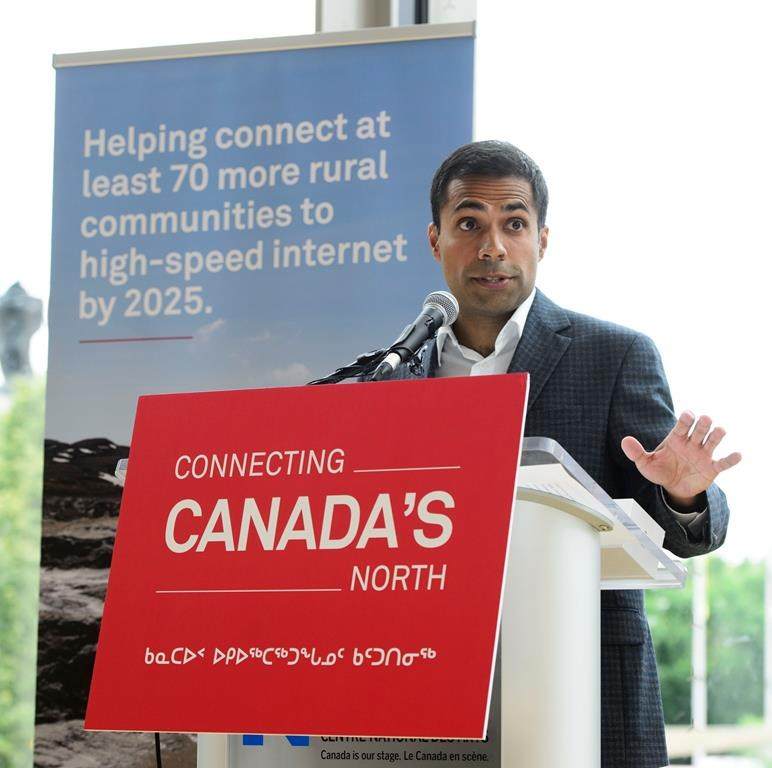 Ottawa is creating conditions for the telecom giant Huawei to create a monopoly on high-speed internet in Canada's Far North, leaving its residents vulnerable to Beijing's will, says a leading analyst.

Michael Byers, an Arctic-affairs expert at the University of British Columbia, said there's no immediate security threat to Huawei Canada's Monday announcement that it will partner with a northern telecom company and an Inuit development corporation to extend high-speed 4G wireless services to 70 communities in the Arctic and northern Quebec.

That technology is already common in more populous southern Canada, especially in cities.

But given the small size of the northern market that would mean little competition for providers in an expensive region where the Chinese telecom giant has a competitive advantage because of cheap Chinese labour, said Byers.

"The issue is whether it's OK for a Chinese company to potentially have a monopoly over communications in remote communities in Canada's Arctic," said Byers.

"Not because that's a sovereignty threat, but because it leaves those communities very exposed in the event that relations between China and Canada break down."

Huawei is already a controversial company in Canada because its chief financial officer Meng Wanzhou is at the centre of a diplomatic battle between Canada and China. She was arrested in Vancouver in December on an extradition warrant from the United States, which wants her on fraud charges.

Huawei is also waiting for a federal decision on whether it will be allowed to supply equipment for next-generation 5G wireless networks across the country, amid pressure from the U.S. not to do business with a company it views as an organ of Chinese military intelligence — an allegation the company denied again Monday.

However, the awarding of the 5G contract is entwined with the fate of two Canadian men who have been imprisoned in China since shortly after Meng's arrest. The Trudeau government has branded the imprisonments of ex-diplomat Michael Kovrig and entrepreneur Michael Spavor as "arbitrary," and many view their arrests as retaliation by China. China has also blocked imports of some Canadian agricultural products such as canola, as well as meat shipments.

Velshi, who was previously a longtime aide to Conservative politicians federally and in Ontario, said Huawei has received federal approval for its latest venture into the North, under the federal security-review program, which is designed to protect critical infrastructure.

"The equipment that is provided under this is fully compliant with the rules under that program" and is "non-core equipment so it's very much in line with that program," Velshi said.

Velshi repeatedly said the company has been operating in Canada since 2008 with no complaints, and engages in "regular co-operation both with customers and security agencies," which includes Monday's announcement of a partnership with ICE Wireless and Iristel. He repeatedly emphasized that the company is Canadian-operated, subject to Canada's laws, with a transparent structure.

Byers said that line of reasoning is "spurious."

"It's a subsidiary of a Chinese company. It's therefore subject to the control of its head office. That head office is subject to Chinese law," he said. "Anyone who thinks that Huawei is independent of the Chinese government is wrong."

For those reasons, the government is right to be concerned about allowing Huawei to provide the core equipment of new 5G networks, but it should also be concerned about Huawei developing a monopoly on internet communications in the Canadian Arctic with its current less-advanced technology, said Byers.

A spokesman for Public Safety Minister Ralph Goodale said he could not answer questions about how Huawei met the government's critical infrastructure compliance requirements for its new northern Canadian venture, and referred comment to the Communications Security Establishment. The CSE is the national codebreaking and cybersecurity agency, operating under the minister of defence.

In a statement, CSE said it worked with 31 telecommunications-service providers representing more than 99 per cent of the Canadian mobile market "to help mitigate the risk of cyber espionage and network disruption through the exploitation of supply chain vulnerabilities in the current 3G/4G/LTE environment."

The spy agency said non-disclosure agreements prohibit it from discussing its relationship with "specific vendors and Canadian telecommunications companies" and referred inquiries to the two companies now doing business with Huawei.

Jean-Francois Dumoulin, ICE's vice-president for regulatory and government affairs, refused to answer questions about how CSE vetted his company's dealings with Huawei.

Goodale, Prime Minister Justin Trudeau and other cabinet ministers say they will take the considerations of Canada's security agencies into account before deciding which companies can provide 5G technology in Canada.

Given humanity's eager participation in global communication networks it is ridiculous for us to expect that malign forces, under the control of hegemonic governments will not try to penetrate and corrupt these communication channels by any means possible. We already have ample evidence of the thrall in which avid users of internet communications platforms are held. The participants seem unable to exercise rationality, to sift truth from lies - or at any rate are too intellectually lazy to try.