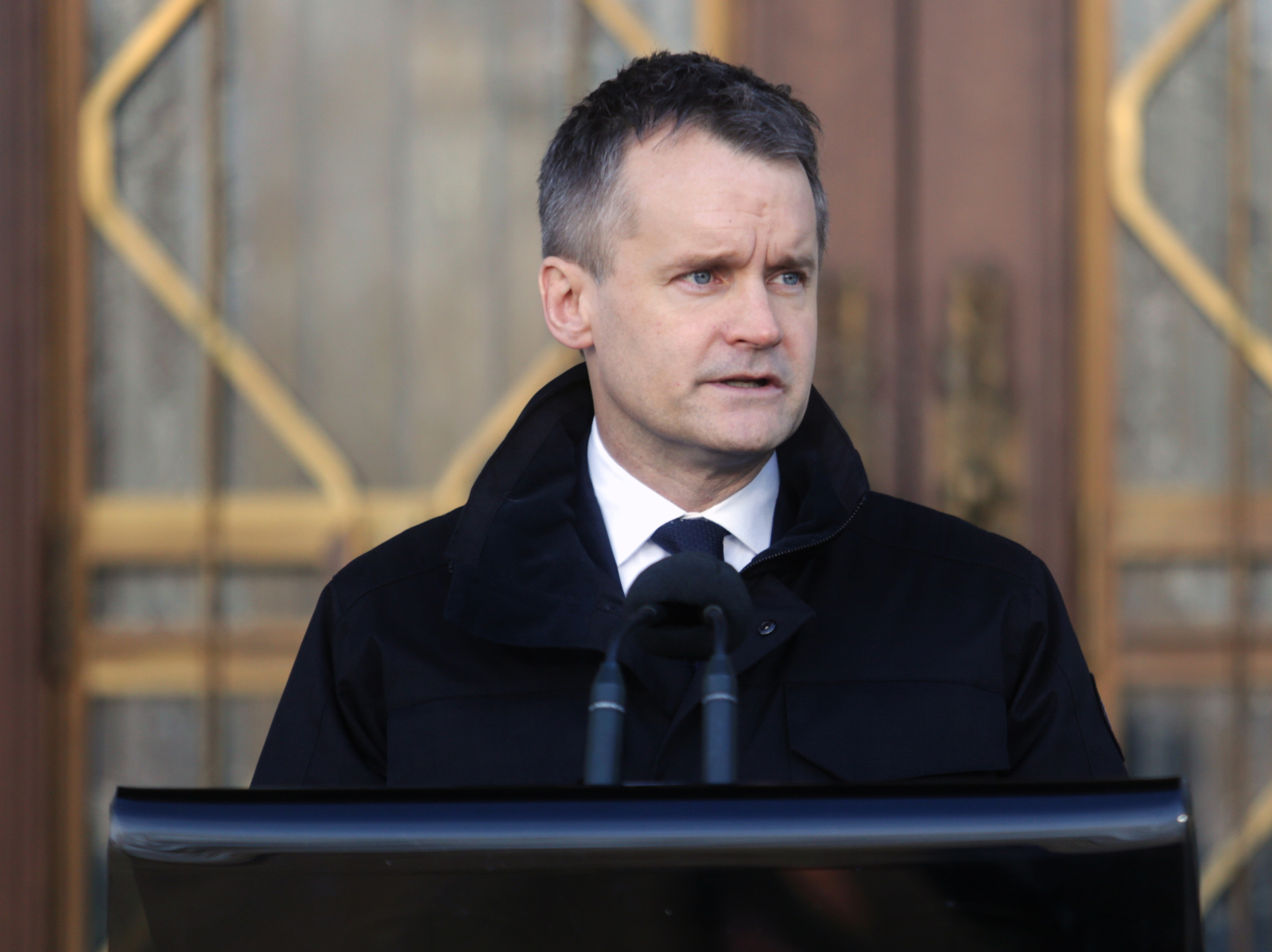 Federal technicians are in Attawapiskat to help address the water crisis that has enveloped the First Nation, Indigenous Services Canada said Tuesday.

The team will be offering Attawapiskat water treatment plant operators “additional training and assistance as necessary.”

As well, the department will be working with the community on a new “development” plan that would include a new raw water intake and a new treatment plant.

Attawapiskat called a state of emergency on July 7 for its roughly 2,000 residents after it found potentially harmful disinfection byproducts, called haloacetic acids and trihalomethanes, in its water system.

Residents have been told to limit their exposure to their community’s water supply, including bathing and showering, or washing food. Officials say clean water is available from a second system that is not pumped into people's homes.

Across Canada, dozens of Indigenous communities face problems with their drinking water and wastewater. As of July 10, there are 57 long-term drinking water advisories in effect nationwide. The Trudeau government, which committed to ending all such advisories by 2021, says 86 others have been lifted since it came to power and it's working on dealing with the rest.

While Attawapiskat was not under one of these drinking water advisories prior to the discovery of its water quality issues, the community has faced crisis before. In April 2016, it declared a state of emergency after a succession of attempted suicides that followed the self-inflicted death of 13-year-old Sheridan Hookimaw.

Advocates concerned about the health of the community due to its water crisis brought their message directly to Prime Minister Justin Trudeau.

Canada’s Guidelines for Canadian Drinking Water Quality say an effort should be made to maintain concentrations as low as possible without compromising the disinfection process.

The federal guidelines recommend a running annual average maximum of 100 micrograms per litre of trihalomethanes, for example. Shaun Mackie, environmental health manager at Indigenous Services Canada, said the last time water in Attawapiskat was sampled in April the system tested at 128.

Mackie was in the community this week along with Ray Copes, Public Health Ontario’s chief of environmental and occupational health.

Disinfection byproducts are groups of compounds that are produced when water that has been disinfected with chlorine reacts with organic material in the water, like decaying leaves.

Chlorine is a common tool used to disinfect drinking water. It kills bacteria, parasites and viruses and so essentially eliminates waterborne diseases such as typhoid or cholera.

As a result of using chlorine, many water treatment systems in Canada do have some level of disinfection byproducts, but it’s a balancing act.

The technical team is hoping to bring that number back down to acceptable levels, Mackie explained.

“The strategy to tackle elevated disinfection byproducts is you want to reduce the amount of organic chemicals in the water,” he said .

That means different things depending on the water source, Mackie said, such as looking at the reservoir and the pipes in the system to determine if material has built up over time.

“You have to make sure that your filtration at the water treatment plant is as effective as possible, so you can strip those organics out. You also have to ensure that you’re not overdosing your chlorine — because obviously you have to maintain chlorine at an effective dose,” he said.

NDP MP Charlie Angus recently visited the community, which is in his riding. Angus described the situation to CTV News as “institutionalized apartheid.” Fellow NDP MP Tracey Ramsey also visited Attawapiskat and told the Windsor Star it was “unconscionable.”

On Sunday, Indigenous Services Minister Seamus O'Regan flew to the community and attended a town hall meeting with roughly 200 people, according to CBC News. The minister said $1.5 million was available to flush out the water systems and spoke about a long-term plan for the community.

At the meeting, an eight-year-old girl burst into tears and the minister went to comfort her, he told CBC's Morning North.

He told the news outlet that he had said, “Canada does care about you. We do care about you, and we want to make sure that we do right by you."

The only sure way to keep

The only sure way to keep their water clean and potable is for some one to be hired to operate the water system. It appears this community like a number of others are incapable of doing it themselves despite the government pouring millions into system upgrades and training of locals. Thus it has to be someone from the non native community.
Charlie Angus is simply playing politics and offers little or nothing towards solving the problems.

Arriving in suit and tie and

Arriving in suit and tie and with public address system, these spread sheet politicos are not water technicians.

And, of course, Charley Angus has seen this type parade by for years with promises from spokespeople for Tweedledee and Tweedledom. Commentators should use google satellite to have a close look at the old trading site that this First |Nation was relegated to by Bay Street's earlier handmaids.

O'Regan to visit Attawapiskat at request of chief: minister's office