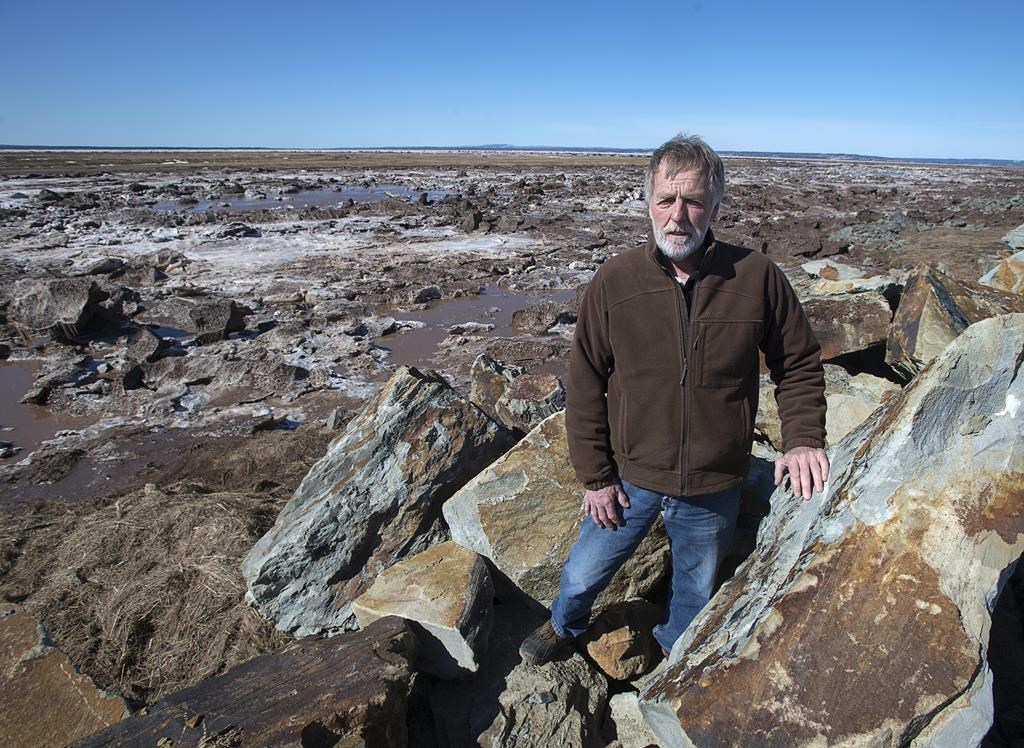 John Atkinson, an area farmer and land owner, stands on a dike along the LaPlanche River near Amherst, N.S. on Wednesday, March 20, 2019. File photo by The Canadian Press/Andrew Vaughan
Previous story
Next story

Mayors on both sides of the Nova Scotia-New Brunswick border are expressing relief that a process is underway to protect a key corridor of land from flooding related to climate change.

The two provinces this week issued a request for proposals for a study on preserving the low-lying 20-kilometre band of land between Amherst, N.S., and Sackville, N.B.

The document says the goal is to identify three different options for "viable and resilient engineered solutions" to retain the roads, dikes, railways and power lines on the Chignecto Isthmus.

Geographers, meteorologists and climate researchers have predicted a major storm surge could overcome aging dikes and damage the towns, and sea level rise over the next decades heightens that risk.

Mayors David Kogon of Amherst and John Higham of Sackville said today they're pleased the long-awaited bidding process has started and that their towns are named as stakeholders.

Previous studies have estimated the value of trade passing through the area at $50 million per day, with an average of about 2,490 vehicles using the route daily.