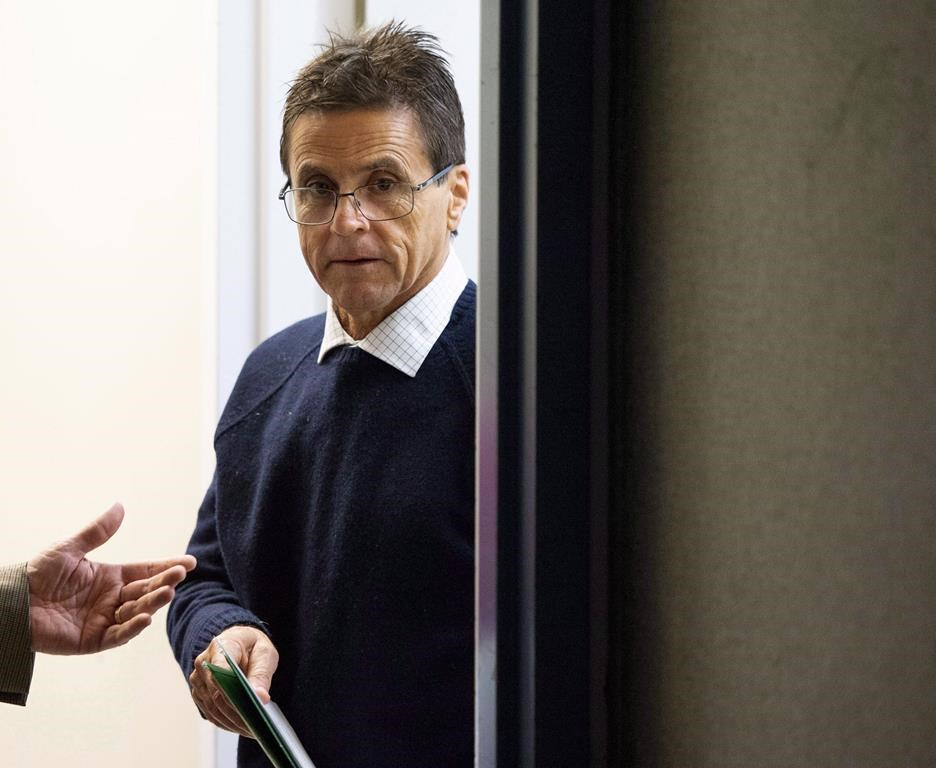 Hassan Diab arrives for a press conference on the French Court of Appeal's decision in his case on Parliament Hill in Ottawa on Oct. 26, 2018. File photo by The Canadian Press/Justin Tang
Previous story
Next story

An external review of the extradition of Ottawa academic Hassan Diab has concluded that federal lawyers on the case did their jobs ethically and within the law.

Murray Segal, a former deputy attorney general in Ontario, wrote that Canada's extradition law is largely misunderstood and the system could work better — but that nobody who worked on Diab's extradition broke the rules.

The 126-page document, presented to the federal government in May, was made public Friday. It examines whether government lawyers in the Department of Justice (DOJ) and its "international assistance group" (IAG) behaved properly in building and presenting the case for Diab to be sent to France on accusations related to a 1980 synagogue bombing.

"I have concluded that none of the criticisms lodged against the DOJ counsel have any merit," Segal wrote. "My conclusion that DOJ counsel acted in a manner that was ethical and consistent — both with the law and IAG practices and policies — is based on a firm factual foundation."

Segal noted that the scope of his mandate focused on Diab's case, and did not include a broader examination of the Extradition Act or extradition law in Canada.

French authorities suspected Diab was involved in the Paris synagogue bombing that killed four people and injured dozens of others. Diab has always denied the accusation.

The RCMP arrested him in 2008 following a request by French authorities. Diab, who is a Canadian citizen, was sent to France six years later despite an Ontario judge's acknowledgment that the case against him was weak.

French judges eventually dismissed the allegations against Diab in January 2018, after he spent years imprisoned there. Diab returned to Canada that same month.

Last fall, however, a French appeal court ordered a fresh review of evidence in the case and a ruling has yet to be made.

Diab, his lawyer, academics and human-rights groups have been urging the federal government to hold a full public inquiry into his case and to reform the Extradition Act to ensure others aren't caught in the same situation.

In his report, Segal wrote how Diab's long detention in France and eventual return to Canada "sparked widespread debate about both his treatment and Canada's extradition process."

Segal said many concerns have centred on how Diab's extradition was carried out despite the weak case presented by French authorities, and that he was detained for three-plus years there before returning to Canada without ever standing trial.

Critics, he added, have also said the process "favours prompt compliance" with Canada's obligations to its international partners over the protection of individual rights of those targeted for extradition.

Segal pointed out that an extradition hearing is not a trial, and that the proceedings are intended to be "fair but expeditious."

He listed 14 recommendations that include:

— Making an effort to create a buffer between the DOJ lawyer, acting on behalf of the requesting state, and the IAG lawyer responsible for advising the government

— Considering making more extradition-related information available to the public. The suggestions include sharing statistics about extradition requests made and received by Canada; the policies and procedures guiding decisions within the IAG; the factors that a minister will weigh before making a decision to surrender an individual; all summaries of surrender decisions.

Shortly after Segal's report was made public Friday, Justice Minister David Lametti said he is studying the recommendations on how to improve Canada's extradition process, and how to make it more transparent and more understandable for the public.

"There are certainly recommendations there that will help — you can always make a process better," Lametti told reporters in Halifax.

"Obviously, I have a great deal of sympathy for Dr. Diab and for his family and for what they went through — nobody wants to see anybody sit in prison in a foreign country for that period of time waiting for their case to be tried."

Lametti's predecessor, former justice minister Jody Wilson-Raybould, ordered the review in May 2018. She asked for the investigation to focus on whether the Extradition Act was followed in Diab's case and if there are specific concerns that need to be addressed with regard to Canada's extradition treaty with France.

The findings of the external review were made public at a time when Canada's extradition law is under intense international scrutiny, following the December arrest of senior Huawei executive Meng Wanzhou in Vancouver at the behest of the United States.

Meng's arrest angered China and Canada now finds itself entangled in a diplomatic crisis with the Asian superpower. In the days after Meng's arrest, Chinese authorities detained two Canadians on allegations of espionage.

The Trudeau government has repeatedly insisted Meng will be dealt with fairly and transparently by an independent judiciary. The prime minister has called China's arrests of Canadians Michael Kovrig and Michael Spavor arbitrary.

Lametti said each extradition case is unique and dealt with according to the treaty with the country that makes the request.

Canada has a free speech crisis, but it's not what you think