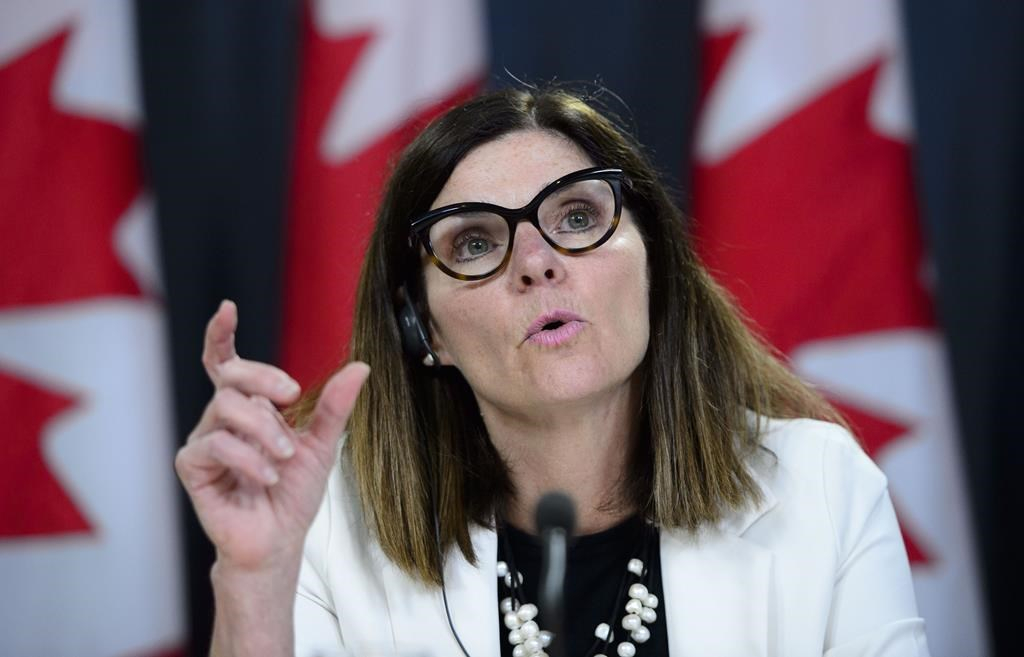 Minister of Seniors, Filomena Tassi speaks during a press conference at the National Press Theatre in Ottawa, Ontario on Thursday, July 18, 2019. File photo by The Canadian Press/Sean Kilpatrick
Previous story
Next story

The federal government is moving to trade, in bulk, information on expatriate seniors with other countries to save time and money when one of them dies.

About three million Canadians live overseas, including seniors who qualify for federal benefits such as old-age security and the Canada Pension Plan.

Internal government documents prepared for Seniors Minister Filomena Tassi and obtained by The Canadian Press under access-to-information law outline the problem when one those expats receiving benefits dies overseas.

Simply put, details about a death have been passed on ad hoc, leading to delays in reporting and incorrect payments the government had to chase down to get back.

Federal officials have started exchanging digital files in bulk with the Netherlands since a two-way agreement on handling this information was signed in March.

Employment and Social Development Canada, which is responsible for the most of the programs involved, says it and many other foreign governments are looking to sign more such deals to improve the efficiency of public pension programs.

The government is able to pay pensioners abroad and give pension benefits to foreign nationals living in Canada through social-security agreements signed over decades with other countries. Canada has signed 60 such deals, including with the U.S., U.K., Japan, China and Mexico, among others.

These agreements let people who are eligible for benefits from both governments — because they lived and worked in both places for extended periods, for instance — get co-ordinated payments in local currency, which is usually more convenient for them.

The most recent actuarial report on the old-age-security program said that about 1.9 per cent of men and 1.3 per cent of women who received the seniors' benefit lived abroad in 2015. The report also expected these numbers to "slightly increase" in the coming years.

For years, the agreements only allowed personal information about benefits recipients to flow between governments on a case-by-case basis, and on physical paper, to determine whether an expat was entitled to public benefits. ESDC said the exchange of information generally happened when someone applied for benefits through one of the international agreements.

The presentation provided to Tassi in March noted that there were "no systematic processes in place" for finding out when someone dies abroad.

The result, officials wrote, were delays in reporting deaths that "often result in costly overpayments and prolonged collection efforts" as well as a risk the deceased's "identity and account may be compromised."

The situation was likely to get worse, officials said: "Considering the global patterns in migration, the movement of pensioners around the world, and the lack of systematic processes in place, it is increasingly difficult to obtain timely notification of death of a beneficiary living abroad."

Since 2015, ESDC has tried to solve this conundrum by signing international agreements to digitally ship information on multiple beneficiaries at one with a click of a button. The first such deal was signed with the Netherlands in March and ESDC said the first exchange of information took place in April.

The documents say the Netherlands was selected as the first foreign partner under the department's "death abroad data exchange" initiative because of, among other things, the number of expats in each country's jurisdiction. There are about 5,000 Canadians receiving old-age security and Canada Pension Plan payments in the Netherlands, and about 15,000 Dutch pensioners living in Canada.

The documents say 16 countries were identified as potential partners for the initiative, and that the "timing and volume" of negotiations for future agreements will be weighted against other departmental priorities.

Monsef poised to restore voting rights to expats, among other democratic reforms