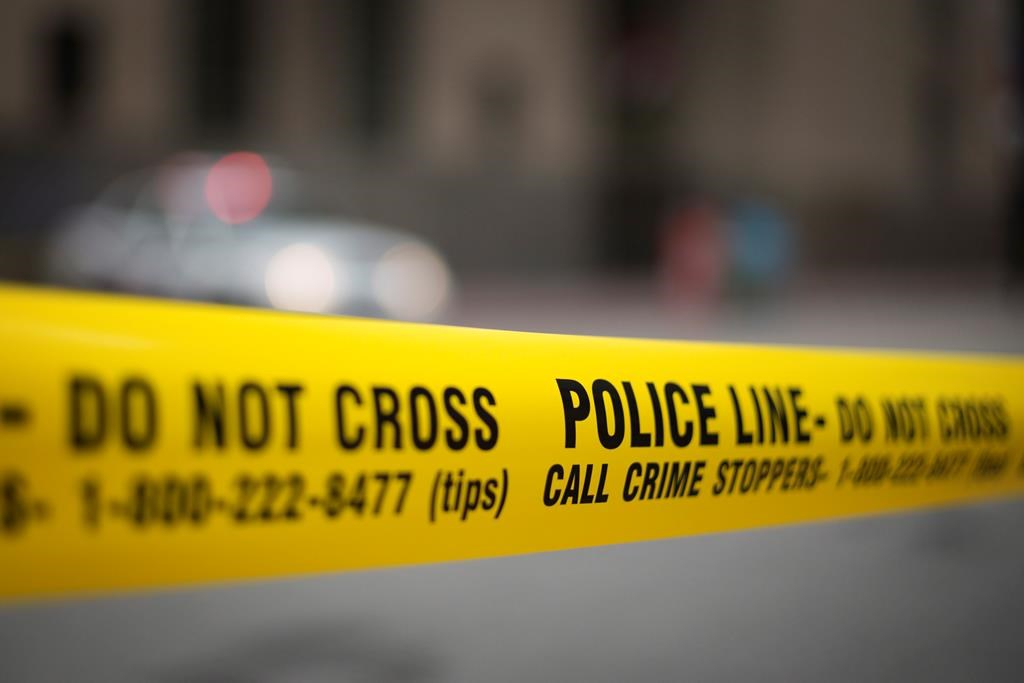 Police tape is shown in Toronto on May 2, 2017. File photo by The Canadian Press/Graeme Roy
Previous story
Next story

Thirteen people were injured after nearly a dozen shootings across Toronto over the long weekend, one of which sparked chaos as gunshots rang out in a packed nightclub.

"This is not a normal weekend in the City of Toronto," said Toronto police Chief Mark Saunders at a press conference on Monday.

He said there were 11 separate shootings since Saturday and 13 victims, with about a third of the incidents taking place in north Toronto.

Saunders said he was particularly concerned about a shooting at District 45 nightclub which left seven people injured.

"I find it disturbing when you've got over 100 people and someone would be brazen enough to pull out a gun and start shooting," he said.

Police spokeswoman Const. Allyson Douglas-Cook said the club was at capacity when gunshots were fired early Monday, injuring two men and three women. Two more people arrived at the hospital on their own later that day, she said.

One of the male victims remains in life-threatening condition, said Douglas-Cook.

Saunders said no suspects have been identified in the shooting, but he called the case "very solvable."

He said investigators are reviewing the club's surveillance footage and he asked witnesses and anyone with information to come forward to police.

District 45 released a statement that said it was co-operating with police on the investigation.

Another shooting early Monday left two men in hospital. Police said a nearby vehicle was found riddled with bullet holes.

Mayor John Tory released a statement reaffirming his position on banning handguns, which he said he believes would address gun violence in the city.

"This was always put forward as a part of the answer to gun violence together with changes to other laws affecting things like bail, additional support for police, and the paramount need for all three governments to invest together in kids, families and neighbourhoods," said his statement.

Saunders said the decision to ban guns is up to politicians, but he welcomes anything that removes firearms from Toronto streets.