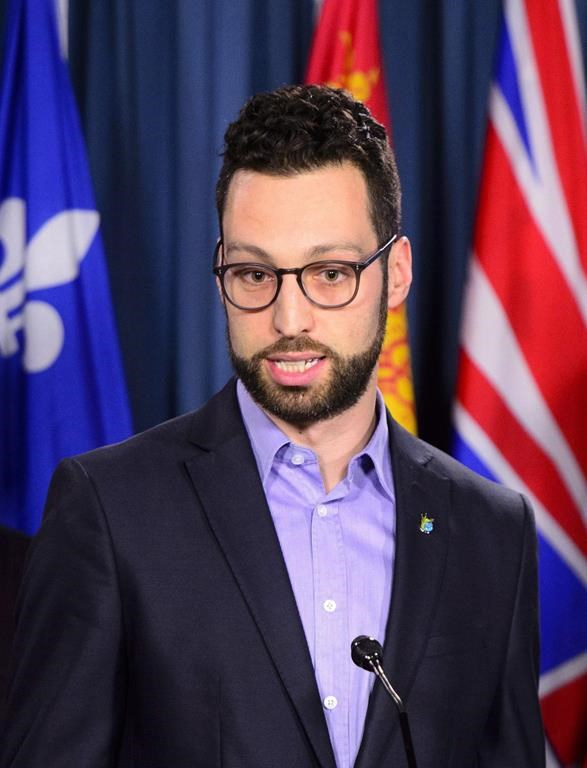 An environmentalist who monitors the Ottawa River says he's skeptical of the Quebec government's contention that a local hydro dam is to blame for the deaths of thousands of fish near the national capital because the province won't say how it reached that conclusion.

Patrick Nadeau, executive director of the Ottawa Riverkeeper, said "time is of the essence" to figure out exactly why there have been four waves of fish kills on the Lievre and Ottawa rivers since July 8, before it happens again, or contributes to more fish kills downstream.

"This is not happening in a lake, it's happening in a fast-flowing river," Nadeau said. "These fish die and then get carried down by the current so if there is a point source like a chemical spill you need to get there as fast as you can."

The first dead fish were found by local residents and fishing guides in the Ottawa River near the small hamlet of Cumberland. Further investigation determined the fish were coming from the Lievre River, which flows into the Ottawa River east of the city. The first incident was recorded July 8, with three more on July 19, July 29 and July 31.

Initially, the Quebec government said their analysis pointed to a toxic spill, but couldn't identify the source.

Then last week, after the fourth wave of deaths, the Quebec environment department turned its attention to a hydro dam on the Lievre River.

Nadeau said the province has provided no information to back up its claim and should, at the very least, explain the reasoning so the dam can stop doing whatever may be killing the fish.

"Fish-kill incidents happen," he said. "We know that these occur throughout the country and sometimes dams are indeed the cause, but of all the known causes that dams can induce fish kills, it's not immediately apparent to us what mechanism is at play here. We've been scratching our heads at this one."

A spokesman for Quebec Environment Minister Benoit Charette says the most recent test results are still being analyzed and nothing more will be said about the hydro dam "hypothesis" to avoid tainting the investigation.

Nadeau says the presence of two provincial governments and the federal government have made the situation more confusing, because multiple investigations were being done and they weren't all communicating with each other or in agreement.

The Ontario/Quebec border runs right through the Ottawa River, and with the fish initially found in Ontario, it was that province that stepped in first. The Ontario government mostly backed out of the matter after it was determined the fish were dying on the Lievre, which is entirely in Quebec.

Environment and Climate Change Canada is also conducting an investigation. The department hasn't yet responded to queries about the status of that probe.

Nadeau says the situation underscores the need for joint watershed councils to oversee any body of water that crosses jurisdictional boundaries.