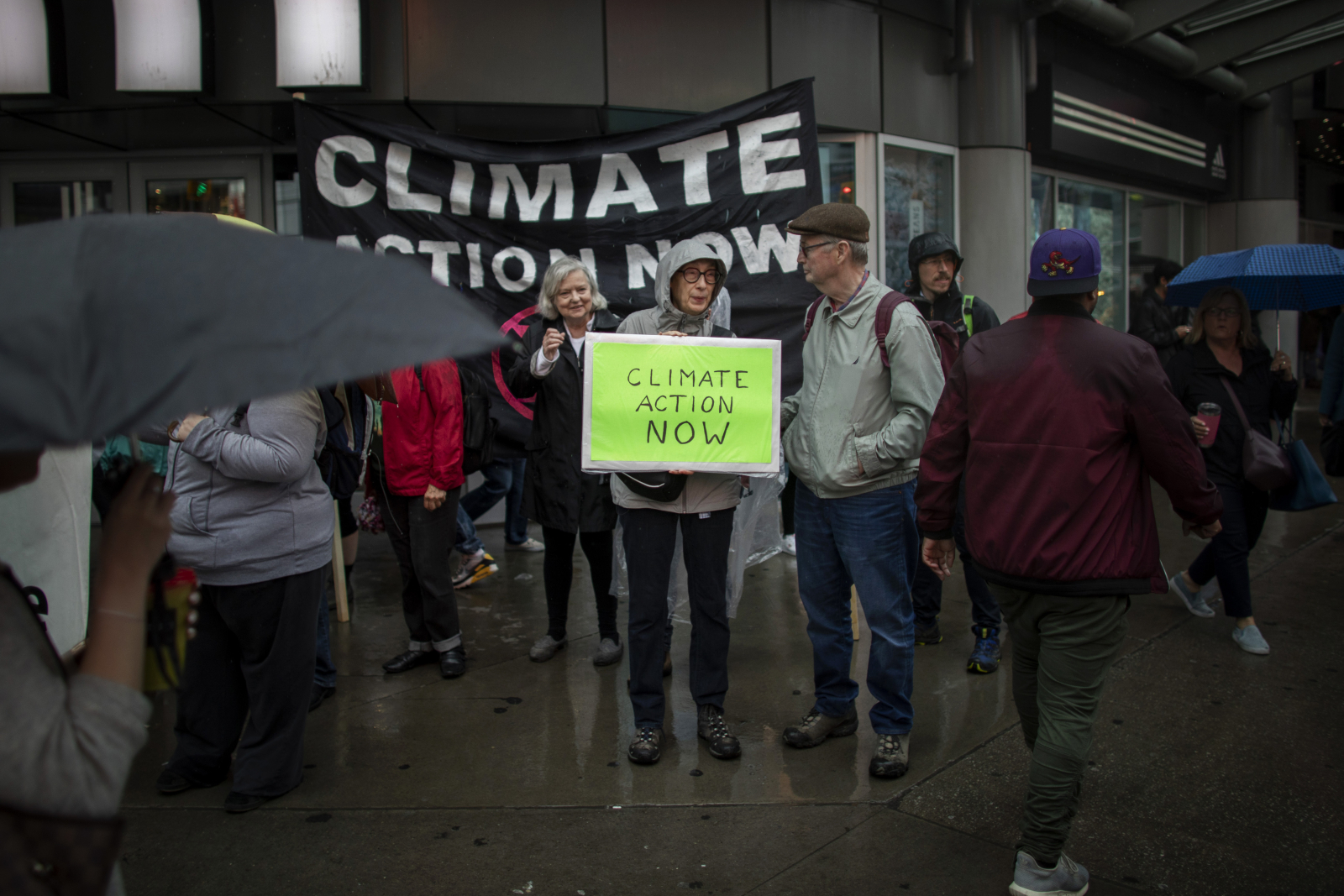 Protesters, joined by faith leaders and members of Extinction Rebellion Toronto, took over the intersection of Yonge and Dundas streets in downtown Toronto on June 10 as part of a demonstration to declare a climate crisis. Photo by Nick Iwanyshyn
Previous story
Next story