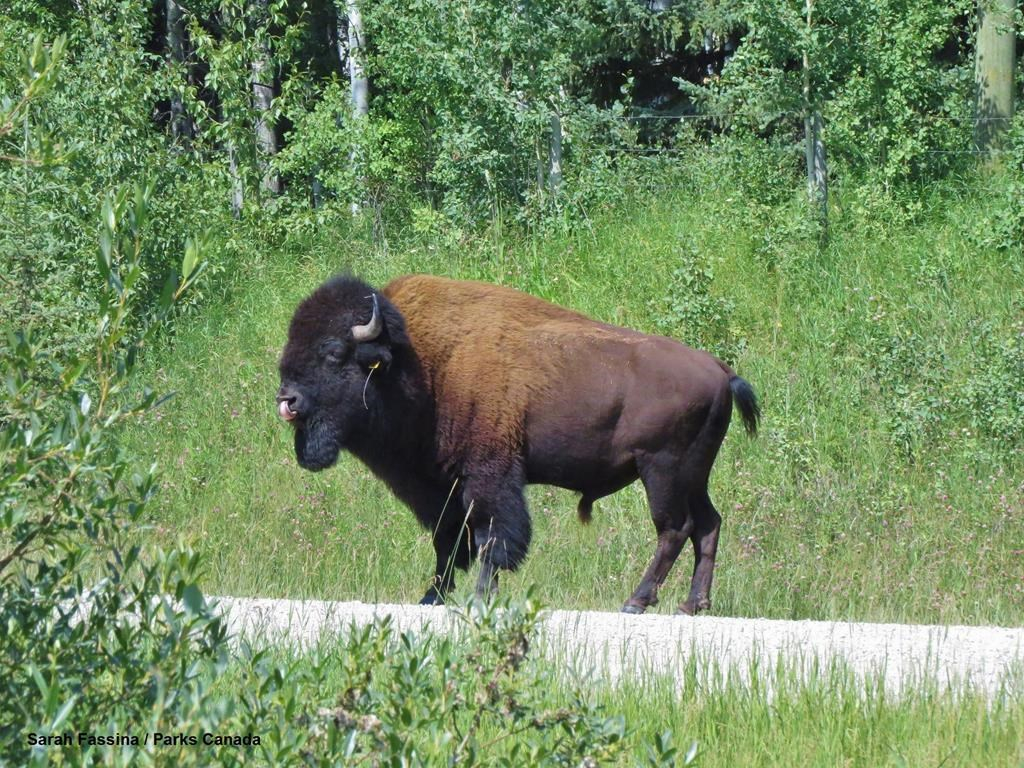 A herd of wild plains bison has been free to roam a 1,200 square-kilometre area in the backcountry for the past year as part of a pilot project to determine whether they can be restored in the country's first national park.

Blair Fyten, a human-wildlife conflict specialist with Parks Canada, said they got a report on Aug. 1 that one of the animals had left the park.

Fyten said they received another report from a member of the public on Aug. 4 and kept searching.

He said they don't know how the five-year-old bison ended up there, but decided to immobilize and relocate the animal because of its proximity to agricultural areas and its continued eastward movement.

"We are pleased to report that the bison is safe and healthy, however, it will no longer be part of the Banff Bison Reintroduction Project and will not be returned to Banff National Park," said Fyten, reading from a statement.

He said the bison will join a small herd of plains bison managed by Parks Canada at Rocky Mountain House National Historic Site, which has a 24-hectare fenced-in pasture.

It's not the first time a bison has wandered out of Banff National Park since the herd was allowed to roam free.

Last August, two bison bulls were removed from the herd because they posed a safety risk to the public and to livestock. One of the bulls was killed by park wildlife staff, while the second was captured and relocated to Waterton Lakes National Park's bison paddock.

The rest of the herd, which is 35 animals, remains within Banff National Park.

"The main group — it would be 33 animals — are currently in the northwest section of the park within the reintroduction zone," said Saundi Stevens, acting lead on the bison project. "The remaining two bulls, at last known location, they were apart from that main group.

"Adult males do have a tendency to wander further."