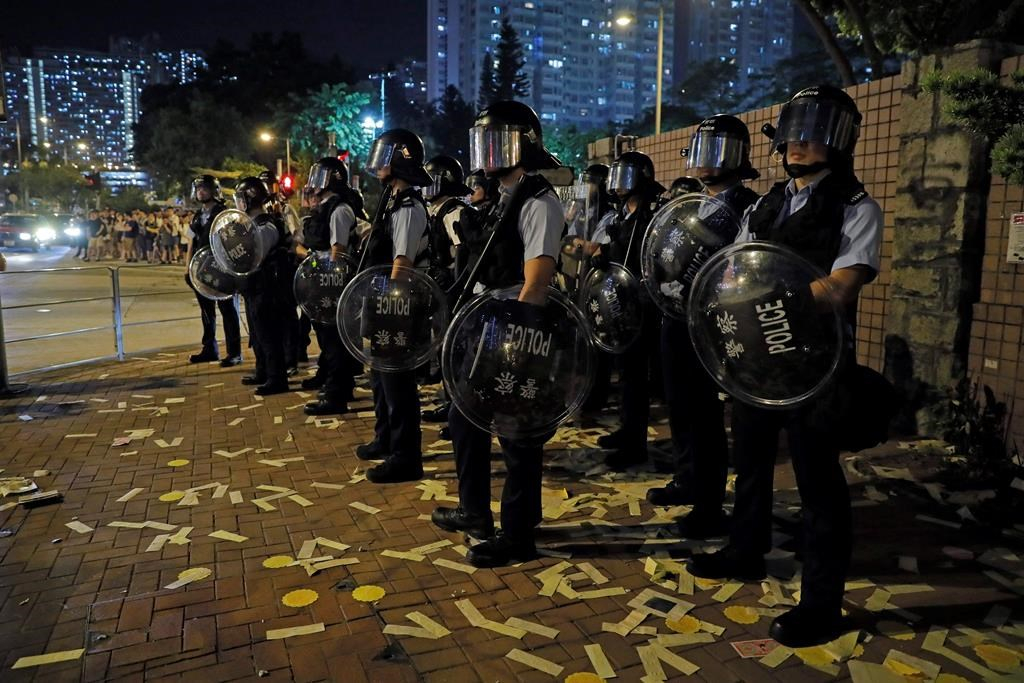 Riot police stand guard during a demonstration that coincided with the ghost festival in Hong Kong on Friday, Aug. 9, 2019. File photo by The Associated Press/Kin Cheung
Previous story

The federal government has issued a travel advisory that urges Canadians travelling to Hong Kong to exercise "a high degree of caution" because of the escalating protests in the city.

Canadians are advised to "exercise a high degree of caution at all times, monitor local media and follow the instructions of local authorities."

The United States, Australia, Ireland, Britain and Japan are among several other nations that have also issued travel advisories to their citizens.

Pro-democracy protesters demonstrated at Hong Kong's airport Friday even as the city sought to reassure visitors of their welcome despite the increasing levels of violence surrounding the two-month-old protest movement.

The government concedes road blockages and confrontations between police and protesters have caused inconveniences, but says they were limited to specific areas.

The protests, however, are not abating, and more are planned for this weekend, including at the airport, where protesters holding signs staged a sit-in at the arrival and departure halls Friday.