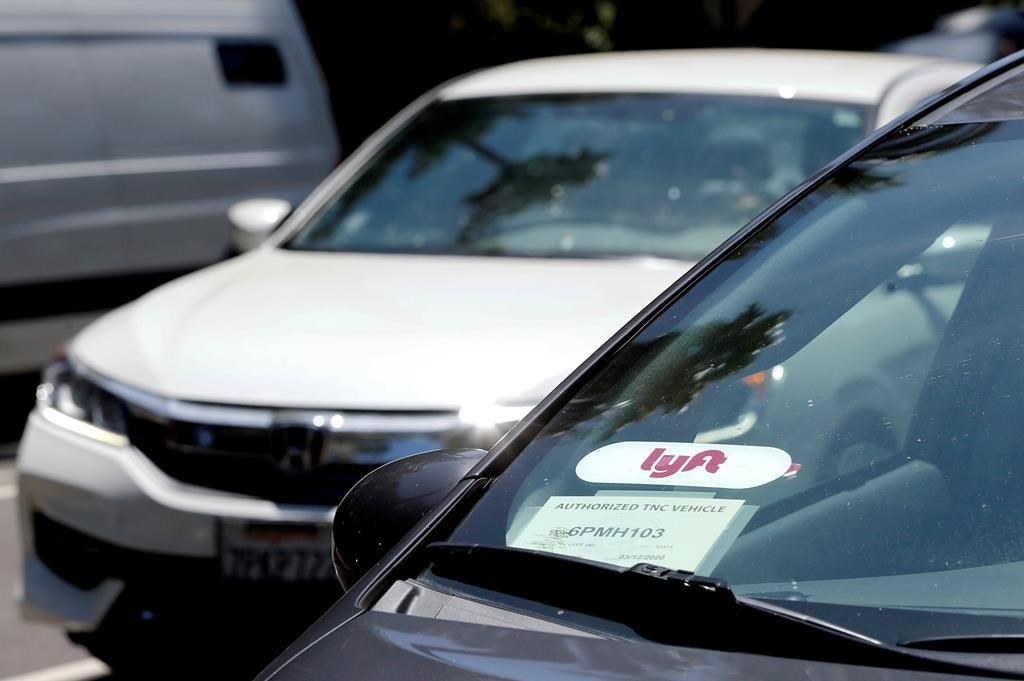 A Lyft ride-share car waits at a stoplight in Sacramento, Calif. on July 9, 2019. File photo by The Associated Press/Rich Pedroncelli
Previous story

Ride-hailing company Lyft says it plans to be operating in Vancouver before the end of this year.

The Passenger Transportation Board in B.C. has yet to unveil its final ride-hailing regulations, but a statement from Lyft says the company is confident its operations will begin in the Lower Mainland sometime this fall.

The B.C. Transportation Ministry has set Sept. 3 as the date ride-hailing companies can apply to enter the market, while rules covering fares and the number of vehicles permitted for each ride-booking service are expected by the end of the summer.

Peter Lukomskyj has been named as Lyft's first general manager in B.C., and says the company hopes to expand throughout the province, especially into areas where additional transportation options are most needed.

But he says given the number of Class 4 commercially-licensed drivers required to sustain the ride-hailing network, the company's immediate focus is the Lower Mainland.

Lukomskyj says Lyft remains concerned there may not be enough drivers with commercial licences to allow it to expand beyond the region.

Lyft's plans for ride-hailing services outside Vancouver are expected to be announced closer to its Lower Mainland launch.

"We are still quite concerned about the requirement for drivers to have commercial licences as it will negatively impact driver supply and restrict the regions in which we are able to operate," Lukomskyj says in an emailed statement.

Class 4 licence holders include taxi, limousine and ambulance drivers. They must be at least 19 years old with a minimum of two years of non-learner experience and fewer than four penalty points over the preceding two years.

Numerous organizations in B.C., including the craft brewers guild, epilepsy society and the province's gaming and restaurant associations have called for ride-hailing.

Lyft already operates in Ottawa and the Greater Toronto Area between Hamilton and Oshawa.

In the U.S., the company says its ride-hailing app is available to 95 per cent of the population.

B.C.'s Opposition Liberals and the Green party spokesman for transportation both relay concerns about the need for a Class 4 licence for ride-hailing drivers.

"Cities like Victoria, Prince George, and Kelowna have been actively prevented from getting ride-hailing by John Horgan's meddling. To say nothing of the countless B.C. communities currently lacking even reliable taxi service," says Sturdy.

Green member of the legislature Adam Olsen says he has brought up the concern with the transportation minister in the past, noting that safety standards can be maintained in a way that doesn't create barriers for these companies.

"The government's own transportation consultant Dan Hara made similar comments in his 2018 report to government titled, Modernizing Taxi Regulations, in which he suggested alternatives to the Class 4 licence requirement," Olsen said.

Transportation Minister Claire Trevena has said the requirement of a Class 4 licence is about safety for those who use the service.