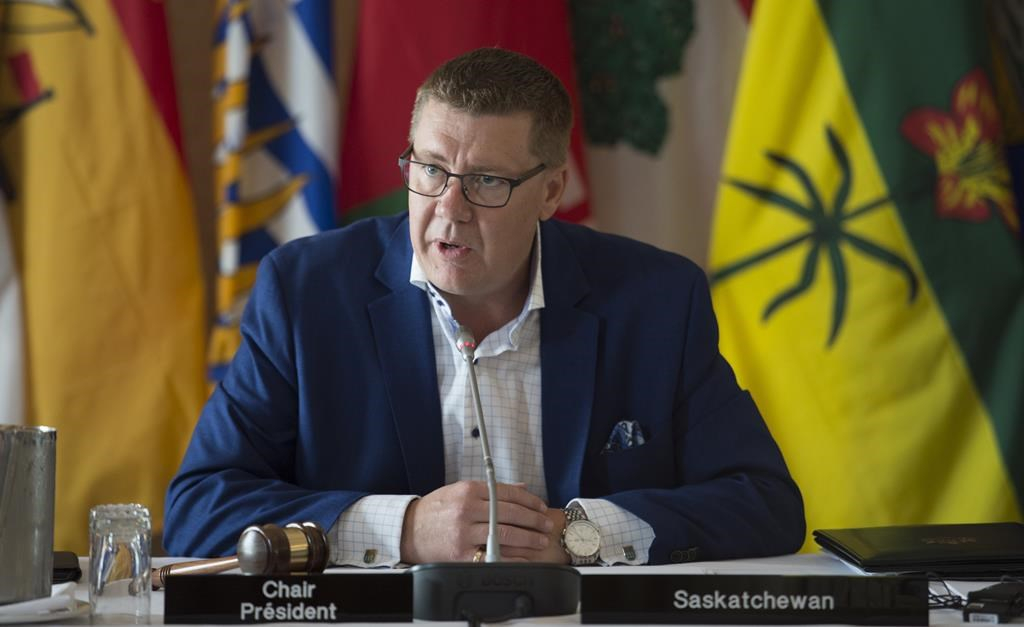 Saskatchewan Premier Scott Moe is suggesting the federal government is playing favourites with infrastructure funding to give a boost to Liberal-area member of Parliament Ralph Goodale.

The province is in a dispute with Ottawa over how millions in federal infrastructure dollars will flow to projects in different communities.

Moe questions why the federal government is focused on funding for two outdoor swimming pools in Goodale's Regina riding when they're not a priority for the province.

He says there's a long list of other recreational projects Ottawa could consider.

"This is an infrastructure fund that is put forward to ensure that we can move forward on provincial priorities," Moe said Tuesday.

"This is not Ralph Goodale's re-election fund."

Goodale said the pools, one of which serves low-income inner city kids, have been identified as important to Regina.

"The provincial government has said that those kids are a lesser priority than a landfill or a garbage dump somewhere else," he said.

Goodale also said of the 25 infrastructure projects the province submitted for federal funding, 21 of them fall in constituencies represented by Moe's Saskatchewan Party.

"So what do you read in that?" he said. "Surely that's not partisan."

The federal government recently announced it had approved funding for 13 of Saskatchewan's infrastructure projects and would be likely to approve more.