Canada sending plane to Uganda to help with peacekeeping in Africa 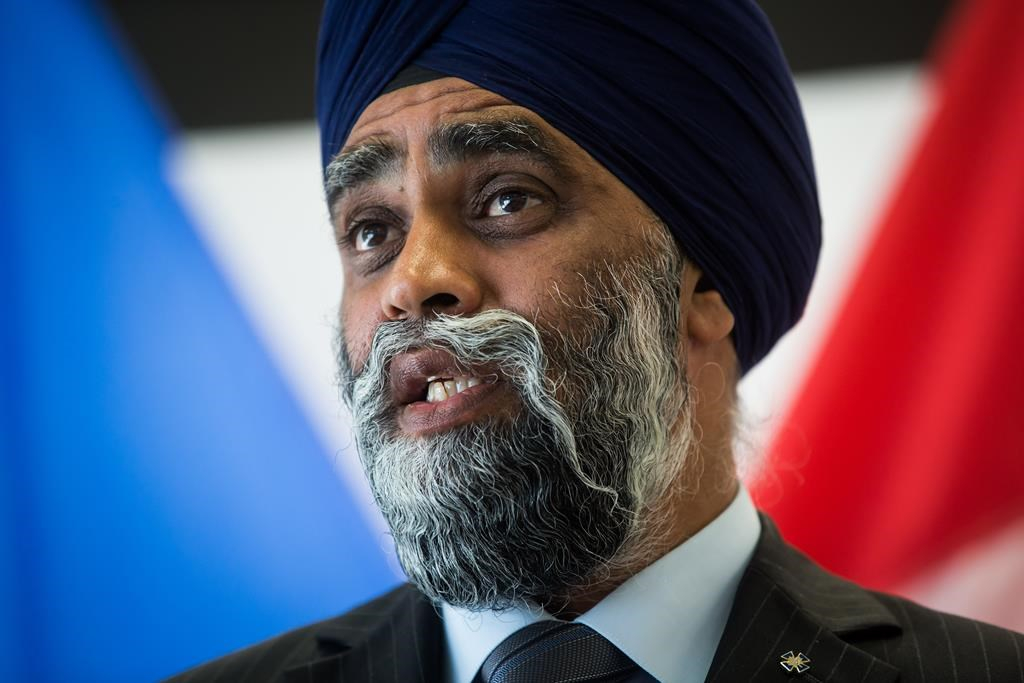 Defence Minister Harjit Sajjan speaks during a news conference announcing that a Canadian Forces Hercules transport plane will be sent to support a UN peacekeeping mission in Uganda, in Vancouver, on Aug. 15, 2019. Photo by The Canadian Press/Darryl Dyck
Previous story
Next story

A Canadian Forces Hercules plane will be sent to Uganda to take part in a United Nations peacekeeping mission during the next 12 months, transporting troops, equipment and supplies to Congo and South Sudan.

Defence Minister Harjit Sajjan said Thursday the aircraft will be supported by as many as 25 Canadian Armed Forces personnel and it will be used up to five days a month to help the UN mission operating from Entebbe.

"Our contributions will help maintain the United Nations' ability to respond to crises more quickly and more efficiently," he said in making the announcement in Vancouver.

"We have worked closely with the United Nations to determine how to best use our resources."

In late 2017, Prime Minister Justin Trudeau promised the UN that Canada would send the plane.

It was one of three promises he made when Canada hosted a major peacekeeping summit in Vancouver.

Only one of the promises had been fulfilled, and that was the deployment of a unit of helicopters and military personnel to help with medical evacuations in Mali.

Trudeau also promised the UN a 200-strong "quick reaction force," but Canada has yet to register it in a UN database, which means it has not been formally offered.

"It takes time to be able to do the proper planning," he said. "It's very complex supporting multiple missions, working through the United Nations' systems to make sure it's done well" and to co-ordinate with other countries.

The federal Liberals campaigned in the last election on a promise to renew Canada's commitment and role in peacekeeping in a major way, but have since been accused of not living up to the spirit of that pledge.

The government insists it is committed to peacekeeping, as evidenced by its decision to extend the mission in Mali by one month, which came after pressure from the UN and some of Canada's allies.

In a statement, Foreign Affairs Minister Chrystia Freeland said adding a plane to the UN mission in Entebbe "is an excellent example of the smart pledges that Canada will continue to support so we can fill critical gaps in UN peacekeeping."

The Security Council extended the mandate of the more than 18,000-strong peacekeeping mission in Congo — the UN's biggest and most expensive, with a budget over US$1.1 billion — until Dec. 20 with a priority mandate of protecting civilians and supporting "the stabilization and strengthening of state institutions."

A fact sheet released last month by the U.S.-based Armed Conflict Location & Event Data Project said there have been nearly 790 "organized political violence events" in more than 420 locations since Tshisekedi's inauguration on Jan. 24. There were nearly 1,900 conflict-related fatalities reported in these events, including over 760 deaths from violence targeting civilians, it said.

Defence minister to announce military will be sending plane to Uganda