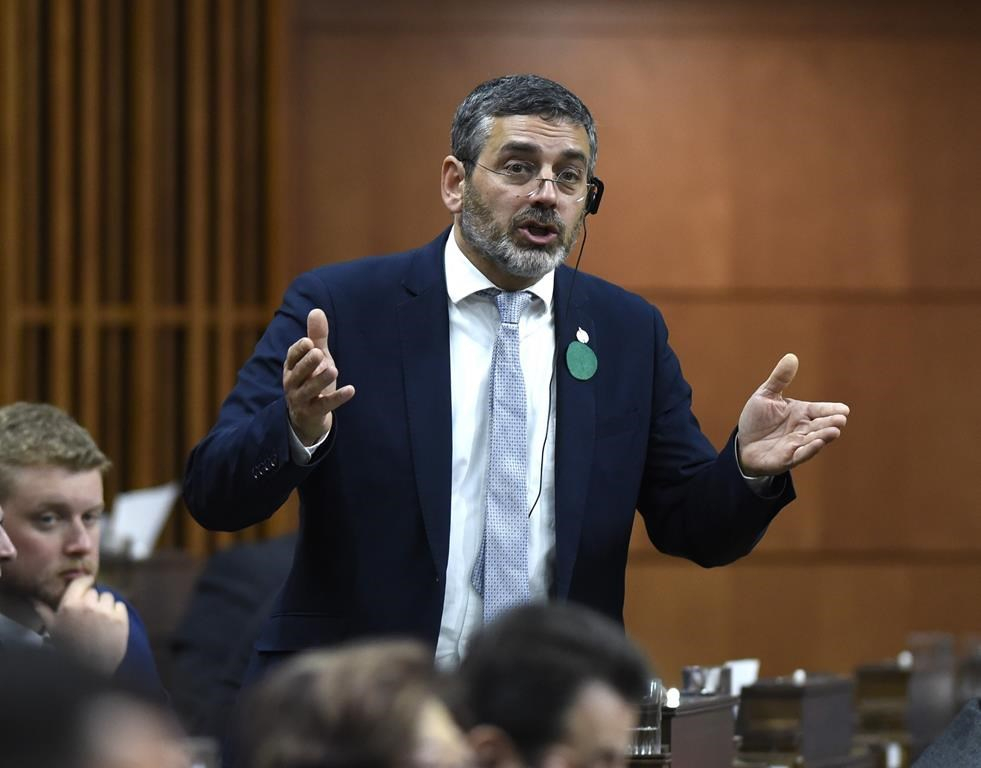 The New Democrats booted Quebec MP Pierre Nantel out of the party's federal election fold Friday after confirming with him that he is in discussions to run for the Green party instead.

Nantel has been a New Democrat MP for the riding of Longueuil—Saint-Hubert since 2011 and had already been nominated as the NDP candidate in the riding for the Oct. 21 vote.

In an interview with La Presse Canadienne, Nantel said the "climate crisis" is an issue of great importance to him and that he's been trying to determine how best to represent Quebec residents while also running for a party committed to taking firm action on climate change.

He said he believes Green party Leader Elizabeth May is the only federal leader willing to truly tackle climate issues.

"There are not five or six choices," Nantel said in French.

"There are two choices: the status quo with the Liberals and the Conservatives or there's the alternative. And I think factually, for no matter who is looking at the climate situation, the person who embodies that, it's obviously Ms. May."

It's unhelpful for the various parties to be warring over an issue as important as climate change, he continued, describing May as the only person who has shown leadership on the file.

"I'm not running for me, I'm running for the planet. To shed the most light on this debate, a non-partisan approach would be ideal but it's not possible, so I am considering going Green."

Melissa Bruno, national director of the federal NDP, issued a brief statement Friday saying Nantel is now out as a New Democrat.

"Given confirmed reports that Pierre Nantel, NDP candidate for Longueuil-Saint-Hubert, is in discussions with another party to run under their banner, he has been removed as the NDP candidate," Bruno said in her statement.

In the spring, Nantel had flirted with the idea of crossing the floor to join the Bloc Quebecois, but ruled that option out in May.

Deputy NDP leader Alexandre Boulerice says Nantel always guaranteed that he was committed to the NDP and that he was proud to be one of the party's members of Parliament.

But after radio host and former Quebec legislator Bernard Drainville broke the news of Nantel's latest flirtations on Twitter, Boulerice confirmed with Nantel in person that he was indeed in the process of finalizing negotiations with another party.

This time his former colleague had gone too far, Boulerice said, describing Nantel as someone who had difficulty being a team player.

The NDP will now start the process of nominating a new candidate in the riding "so that people in the riding can elect an MP that is on their side and will put their interests first," Bruno said in her statement.

The Green party has already nominated Casandra Poitras to run under the Green banner in Longueuil—Saint-Hubert.

— With files from Lina Dib in Ottawa

Nantel's real problem is he