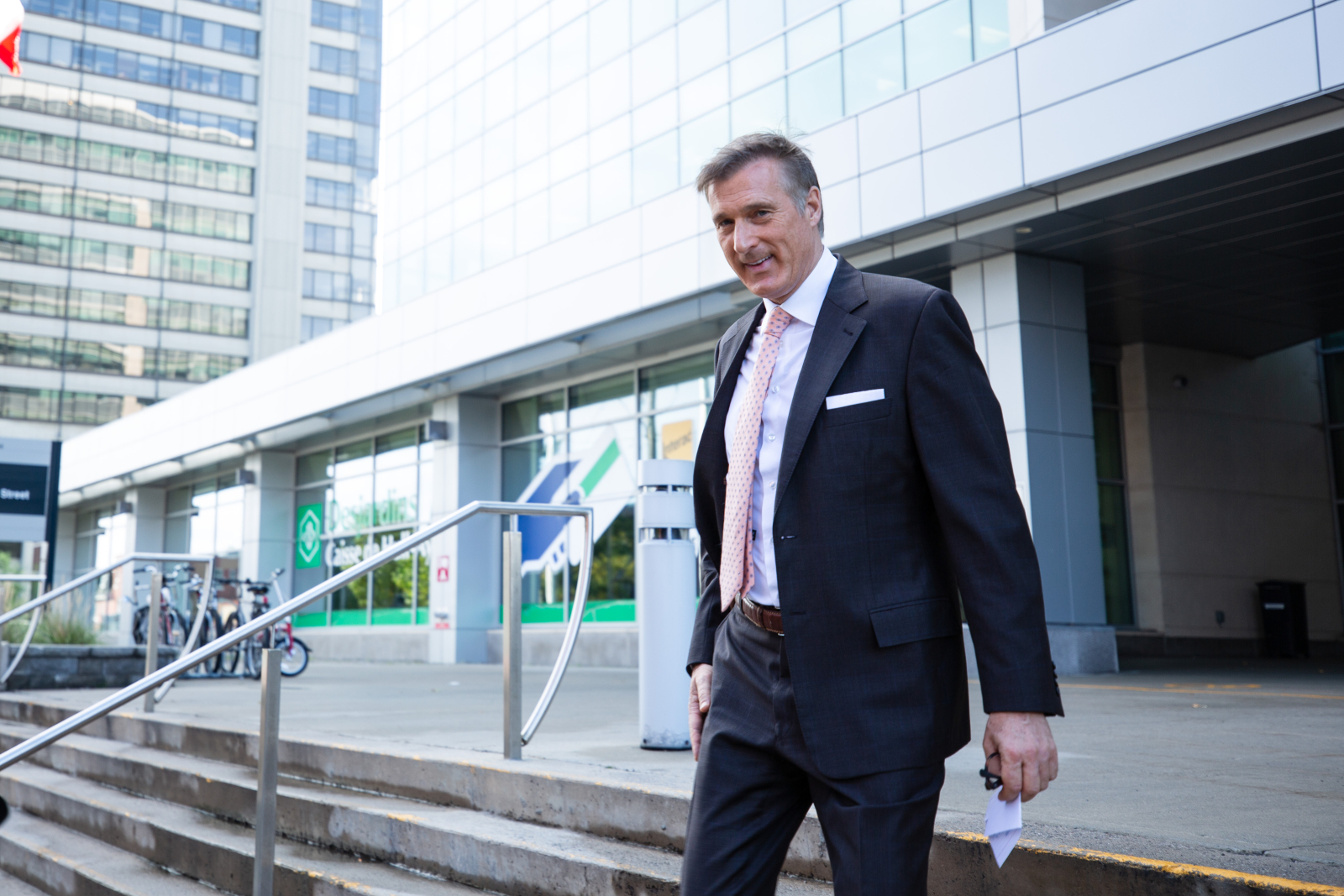 Federal MP Maxime Bernier drops off an official application for his People's Party of Canada at Elections Canada offices in Gatineau, Que., on Oct. 10, 2018, in preparation for the 2019 elections. File photo by Alex Tétreault
Previous story
Next story

Billboards with Maxime Bernier's face and a slogan advocating against mass immigration cropped up Friday in several major Canadian cities.

The ads, which were seen in Halifax, Regina and Vancouver, prompt people to vote for the People's Party of Canada and read "Say NO to Mass Immigration."

According to a filing with Elections Canada, the third-party group is run by Frank Smeenk, the chief executive of a Toronto-based mining exploration company.

The group filed interim financial returns with Elections Canada that show it spent $59,890 on billboards in "select cities in Canada" and received $60,000 from Bassett & Walker International Inc., a company that specializes in the international trade of protein products.

Earlier this week, Smeenk declined to comment on the billboard beyond what appeared in the Elections Canada filing. The Canadian Press attempted to reach Smeenk again on Friday, but he did not respond.

Similarly, messages left at Bassett & Walker were not returned.

The People's Party of Canada also did not immediately respond to a request for comment Friday, but it said in a statement to other media it is not associated with the group that has put up the billboards and that they had not been in contact with the third party.

Bernier has advocated lower immigration to somewhere between 100,000 to 150,000 people per year, much lower than the current target of 330,800 for 2019 set by the federal government. He's also said he would impose a values test on people trying to immigrate to Canada.

Local politicians in Halifax weighed in as images of the billboards spread Friday.

Nova Scotia Premier Stephen McNeil said on Twitter, "I welcome everyone to Nova Scotia — but I don't welcome this negative, divisive tone."

Local Liberal MP Andy Fillmore was more direct: "How about no to Maxime Bernier, instead," he wrote. "There's no place in Nova scotia for the PPC's politics of fear (and) division."

The purchase by the True North Strong & Free Advertising Corp. is the latest is a series of ad buys from third-party groups.

Before the start of the pre-election period June 30, several groups spent hundreds of thousands of dollars on TV advertising, notably during the NBA Finals.

Earlier in the summer, other billboards targeting Public Safety Minister Ralph Goodale popped up in his Regina riding, also the product of a third-party group, the Canada Growth Council.

Why is it legal for a "third

Why is it legal for a "third party" to pay for the promotion of a registered political party? On the other hand, charitable organisations are muzzled by Elections Canada? Where is this rational? I find it difficult to keep faith in our system. Thank heaven we have National Observer to keep the record straight.