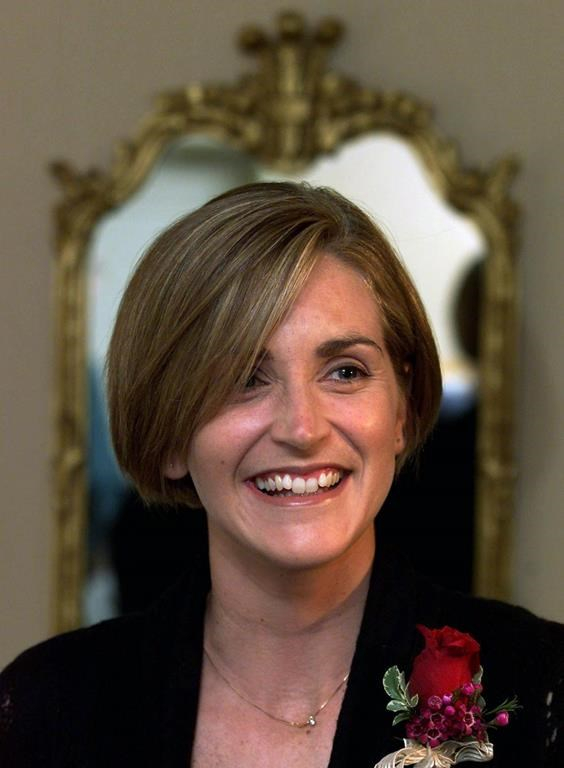 Frechette announced Monday she will be the Conservative party candidate this October in the Riviere-du-Nord riding in the Laurentians region north of Montreal.

Regardless of what Scheer personally thinks about gay marriage and abortion, if he is elected he won't change Canadian laws, she said in a phone interview.

"I think he has already stated he has a certain level of discomfort," she said about Scheer's view on same-sex marriage. "But, due to his personal discomfort, will he make a change for the entire country? Absolutely not."

"Mr. Scheer supports same-sex marriage as defined in law and as prime minister will, of course, uphold it,'' Brock Harrison tweeted Thursday.

Frechette said Scheer wants to unite people. "He knows the difference between his deep beliefs and the good of the country," she said, adding that the same holds true on the issue of abortion.

Scheer personally opposes abortion, "but at the party level, abortion is legal in Canada and he doesn't have the intention to go backwards," she said.

Frechette won gold in the women's solo synchronized swimming event at the 1992 Barcelona Olympics and silver in the team event in Atlanta four years later. Since retiring from competition, the 52-year-old has held various positions at the Cirque du Soleil and the Canadian Olympic Committee.

She said she accepted the offer to run for the party two weeks ago. The Olympian said she was pushed into politics after witnessing the current federal government make decisions she couldn't identify with.

When pressed to name specific Liberal policies she rejected, Frechette was vague. She said Canada has lost respect internationally and then brought up the SNC-Lavalin affair.

"What happened with SNC-Lavalin, with everything that has happened .... It's bull, all of it. We aren't stupid."

Frechette will face a challenge as she tries to unseat Bloc Quebecois MP Rheal Fortin in a riding where the Conservatives finished fourth in 2015. The riding has voted Bloc or NDP since it was created in 2004 and has never elected a Conservative.

Fortin said in a phone interview that Frechette will have her hands full trying to defend Conservative policies to voters in the riding.

"I hope she has her nose clip nearby," Fortin said in an interview, referring to the equipment worn by synchronized swimmers, "because pipelines in Quebec, they don't sit too well. Then there is the law on abortion, and then same-sex marriage and all that .... We'll see how Ms. Frechette deals with it."