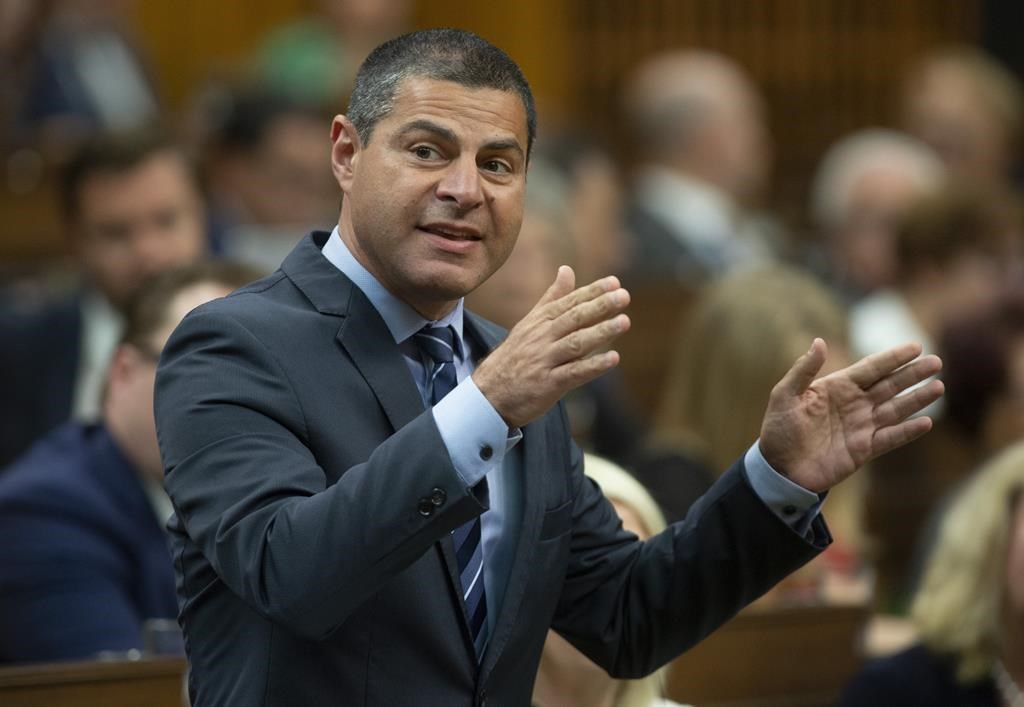 Conservative MP Alain Rayes rises during Question Period in the House of Commons in Ottawa, on Monday, June 17, 2019. File photo by The Canadian Press/Adrian Wyld
Previous story
Next story

Even though he has contradicted his leader publicly on the subject of abortion rights, the Conservatives' Quebec lieutenant says he and party leader Andrew Scheer have always been clear on their stance.

In an interview with the Journal de Montreal last weekend, Rayes said "Andrew Scheer confirmed that he would not allow one of his MPs to introduce an anti-abortion bill."

The most recent Conservative recruit, Olympic medallist Sylvie Frechette, repeated that position in an interview with Radio-Canada on Monday.

Host Patrick Masbourian told Frechette backbench Conservative members could table anti-abortion bills or motions in the Commons. Frechette responded: "I can confirm that it's false. It's false. It's totally false."

Scheer has repeatedly said that a Conservative government will not reopen this issue. But he has said Conservative MPs would be allowed to introduce the bills they want — even those that could limit the right to abortion. Such bills would be submitted to a free vote.

The Tory position on abortion concerned many Quebec candidates when they were being recruited to the party. In a recent interview with The Canadian Press, Rayes admitted it took a good deal of effort to persuade women to join the party.

One Tory candidate in the province, Jessica Ebacher, said last month she wanted to know the party's position on abortion before she chose to run. "I wanted to make sure the debate was closed and it wouldn't resurface in a government led by Mr. Scheer," the candidate for Drummond said.

Another candidate, Isabelle Lapointe, also said in July she was certain the debate "wouldn't be reopened. It's clear .... There is no doubt. Had I had one, I'm telling you, I wouldn't have jumped in."

On Tuesday, however, the candidates fell into line and posted on Facebook that they supported their leader. They didn't return calls from The Canadian Press.

Frechette tweeted that Rayes had always been "clear" with her that "the abortion debate will not be reopened."

Ebacher wrote on Facebook that she is "pro-choice" and "proud" to run for the Conservatives. "The important thing is to respect each other and not to be divisive," she said.

Rayes was not available for an interview Tuesday.

The Con plan is to gain power

The Con plan is to gain power, apoint socially conservative judges, and when they have a majority on the bench introduce legislation. Exactly what has happened in the USA.