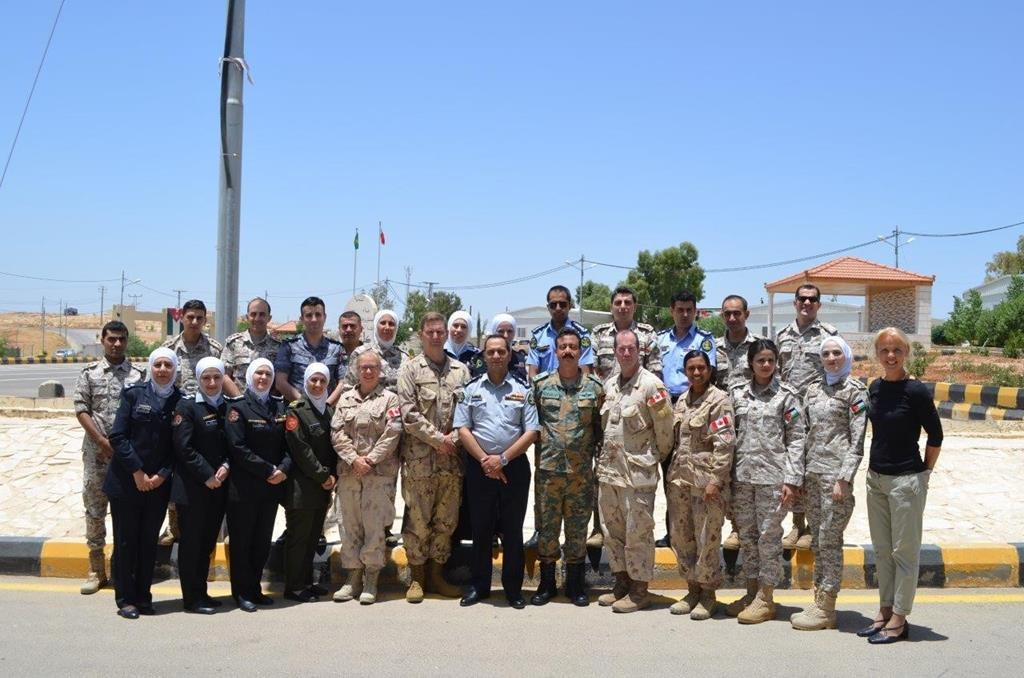 Canadian and Jordanian armed forces personnel are seen in an undated handout photo. Handout photo by The Department of National Defence
Previous story
Next story

As thousands of troops from more than two dozen countries kick off an annual military exercise in the Middle Eastern country of Jordan amid heightened tensions between the West and Iran, Canadian trainers hope an all-female platoon of Jordanians they've been working with for nearly a year are ready to be deployed.

"It's one of the key marks to evaluate where they're at, if they're ready to go and how the training has benefited them," said Master Warrant Officer Lisa Kachanoski, who has been working with the Jordanians since the fall.

"The troops have been working really, really hard and are really excited to show everybody what they've learned."

Exercise Eager Lion has been held every year since 2010. This year 8,000 military members from 29 countries are taking part.

The unit's creation could be seen as a reflection of changing societal norms in the Middle East. It is also a response to a very real threat in Jordan: an influx of extremists from Syria and other neighbouring countries where the so-called Islamic State and other militant groups have been active.

Canada has been helping the Jordanians bolster border security for the past few years to prevent extremists from slipping into the country undetected or posing as refugees.

While most of those extremists are likely to be men, there have been women in their ranks as well, which can pose a challenge to the male-dominated Jordanian security forces.

"It's even a problem at home in Canada, right? But it's even more so here because the cultural norms are a bit different."

The all-female unit is part of the Jordanian military's quick-reaction force, whose mission is to respond to emergencies inside the country.

"They have such an influx of refugees coming in plus (Islamic State) extremists that they have to be able to search women and children," said Kachanoski, who described the women as helping with vehicle checkpoints and many other situations.

"Culturally it's inappropriate (and) it's in their religion as well that (men) are not allowed to touch women. So bringing a female platoon to be able to do this gives them the capability to vet all the refugees coming in, not just 50 per cent of them."

As for the women who volunteered for the unit, Kachanoski said they run the gamut in ages and military experience.

"Mostly they have pride in their country and they want to serve in the military because it is regarded very highly and is an honour to serve their country," she said. "Some want the benefits and money — not only for them but it benefits their families as well."

Now, with months of training behind them, all eyes are on how they do during Eager Lion, which runs until Sept. 11.

"Could they be employed (in the field)? Yes," said Lockhart. "Have the Jordanians decided they are employable? That's for the Jordanians to make that decision and I think that would be something that would come out of Eager Lion."