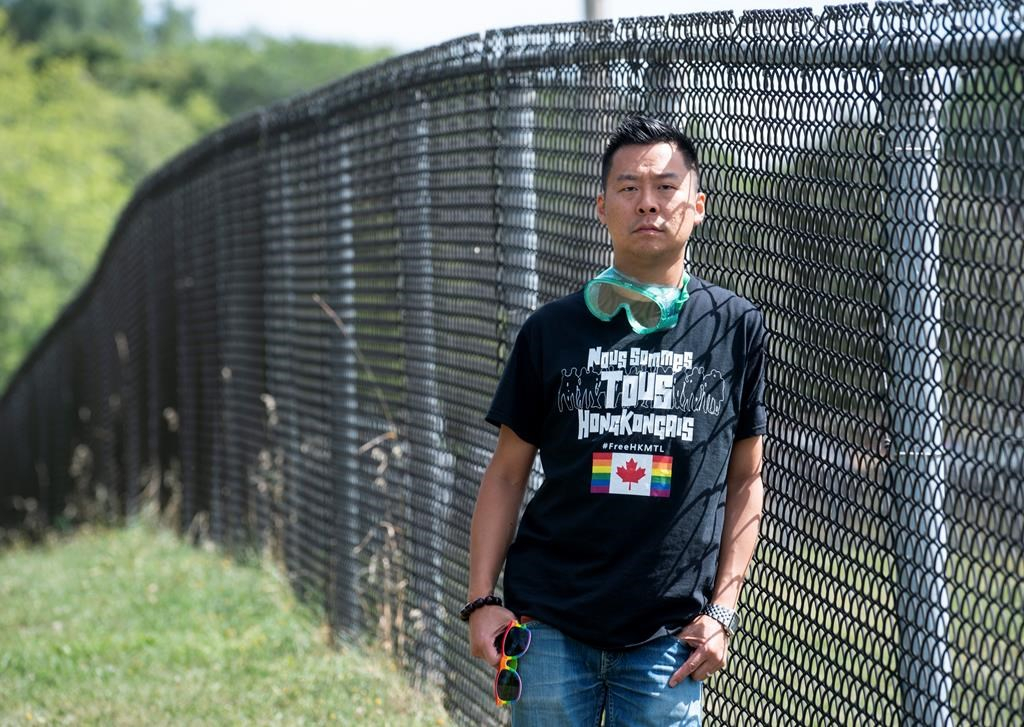 Henry Lam is seen in Longueuil, Que., on Tuesday, Aug. 27, 2019. Photo by The Canadian Press/Paul Chiasson
Previous story
Next story

Henry Lam said he was hoping to make history when he marched in Montreal's Pride parade on Aug. 18 with his husband.

Lam and Guy Ho wanted to march in the Aug. 18 event with Action Free Hong Kong Montreal to express their support for same-sex couples fighting for freedom and marriage equality in Hong Kong — the first time, he said, that a group from Hong Kong would be official parade participants.

Instead, Lam received an email from organizers the day the before the event that his group would not be allowed to participate after police reportedly informed organizers of a threat to sabotage the parade by protesters opposed to the Hong Kong pro-democracy movement.

The email, which has been seen by The Canadian Press, cited the "the presence of public figures, including prime ministers," as well as the festival's policy in not interfering in geopolitical conflicts.

Lam said his group was willing to participate despite the threats, and even went out and purchased goggles and umbrellas to protect themselves against possible pepper spray.

But organizers held firm, leaving him feeling the parade organizers cared more about having a "happy parade" and protecting "political big shots" than the inclusive values they espouse.

"We did our best, believing that police and security would also beef up their protection for us, but instead of protecting the ones who are bullied, they just took an easy way out," he said in a phone interview.

Staff for Prime Minister Justin Trudeau, who attended the parade, said the prime minister's office was not consulted or informed about any decisions related to parade participants. Premier Francois Legault's office declined comment.

Pride Montreal vice-president Jean-Sebastien Boudreault confirmed organizers revoked the group's permission to participate after receiving at least 10 threats from people who opposed the Hong Kong group's presence and threatened to "sabotage and stop" the parade.

He said the decision was made for security reasons and to ensure the event could take place without being derailed by geopolitical concerns unrelated to LGBTQ rights.

"For us, the parade is the only moment in the year when we can shed a light on the LGBT community, and we didn't want to take the spotlight from LGBT groups for a subject that isn't LGBT, even though it's an important subject," he said.

Boudreault said the organization continues to defend the rights of persecuted LGBTQ minorities around the world, including in Hong Kong. He said LGBTQ activists from the Chinese territory were invited to Montreal, and some were in attendance.

But he added Action Free Hong Kong Montreal's primary mission is a political one unrelated to LGBTQ rights, even though some of its members are LGBTQ.

Ho disagrees with Boudreault's position, noting he and Lam had been granted the right to take part after assuring parade organizers that their participation would not be political.

Lam and Ho say they have a long history of fighting for marriage equality in Hong Kong. A video of their 2011 wedding was turned into a documentary which was shown throughout Asia.

Ho said the couple wanted to participate to express support for LGBTQ rights in Hong Kong, where same-sex marriage is illegal and homosexuality is still a "taboo topic" in many circles.

"We were excluded from a parade of inclusion," he said.

Lam, for his part, says the incident makes him fear for his security at future events, since it suggests that local authorities aren't willing to step up and defend the pro-democracy protesters against pro-Beijing groups' bullying.

"As a Canadian I am so worried for my country," he said.

Hong Kong, a semi-autonomous Chinese territory, has seen more than two months of youth-led protests that have sometimes ended in clashes with police.