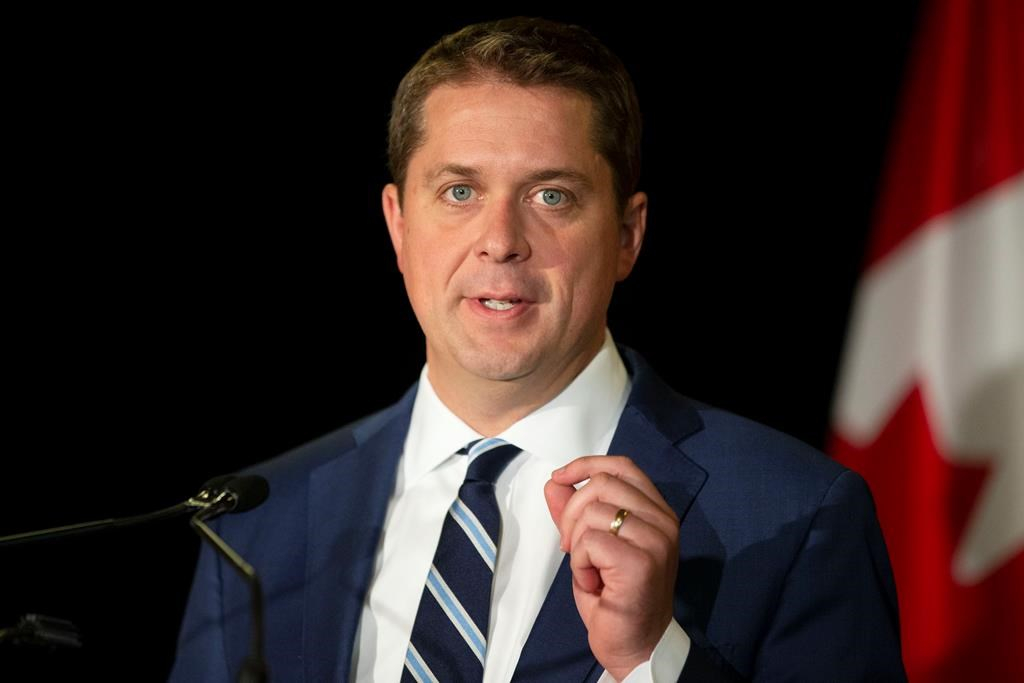 Andrew Scheer's promise to stop any efforts to revisit abortion laws could disappoint voters who had found comfort in having a political leader who shared their anti-abortion views, prominent leaders of that movement said Friday.

But, they said, it shouldn't come as a surprise.

Scheer stated Thursday that he'd oppose any efforts to reopen the debate on abortion, a position not dissimilar to that of his predecessor, Stephen Harper.

But where many social conservatives never believed Harper personally cared about the issue, they did believe in Scheer, said Jack Fonseca, a spokesman for the influential anti-abortion group Campaign Life Coalition.

"People expected more from Andrew Scheer because he's always been a pro-life MP in the past and he's voted accordingly, he's got an unblemished parliamentary voting record on family issues," Fonseca said.

That's why, said Trost, so many of his own supporters went over to Scheer when Trost fell off the ballot in the leadership race. (The Saskatoon MP has since lost his Conservative nomination to provincial MLA Corey Tochor.)

Their support secured Scheer's win, Trost pointed out, and now he's in a bind. Though he actively courted pro-life voters during the campaign, he had also promised not to allow new bills restricting abortion to come forward.

"He was on both sides of the issue in the leadership race, so that caused a little bit of confusion," Trost said. "For political reasons he's got a hard time clearing that up because he's got to keep his coalition together."

Alissa Golob, who is leading an effort to get 50 pro-life MPs elected this fall, said Scheer has no choice.

"I totally understand him, as a leader of a big-tent party, sticking to those lines," she said.

What matters is that MPs will still be able to bring forward bills on the issues, like abortion, that matter to them, Golob said.

But that Scheer also said he'd personally oppose those bills raises questions about how far he will let MPs go, said Fonseca.

"If by opposing it means he's going to threaten his conservative MPs that 'Hey, if you hope to ever get a cabinet appointment or a parliamentary-assistant position, you can kiss that goodbye if you don't toe my party line here,' if he's going to do that, it's a total betrayal and it's terribly disappointing," Fonseca said.

"That statement seems to suggest that's a possibility and it's even more of a possibility because we know that's what Stephen Harper did."

Harper had been crystal clear that any discussion of abortion, via members' statements, motions, bills and the like, would not be tolerated. His strict edict on the subject caused a lot of grumbling on the backbenches that Scheer pledged to quiet as leader.

Then he found himself forced into discussing abortion this week after one of his senior MPs, Alain Rayes, was discovered to have been telling Quebec candidates that Tories would not be allowed to bring forward any bills or motions on abortion, which runs contrary to party policy.

That came as the Liberals were also circulating a 14-year-old video of a speech Scheer gave opposing same-sex marriage.

Fonseca said while Scheer accused the Liberals of trying to distract from their own record, there's another consequence: annoying the usually rock-solid social conservatives who make up a large part of the party base.

"The trick here by the Liberals was to get him to self-inflict a mortal wound by coming out and sounding like he's pro-abortion so that (social conservatives) throw their hands up in disgust and say, 'I give up on the Conservative party and Andrew Scheer.' "

Nearly in tandem with Scheer's wrapping up his press conference Thursday, the Tories began circulating a fundraising video featuring Harper going to bat for Scheer and the party.

Party officials said the video was filmed weeks ago, and was scheduled to go out this week to kickstart a final massive fundraising drive prior to the election campaign beginning in earnest.

But it could very well motivate Conservatives after a difficult week, said Rachel Curran, a former policy adviser to Harper. For many Tories, Harper is still quite popular and one of their best fundraisers.

"It's not harmful to remind Conservatives why it's important for them to win this election and Stephen Harper is a good messenger."