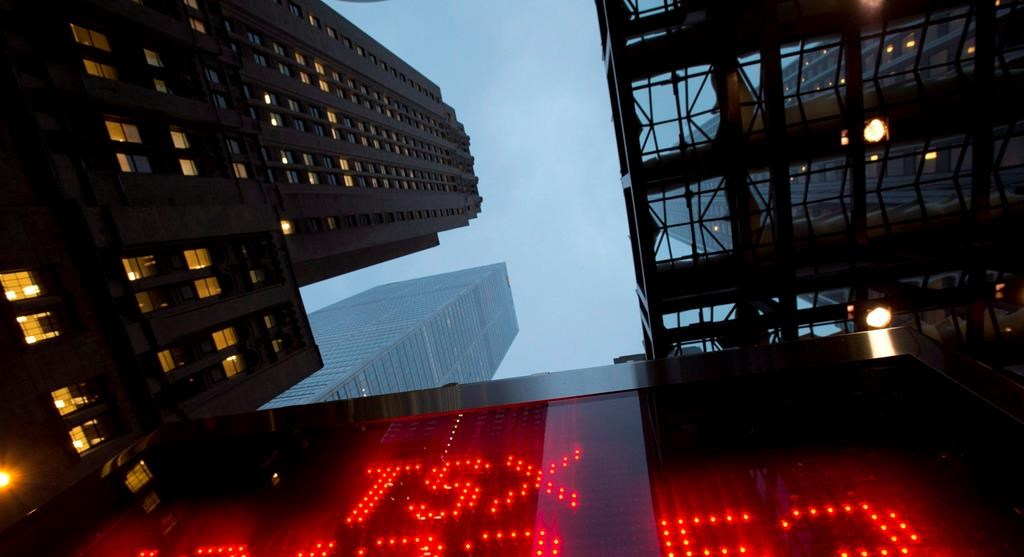 A TSX tote board is pictured in Toronto, on Dec.31, 2012. File photo by The Canadian Press/Frank Gunn
Previous story
Next story

North American markets fell to start the trading week Tuesday following the imposition of new tariffs by the U.S. and China and weak manufacturing data.

After a strong week to end a volatile August, investors were hoping that positive sentiment would continue after the Labour Day holiday, said Ryan Crowther, portfolio manager at Franklin Bissett Investment Management.

"But with tariffs continuing to escalate and news on that coming out over the weekend, the weakening economic picture is front and centre in people's minds and I think that's what's weighing on the market today," he said in an interview.

The U.S. imposed tariffs on more than US$110 billion worth of Chinese imports on Sunday, while China put duties on U.S. crude oil.

The intensified trade war between the world's two largest economies is looking more and more like a prolonged situation with U.S. President Donald Trump even suggesting talks could drag into his second term.

"That type of rhetoric, that's not going to help frame the way people are thinking about this. There's really not much positive to be taken away from that messaging," said Crowther.

In addition, U.S. factory activity shrank in August for the first time since August 2016 while Canadian manufacturing activity slowed in August as new work received by firms slumped to the lowest level in nearly four years, pressured by trade tensions.

The S&P/TSX composite index closed down 42.84 points at 16,399.23 as the heavyweight energy, consumer, financial and industrial sectors weighed on the market. The rising price of gold helped Canada's main stock index to outperform U.S. markets.

On the TSX, consumer discretionary fell 1.5 per cent with Martinrea International Inc. down 2.8 per cent and Linamar Corp. off 2.7 per cent.

Energy was down with Canadian Natural Resources and Suncor Energy Inc. off two and 1.57 per cent respectively as crude prices fell on concerns of weakening global demand.

Health care gained 2.48 per cent with Canopy Growth Corp. up 5.6 per cent.

The Canadian dollar traded at an average of 74.95 cents US. That's the lowest level since mid-June and compared with an average of 75.22 cents US on Friday.

The decrease comes a day before the Bank of Canada is expected to maintain its trend-setting interest rate at 1.75 per cent.

"There's still reasons to be optimistic but I think at this point it's quite overshadowed by the newsflow that we're talking about that is trade-related and just the general concerns around slowing global economic growth."

U.S. secretary of state takes aim at China over diplomatic feud with Canada