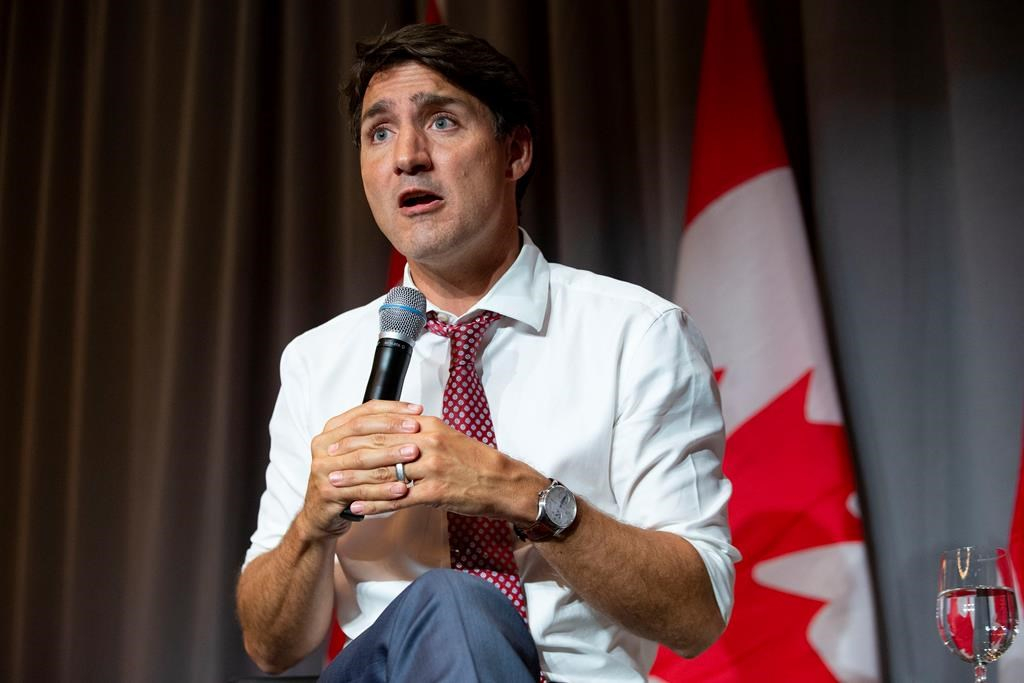 He called that a pressure tactic that is worrying not only to Canada, but to its western allies.

Trudeau offered that assessment during a meeting with the editorial board of the Toronto Star, where he was asked to respond to the latest upbraiding of Canada by the spokesman for China's foreign ministry.

"We look forward to his positive efforts to help bring China-Canada relations onto the right track," Geng said in translated remarks posted on his ministry's website.

"Lately China-Canada relations have encountered serious difficulties. The responsibility lies completely with the Canadian side, and Canada knows the root cause clearly. We urge the Canadian side to reflect upon its wrongdoing, take China's solemn position and concerns seriously, immediately release Ms. Meng Wanzhou and ensure her safe return to China."

China has imprisoned two Canadian men, ex-diplomat Michael Kovrig and entrepreneur Michael Spavor, on suspicion of spying in what is widely viewed as retaliation for Meng's arrest.

"Using arbitrary detention as a tool to achieve political goals, international or domestic, is something that is of concern not just to Canada but to all our allies, who have been highlighting that this is not acceptable behaviour in the international community because they are all worried about China engaging in the same kinds of pressure tactics with them," Trudeau said at the end of a meeting with Toronto Star journalists, which was livestreamed.

Trudeau said he doesn't want to escalate tensions with China, and noted Beijing gave speedy approval to Canada's request to appoint Barton as its ambassador.

Trudeau and his cabinet ministers have routinely branded Kovrig's and Spavor's incarcerations as arbitrary, and have marshalled broad international support from several dozen countries, including the United States. That coalition-building has angered China, which has banned imports of Canadian canola and blocked other agricultural products.

Trudeau said Canada has no choice but to engage economically with China because it is the world's second-largest economy but has to be "clear-eyed" about that.

"China plays by a very different set of rules and principles than we do in the West. And making sure that we are able to make those points clearly and forcefully and as much as possible constructively is going to be really important," the prime minister said.

"We're very concerned about the 300,000 Canadians in Hong Kong right now, but we are going to attempt to be constructive in ways that end up being good for Canadians and ultimately, hopefully, good for the Chinese people."

Daniel Schow, a spokesman for Conservative Leader Andrew Scheer, reiterated his party's view that Trudeau has been "bullied and pushed around by Beijing."

"There's a difference between not escalating tensions and doing nothing to stand up for Canada. Trudeau's weakness and dithering on Canada's relationship with China is costing Canadians."

Foreign Affairs Minister Chrystia Freeland said she and Barton met Wednesday and the plight of Kovrig and Spavor was the first thing they discussed. She said that in the regular consular visits that Canadian diplomats have with the two men, they are told, among other things, of the government's efforts to secure their release. She said that is a "source of solace" for the two.

U.S. secretary of state takes aim at China over diplomatic feud with Canada