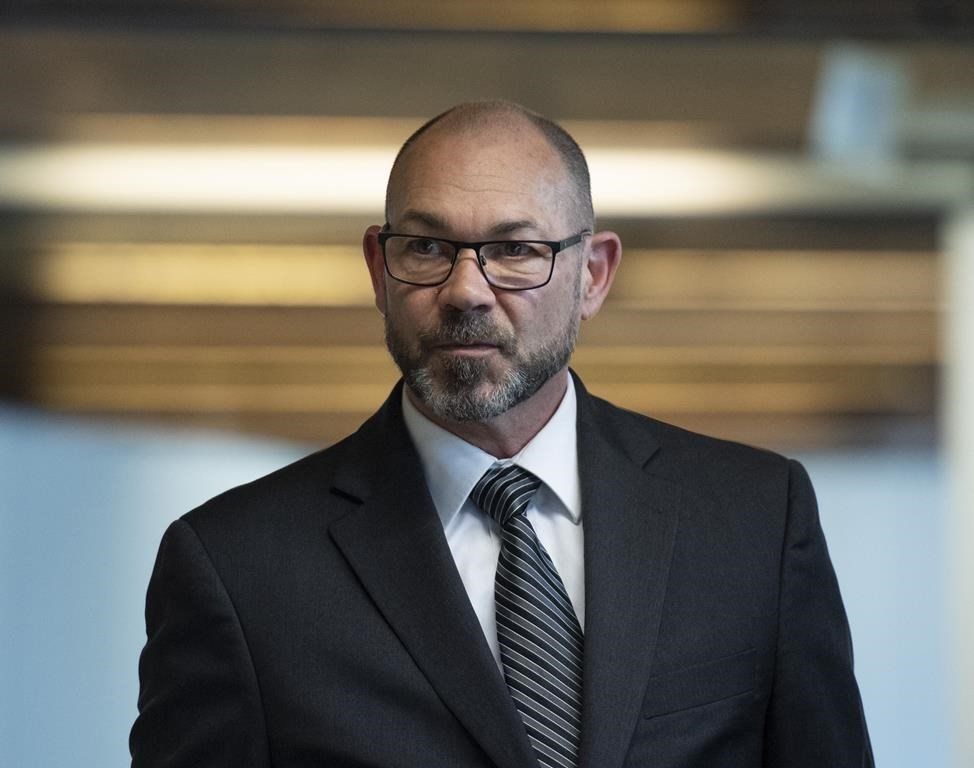 Colonel Mario Dutil returns to the courtroom after a break during his court martial at the Asticou Centre in Gatineau, Que., on Monday, June 10, 2019. File photo by The Canadian Press/Justin Tang
Previous story
Next story

The Federal Court has agreed to hear arguments next month as prosecutors try to break a stalemate in the stalled court martial of Canada's top military judge.

Col. Mario Dutil is facing four charges over allegations he had an inappropriate relationship with a subordinate and signed a travel claim that contained false information.

But his unprecedented trial ground to a halt in June after only a few days of hearings when the presiding judge, Lt.-Col. Louis-Vincent d'Auteuil — Dutil's deputy — removed himself over conflict-of-interest concerns following a request from Dutil's lawyer.

In a written decision at the time, d'Auteuil said it was reasonable for observers to believe he would be biased because of his relationship to several potential witnesses who are employees of the court.

"It has been shown that a well-informed person who studied the question in depth, in a realistic and practical way, would conclude that because of the existing links between certain court stenographers and myself, I would be biased," he wrote in French.

He added that he did not feel he could appoint one of the military's other three judges to take his place because they either had similar ties to the witnesses, or didn't have the right language skills or expertise for such a complex trial.

Dutil also had an acrimonious relationship with one of the three judges, which d'Auteuil said was another reason not to appoint that judge to preside over the court martial.

Military prosecutors, who have defended their decision to press forward with a court martial rather than sending the case to civilian court, subsequently asked the Federal Court to order d'Auteuil to appoint a judge to hear the case.

The court announced on Tuesday that it will hear arguments Oct. 15.

It's believed Dutil, who has served as Canada's chief military judge since 2006, is the first person to be charged while serving in that role and the case has come to be seen as a test of the military-justice system.

None of the charges against Dutil has been tested in court.