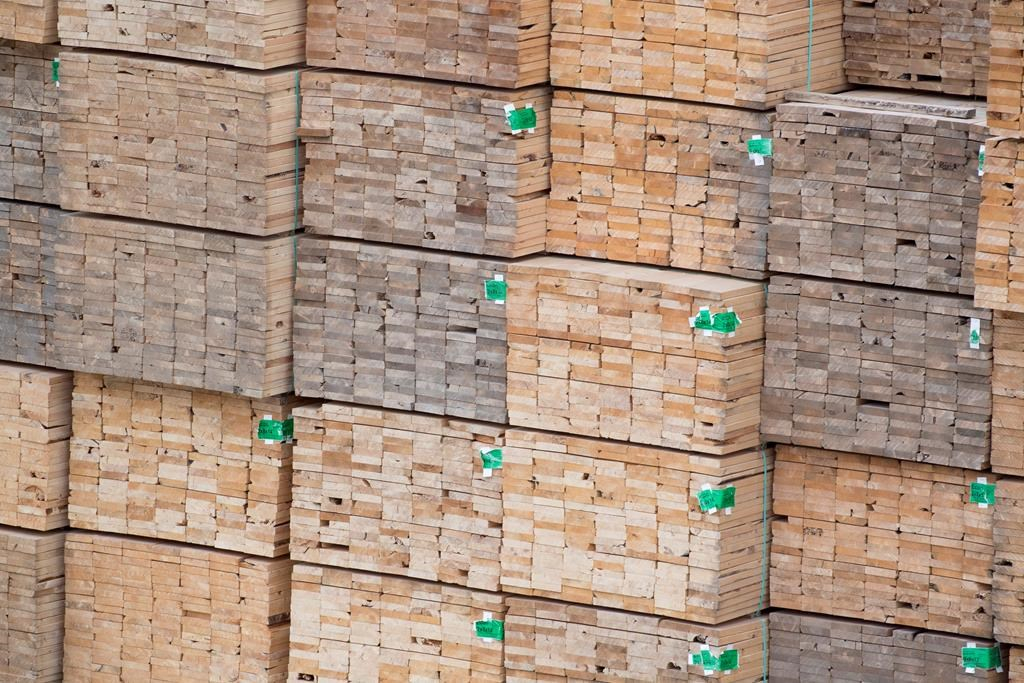 Softwood lumber is pictured along the Fraser River in Richmond, B.C., on Tuesday, April 25, 2017. File photo by The Canadian Press/Jonathan Hayward
Previous story

A joint NAFTA panel has given the United States three months to rethink its tariffs on imported Canadian softwood lumber but the saga for Canada's troubled softwood companies is far from over.

The five panel members — including three Canadians and two Americans — said in a ruling Wednesday they couldn't agree with the U.S. International Trade Commission that there was evidence Canadian imports were causing injury to the U.S. industry. It gave the commission 90 days to reconsider the evidence it used to draw that conclusion.

"This decision supports what Canada has been saying all along: U.S. duties on Canadian softwood lumber are unfair and unwarranted," said Foreign Affairs Minister Chrystia Freeland in a statement.

"The panel's decision is an important step in the right direction in having these duties on Canadian exports removed and the sums collected reimbursed."

Among the panel's findings is that the U.S. softwood industry was in the midst of its most profitable period ever, which made it hard to accept the conclusion that Canadian wood was harming it.

Softwood, typically from pine and spruce trees, is used widely in construction and to make paper.

In April 2017 the U.S. imposed duties averaging about 20 per cent on most Canadian softwood exports, alleging that Canada was both unfairly subsidizing its industry and then dumping wood into the U.S. at unfair prices. The American trade-commission determination that Canada's industry was causing harm came later that year.

This is the fifth time Canada and the U.S. have fought over the same issues.

Canada has multiple challenges under NAFTA and the World Trade Organization over the duties and the injury claim. Thursday's ruling deals with the latter, and if eventually the commission changes its mind, the duties would then have to be withdrawn.

Susan Yurkovich, president of the B.C. Lumber Trade Council, said the last softwood lumber dispute took three rulings from the NAFTA panel to convince the commission to back down. In the meantime Canadian companies continue to pay the duties.

"We've fought these battles before and we won," she said. "They are the same arguments this time. But it takes a long time."

British Columbia, home to the country's largest forestry sector, is hit particularly hard and in some ridings in the interior and northern parts of the province, softwood is on the minds of some voters in the upcoming election. B.C. is also one of the most hotly contested regions, with a number of open seats and many where the races are three- and four-way contests.

Cathy McLeod, the Conservative MP for Kamloops-Thompson-Cariboo, said for her it's not about the election but about communities in pain.

"When you lose a couple of hundred jobs, it's devastating," she said.

She blames the Liberals for not doing enough to bring about a new softwood deal, or providing enough support to help struggling forestry towns.

Prime Minister Justin Trudeau has raised softwood as an issue in multiple conversations with U.S. President Donald Trump, and with Vice-President Mike Pence when he visited Ottawa last spring. But there have been no signs of any movement at that level.

The federal government announced an $867-million aid package for softwood producers in May 2017. It included government-backed loans, money for innovation and help for companies to introduce job-sharing agreements. McLeod said the programs are not enough.

For the first year after the most recent duties were imposed, high demand and high prices for wood helped the industry weather the storm. Then, said Yurkovich, the bad news started to pile up, with a drop in U.S. demand, China turning more to Russia for cheaper wood and record forest fires and the mountain pine beetle destroying Canadian supply.

"It's a perfect storm," she said. "And prices fell off a cliff."

In late 2018, the price of wood plummeted 55 per cent. In the months since, lumber mills have closed or cut shifts. Between May and July, there were 45 announcements of curtailments or closures. More than 1,000 workers were permanently or indefinitely laid off and almost 4,000 more issued temporary layoffs.

In a letter to Sohi in July, the trade council and B.C. mayors in affected towns pleaded for help.

"Collectively — as industry, communities, and the B.C. government — we are urgently seeking the assistance of the government of Canada to support our communities and workers in transition," the letter said.

Yurkovich said she knows there will always be political and partisan battles about forestry but she also thinks the trade problem does not stem from any Canadian wrongdoing.

"People try to make it a political issue but the reality is this is about protectionism in the United States," she said. "It's about their trade laws."

Canada: Litigation looming if there's no softwood deal with the U.S.