U.S President 'in severe mental decline,' or so says The Mooch 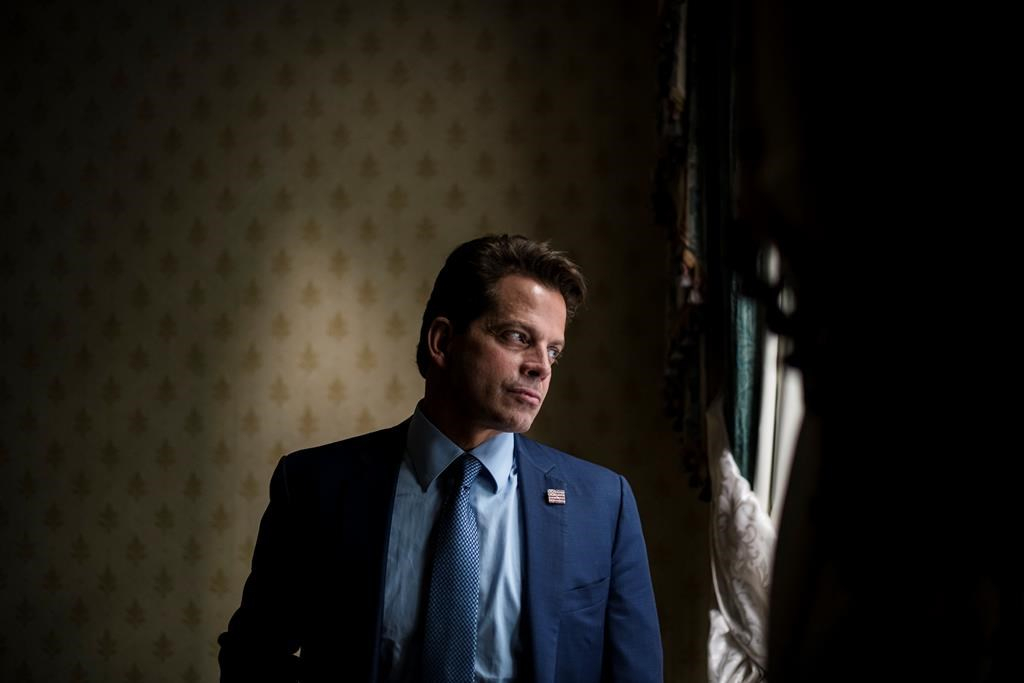 Former White House Press Secretary Anthony Scaramucci poses for a portrait after speaking at the Toronto Global Forum in Toronto on Friday, Sept. 6, 2019. Photo by The Canadian Press/Christopher Katsarov
Previous story
Next story

Former White House communications director Anthony Scaramucci has a couple of tips for the next prime minister of Canada on how to deal with Donald Trump: stay out of his field of vision and exercise restraint, because the U.S. president is in "severe mental decline."

Scaramucci, who served under Trump for 11 days before getting fired in 2017, said it's clear that there is "something very, very wrong" with Trump.

"That level of instability and narcissism is going to require you to work with his intermediaries and try not to get into his field of vision, because he has such low self-esteem," Scaramucci said in an interview on the sidelines of the Toronto Global Forum, a conference focusing on business and economics in the Americas, on Friday.

The comments from Scaramucci, also known as "The Mooch," come as Canada is on the cusp of an election campaign. Whichever party leader forms the next government will have to deal with Trump for at least another year.

Scaramucci, who is founder and co-managing partner of investment firm SkyBridge Capital, said Prime Minister Justin Trudeau and Foreign Affairs Minister Chrystia Freeland have been "masterful" in their dealings with Trump and should be applauded for negotiating a new North American trade deal.

He said their shrewd tactics included dealing with Trump's intermediaries and letting him take the credit, because "there can be no co-stars on the stage" with the U.S. president.

He added that Trump is intimidated by Trudeau, who is "strikingly good-looking" and athletic and the U.S. leader is the "opposite of all that."

"There's an intimidation factor there," Scaramucci said. "Trust me, I know this guy ... That's why he has to hit your prime minister on his Twitter account."

But ultimately, Trump doesn't care about Canada, he said.

"He doesn't care about anything other than Donald J. Trump ... You should be very satisfied that your leadership knows that, and they've operated in the context of that, I think, very well."

Scaramucci predicts that Trump will not last until the 2020 United States presidential election. Conservative American politicians are sticking by him for their own personal self-interest, for now, he said.

"They're surrounding him, clutching to him, and saying, 'OK, we need to carry him to the finish line for all of our benefit.' But he's so unwell, and he's in full-blown meltdown, they're not going be able to do that," Scaramucci said.

The good news, for whichever politicians form the new government after the October election, is there is now a record of Trump's behaviour to use as a reference guide, he added.

"There's three years of data as an elected official and they should be able to navigate him better today than they did at the beginning of his term," he said.