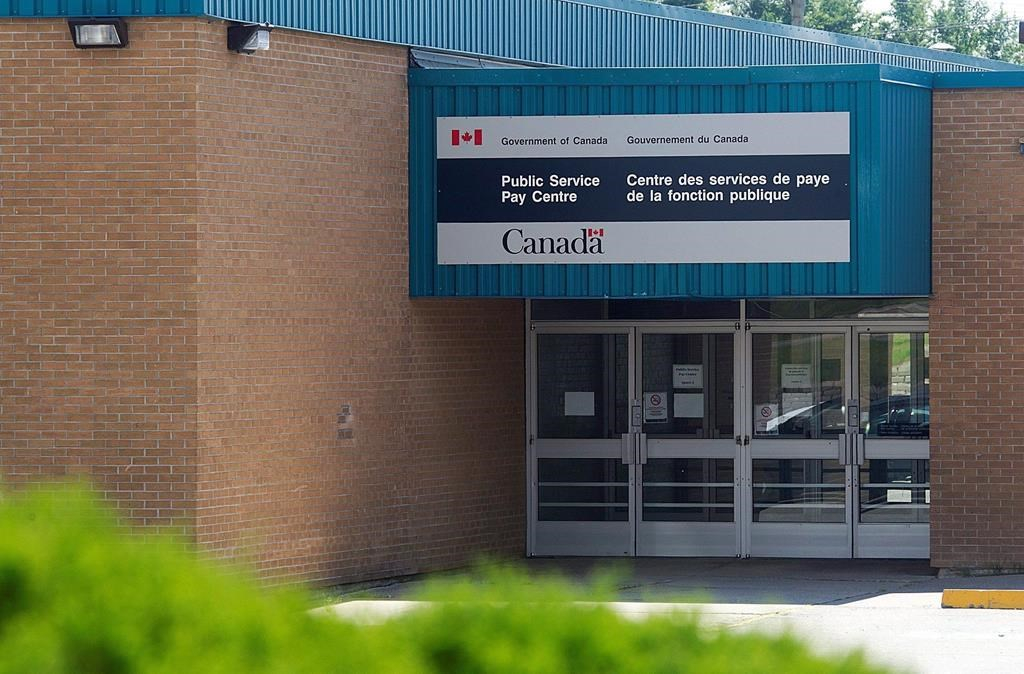 The country's biggest public-sector union says it's preparing for potential post-election strike action after accusing the government of walking away from contract talks affecting more than 70,000 federal employees.

The Public Service Alliance of Canada had gone back to the bargaining table on Sept. 1, and was sounding optimistic as late as Friday that a tentative deal could be reached for administrative employees that account for roughly half of the union's 140,000 members.

Despite six continuous days of bargaining, however, Treasury Board negotiators failed to produce an adequate wage offer, nor did it come close to the union's demands of compensation for federal employees affected by the government's failed Phoenix pay system, the union said.

"We had made it clear to Treasury Board that we would return to the bargaining table, but only to discuss an improved offer — one that includes annual wage increases that meet or exceed inflation, improved work-life balance — and equitable monetary compensation for the Phoenix nightmare," PSAC National President Chris Aylward said in a statement issued Saturday.

"PSAC came to the table in good faith, but instead of using this opportunity to deliver a fair deal for our members, the government walked away."

With a federal election call expected any day, there is little chance that bargaining would resume before the Oct. 21 vote, the union said.

While negotiations could continue after that, the union said it would begin preparations for possible strike action, which would not happen before the new year.

PSAC was the lone holdout earlier this year when it rejected Ottawa's offer of wage increases and compensation for the stress caused to public servants by the Phoenix pay-system debacle.

Several other unions reached tentative agreements that included a cumulative, one-time extra week off over four years for federal employees who were left struggling with the pay system, which has overpaid, underpaid, and in some cases not paid employees at all since its launch in 2016.

Wage provisions added up to minimum increases of two per cent each year in 2018 and 2019, and 1.5 per cent in 2020 and 2021, plus adjustments to wage grids that could increase wages by another one per cent.

None of the proposals the government placed on the table during the last week, however, were acceptable. On wages, the union said, the government even moved backward.

"Their wage offer fell short of providing PSAC members ... with even the equivalent wage increase that was negotiated with other federal bargaining agents," the union said Saturday.

The Treasury Board disputed that claim, saying it put a fair offer on the table.

"It is not an accurate characterization to say the government's offer fell short of the wage increases agreed to with other bargaining agents," the department said in an email.

"We put a fair offer on the table that was in keeping with recent agreements with other bargaining agents and gave due consideration to PSAC's request to resume negotiations. PSAC has chosen to decline this offer."

And while there was some movement toward cash compensation of employees for the Phoenix debacle, the union said the government "proposed to short-change PSAC members for the pain and suffering caused by Phoenix," said PSAC.

In May, the government said it had reached tentative agreements with unions representing more than 146,000 of its employees to compensate workers affected by the problems with Phoenix. Those agreements included clauses that would provide workers with compensation in line with whatever improvements PSAC could wrestle from the government.

Under the terms of the deal struck in the spring, the Phoenix compensation included a one-time provision of additional annual leave for employees and a cash pay-out equivalent to the five days of leave for former employees or the estates of deceased employees.

Aylward called the deal "meagre" and argued the arrangement treated lower-paid employees unfairly because they would receive less money than higher-paid workers if they decided to cash out their vacation time.

The government's latest offer was an improvement over previous ones, said a spokesperson for Treasury Board President Joyce Murray, who expressed disappointment that the proposal was rejected.

"As part of these talks, we have improved the offer we have made to PSAC. Out of respect for the negotiations we will not go into detail," the spokesperson said in an emailed statement.

"While we are disappointed they did not accept, we remain open to reaching fair deals for public servants and for Canadians."

Union wonders what the government is hiding