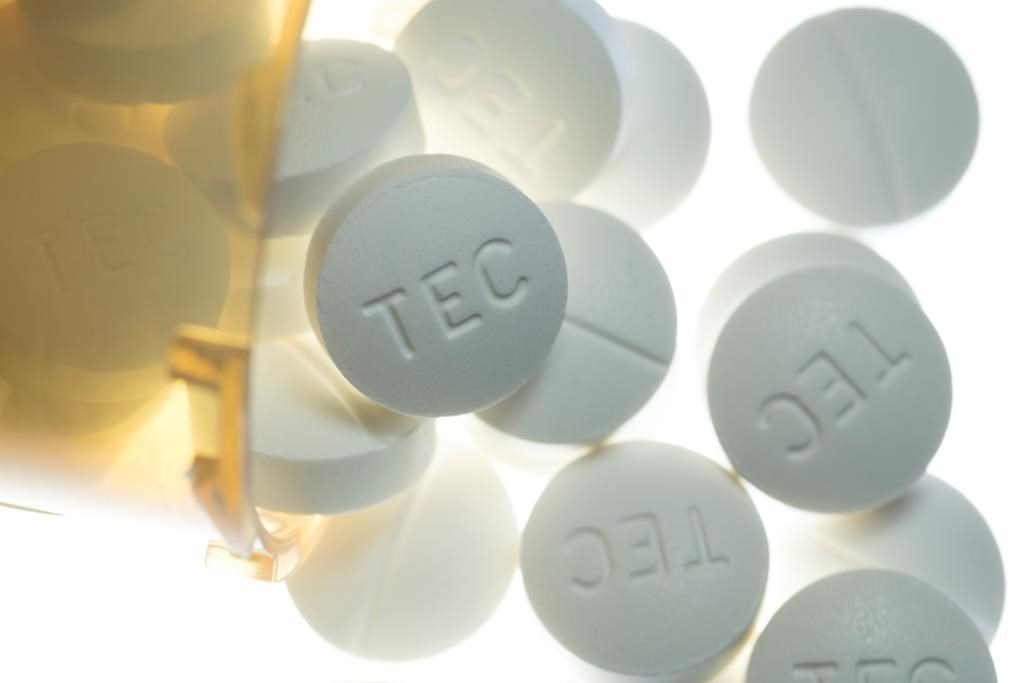 Prescription pills containing oxycodone and acetaminophen are shown in Toronto, on Dec. 23, 2017. File photo by The Canadian Press/Graeme Roy
Previous story
Next story

Health Canada is hoping to use private-sector dollars to fight opioid addiction because "conventional efforts are not enough" to address the national health crisis, newly released documents reveal.

For months, the department has been quietly considering a pay-for-performance project to see if specific help targeted at a small group of opioid addicts reduces their dependence on the drug, improves their health and, above all, reduces deaths from overdoses.

What makes the effort unique is that officials are looking at having private backers take on the financial risk to fund the experiment, which is estimated to cost more than $4 million, with federal payouts only if the work produces measurable success.

The results of a study filling in details on the actual work and costs, as well as the level of private-sector interest in bankrolling the project, were delivered to Health Canada last week.

If federal officials give the plan a go-ahead — a decision that has yet to be made — it would be a rare moment when a social-impact bond, as the financing model is known, is used to pay for a health-related research project.

Social-impact bonds have helped fund about 20 health-related projects worldwide, including in Canada and the United States, officials wrote in one briefing note among almost 130 pages of documents obtained by The Canadian Press under the Access to Information Act.

What makes the bonds appealing to governments is that they require a service provider, usually a non-profit, to get funding from private investors with the help of a broker.

The government pays out only if certain benchmarks are met — meaning investors can earn back their investment plus a profit depending on the amount of risk in a project, the non-profits find new sources of funding beyond limited government dollars, and governments push the financial risk off their books.

The federal Liberals, like the Conservatives before them, have shown a keen interest in the bonds and the larger concept of social financing, putting hundreds of millions into a fund designed to spur growth in the sector as part of a wider strategy. Overseeing the strategy and the fund will be an advisory council, which has an application deadline of Sept. 13.

The path to this latest federal effort in the area began in June 2018 when the Toronto-based Centre for Addiction and Mental Health and the MaRS Centre for Impact Investing applied for government backing for a social-impact bond to tackle the opioid epidemic.

A discussion paper that CAMH researchers and the MaRS Centre provided to Health Canada last year proposed running a four-year study with 300 people to test ways to treat their opioid-use disorders.

Among the early options proposed for the project were to use funding through the bond to cover the costs of a "care navigator" who would help keep participants on track, expand addiction and mental health supports at CAMH, and provide medications to reduce opioid dependence.

"Specifically, the study sought to understand what gaps may be filled in service provision, and the role for pay-for-success or social finance approaches in improving access to and outcomes for the treatment of opioid use disorder," Health Canada said in a written statement late Friday.

The paper suggests some of the outcomes would be straightforward to measure — declines in opioid use and hospital visits compared to the general population, for example — while others would be more complicated.

Tying payments to changes in the severity of each participant's opioid-use disorder would be more difficult because it assumes "a standard, linear process" for recovery "that is directly related to a reduction in the incidence of opioid-related deaths." For example, the document says a participant might see a drop in the severity of their disorder, but still have "an accidental opioid overdose" at any point.

The feasibility study was to set a more detailed plan and see whether there was enough private-sector interest to create a social-impact bond, or whether Health Canada would need to fund the effort directly.

Health Canada said it received the final report on the feasibility study on Aug. 27, but referred questions to CAMH on the paper's contents and recommendations.

However, CAMH and the MaRS Centre declined to comment.