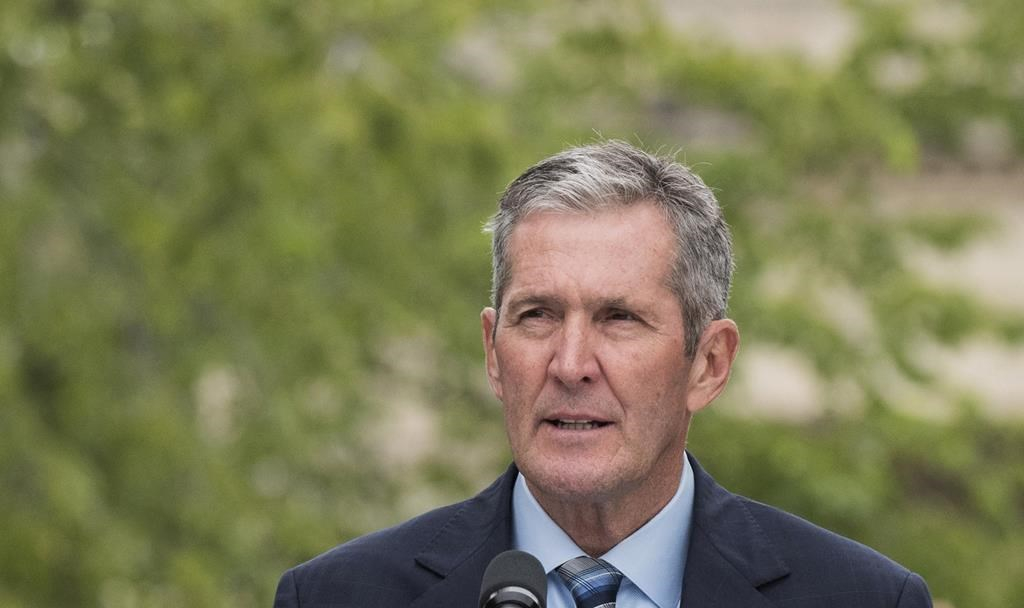 Progressive Conservative party leader Brian Pallister announces that the provincial election is underway after a visit to the Lieutenant Governor on Monday, August 12, 2019 in Winnipeg. File photo by The Canadian Press/David Lipnowski
Previous story
Next story

Manitoba Progressive Conservative Leader Brian Pallister has made a final pitch to voters ahead of tomorrow's provincial election.

Pallister, surrounded by his party's candidates outside the legislature, said his party is the only one that will fight the federal government's carbon tax and reduce other taxes.

Pallister reiterated his platform promises to boost health-care spending, cut property taxes and move toward a balanced budget if he wins a second term.

Pallister called the election more than a year early and has offered several different reasons in recent months for doing so.

Last December, he said the ability to change the timing of an election was a competitive advantage he had over his opponents.

He later said he did not want an election to interfere with the province's 150th birthday in 2020, and more recently has said he needs a fresh mandate from voters for new plans for the coming year.