Canada’s 2019 federal election will be called on Wednesday 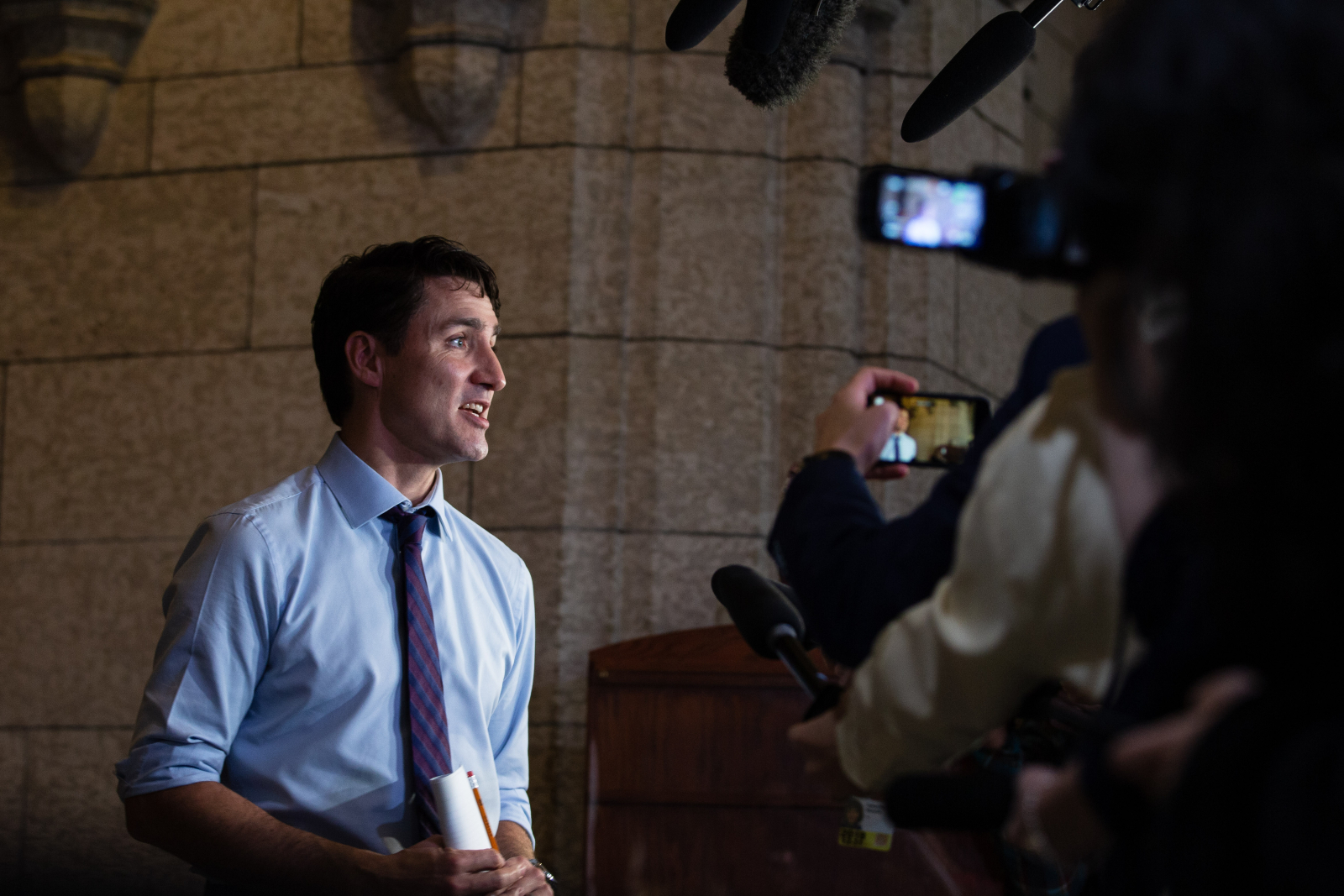 Prime Minister Justin Trudeau speaks to reporters outside his caucus meeting in Parliament in Ottawa on Nov. 21, 2018. Photo by Alex Tétreault
Previous story
Next story

With a quick visit to the residence of Gov. Gen. Julie Payette at 10 a.m., Prime Minister Justin Trudeau will ask for the green light to dissolve Parliament, according to a report from The Canadian Press. Voting day is scheduled for Oct. 21.

Canadians will now have a chance to vote for their preferred candidate in their riding, and in so doing, determine whether Trudeau’s team has earned another shot at governing the country.

Trudeau promised “sunny ways” following the last election in 2015. While many believe his government has delivered on core promises on child-care benefits, jobs and poverty, it has also faced scandals such as the SNC-Lavalin affair, which saw the departure of his attorney general, as well as two ethics commissioner reports claiming wrongdoing from the Prime Minister’s Office.

For the first time in a decade, the environment leads the list of national voter concerns, according to several polling firms, in part due to a spate of recent record-breaking natural disasters across the country and ongoing political and legal battles between several provinces and the federal government.

Over the course of four years, the Liberals have positioned themselves as the party best able to meet the country’s challenges in the climate crisis, by putting in place sweeping changes such as a countrywide carbon-pricing system, restrictions on methane, a phasing-out of coal-fired power plants, incentives for electric vehicles and other commitments.

The government, however, is far from meeting its international obligations to cut carbon pollution. Even with its significant emissions-slashing plan in place, it is banking on technological advances, more public transit and future efforts by provinces to collectively cut millions more tonnes of pollution to meet its 2030 target.

Their carbon-pricing policies also contain exemptions for the oil and gas industry, the country’s biggest producer of greenhouse gas emissions that trap heat in the atmosphere and worsen the climate crisis. The Trudeau Liberals have approved controversial major energy projects such as two multibillion-dollar pipelines, as well as the Site C Dam and the LNG Canada project in British Columbia.

But the Liberals say their efforts have resulted in much more environmental progress than what would happen under a Conservative government led by Andrew Scheer.

Scheer, who has led the official Opposition Conservatives since 2017, has promised to scrap the federal price on carbon pollution that went into effect this April, rejecting it as an onerous burden on hard-working Canadians.

Their alternative plan does not project by what volume their proposed initiatives would lower Canada’s pollution, but instead relies on requiring firms to pay for clean technology and providing tax deductions for industries cutting foreign emissions.

Fierce debate is also expected over issues such as the cost of living, immigration and border-crossing asylum seekers, how to best handle U.S. President Donald Trump and his administration when it comes to trade and the future of NAFTA and the expansion of universal health care.

Meanwhile, the New Democratic Party and its rookie leader, Jagmeet Singh, are seeking to recapture Canadian votes after losing more than 50 seats in the 2015 election compared to the party's 2011 total. The Greens aim to harness the energy of voters seeking tougher climate action and capitalize on their historic election of a second MP.

The Greens and the NDP have already been at each other's throats this month in relation to defections from one party to another and accusations of lies and backroom politics.

Finally, amid rising tides of far-right populism in Europe and the U.S., the People’s Party of Canada (PPC), led by former Conservative minister and leadership candidate Maxime Bernier, is a new addition to the political scene this year and is rallying against immigration policies.

This election also comes at a polarizing moment in Canadian politics. A majority of Canadians feel alienated by the country’s political system — a parallel to the sentiments Americans felt in the run up to the November 2016 election that elected Donald Trump, found a recent study by Simon Fraser University.

Nearly half of the study’s 3,500 participants didn’t believe that Canada is governed democratically. Almost 60 per cent of them were only “moderately convinced” that Canada should even be a representative democracy. And 70 per cent of participants believed that government officials don’t care what they think.

There are 338 seats in Parliament up for grabs. A party needs to win 170 in order to form a majority government.

Though the parties themselves have already begun clashing, their campaign slogans, at least, have stuck a similar tone. The ruling Liberals have settled on "Choose Forward" as their official theme. The Conservative tagline is "It's time for you to get ahead,” while the NDP’s motto is “In it for you.” The Green party is campaigning with "Not Left. Not Right. Forward Together." The PPC, an outlier, is branding with "Strong and Free."