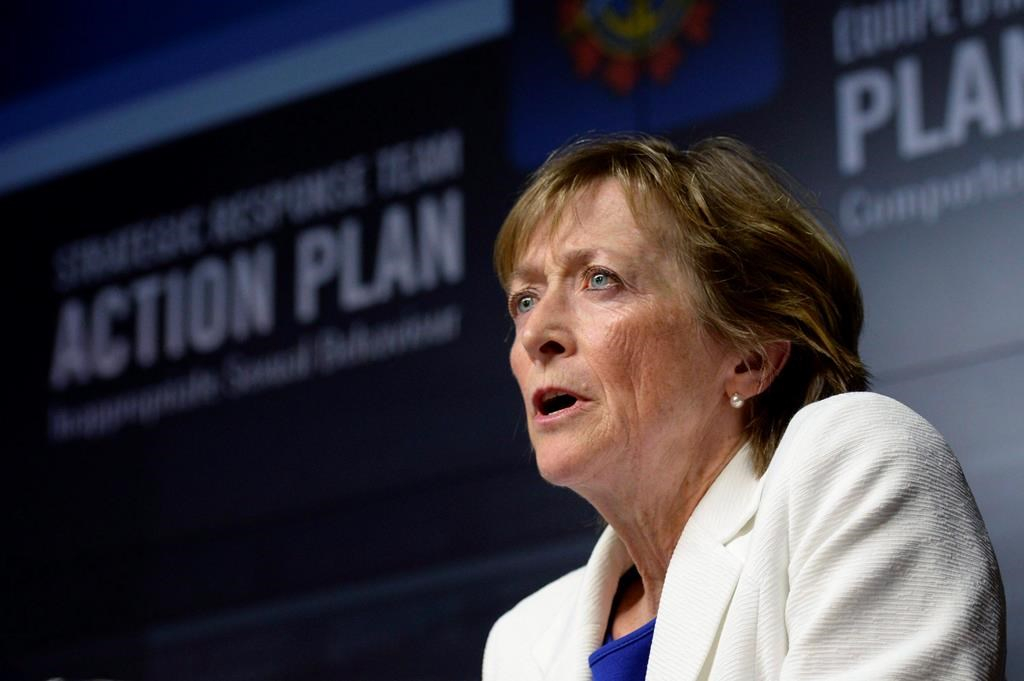 Marie Deschamps, a former Supreme Court justice and author of an inquiry into sexual misconduct in the Canadian Forces, speaks at a news conference in Ottawa on Thursday, April 30, 2015. File photo by The Canadian Press/Adrian Wyld
Previous story
Next story

A former Supreme Court justice has been named to a panel overseeing the country's security agencies.

Her appointment takes effect at the end of September.

Deschamps served on the Supreme Court for a decade in a long legal career, retiring from the judiciary in August 2012.

Since then, she has conducted a high-profile review of sexual assault and misconduct in the Canadian military, done similar work for the United Nations and chaired a panel advising the government on medically-assisted death.

In her new role, Deschamps will be part of a group tasked with ensuring that more than a dozen federal bodies that have national-security responsibilities are complying with the law.

Among the agencies are the Canadian Security Intelligence Service, or CSIS; the Communications Security Establishment, charged with protecting cyber systems; the Royal Canadian Mounted Police; Global Affairs Canada and the Justice Department.

Outgoing New Democrat MP Murray Rankin was named chairman of the new super-agency in July after the legislation to create the body received royal assent in late June.

The body is required to provide the prime minister with an annual report and is supposed to work as a complement to a committee of parliamentarians given a similar oversight mandate.

The National Security and Intelligence Committee of Parliamentarians submitted its second annual report to Trudeau at the end of August.

Declassified versions of the committee's report must be tabled within 30 sitting days of Parliament resuming, which won't happen until after October's election.