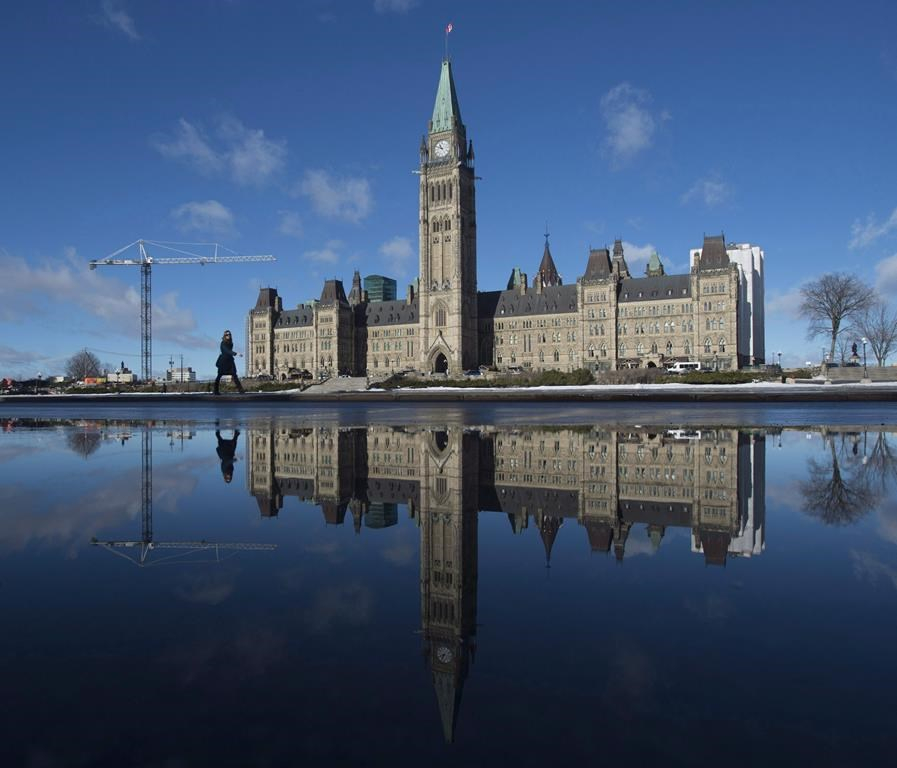 The centre block of the Parliament buildings is reflected in a puddle as a women walks past, on Monday, February 1, 2016 in Ottawa. File photo by The Canadian Press/Adrian Wyld
Previous story

A Saskatchewan man accused of threatening to shoot Prime Minister Justin Trudeau and blow up the Parliament Buildings has been acquitted.

David Petersen, who is 53, faced a charge of uttering threats over the phone to a government worker on Feb. 12.

Judge Hugh Harradence told Nipawin provincial court on Tuesday that he had reasonable doubt Petersen uttered the threats with intention.

Harradence said he believed the employee who took the call was sincere in trying to recall the conversation, but there was no recording or notes taken immediately after the call.

Petersen, who elected to defend himself, argued the whole case stemmed from a foolish conversation with someone he didn't know.

Last March, he intended to plead guilty to the charges to get them out of the way.

But Judge Inez Cardinal wouldn't accept Petersen's plea after he said he didn't believe he was guilty.

"I was scared as hell and I didn't know what to expect," Petersen said outside court Tuesday about the acquittal.

"I wasn't trying to guess ahead of anything, but I'm not surprised."

Paul Sveinson, a collection content officer for the Canada Revenue Agency, testified last week that he and Petersen talked about 10 times between October 2018 and the Feb. 12 call. He said Petersen sounded depressed and distraught during the last call and brought up Trudeau's name after no previous mentions of politics.

Sveinson recalled Petersen's exact words as being: "Between you and me, I'd like to take a shot at Trudeau" and "I don't want to be the guy that goes and blows up Parliament."

Sveinson added the sad, quick demeanour of Petersen's voice caused him concern for Petersen's well-being, which resulted in Sveinson contacting a department manager.

The employee also testified the call had initially been about Petersen's life insurance and that caused Sveinson to believe it was a suicide call.

Harradence said there was a hole in the evidence about how Trudeau and the Parliament Buildings came into conversation.

Petersen told Gillies during the interview the "take a shot" comment meant he would punch Trudeau in the nose if he was in front of him, not shoot him. He said he wouldn't shoot Trudeau due to a moral belief that killing another human is wrong.

Gillies said in court that while Petersen appeared stressed and was sober, he didn't think he was a threat to Trudeau.