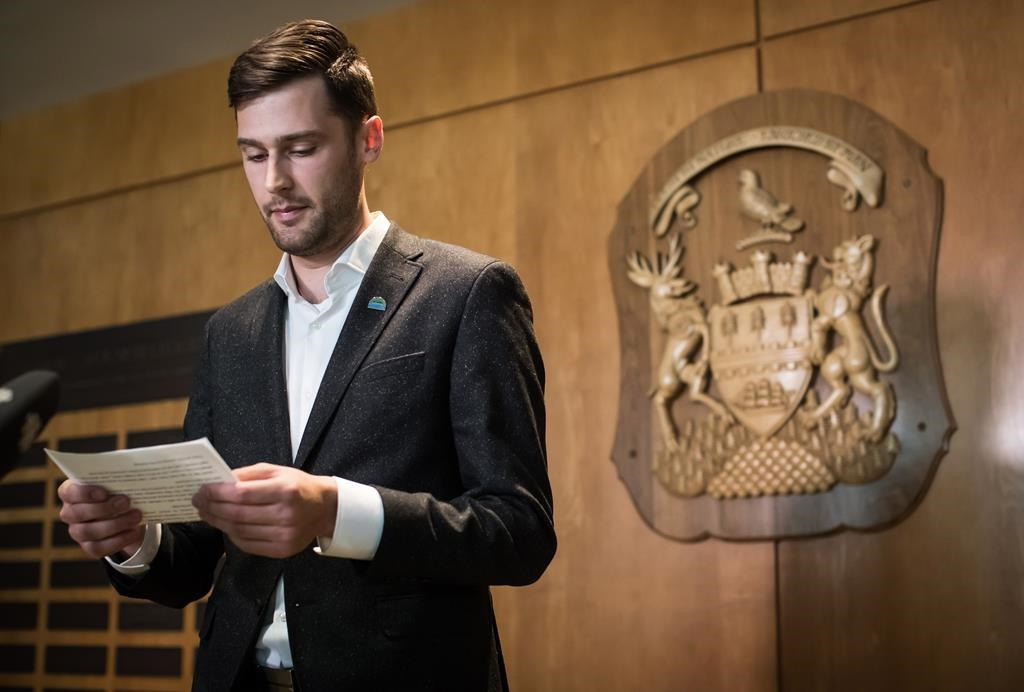 Port Moody Mayor Rob Vagramov reads a statement during a news conference after being charged with sexual assault, at City Hall in Port Moody, B.C., on Thursday, March 28, 2019. File photo by The Canadian Press/Darryl Dyck
Previous story
Next story

A sexual assault case involving the mayor of Port Moody, B.C., will return to court on Nov. 13, but the politician's lawyer says "alternative measures" are being pursued that could see it resolved outside court.

Rob Vagramov returned to his regular duties on Monday after taking a voluntary leave of absence in March when he was charged with sexual assault stemming from an alleged incident in Coquitlam in 2015.

Vagramov, who was not in court on Thursday, has denied the allegation.

He would not elaborate on what negotiations are taking place.

Donaldson says if they are successful he expects the charge will ultimately be stayed or withdrawn, and hopes the matter will have been "completed" outside the court process by the next date.

British Columbia's prosecution service said Monday that a special prosecutor assigned to the case indicated in June that the Crown would proceed summarily on the matter. Its website says summary offences are less serious and alternative measures can be used in those cases.

Vagramov regular duties include heading several committees, but another councillor continues to fill in for him as chair of the police board until the legal case is concluded.

"What was initially pursued as quite a scary indictment has since been starkly reduced to a summary matter, with the Crown and my legal counsel now exploring a resolution that would not involve a trial at all," he told a news conference on Monday.

Vagramov was 28 when he was elected mayor last fall after serving one term on council.