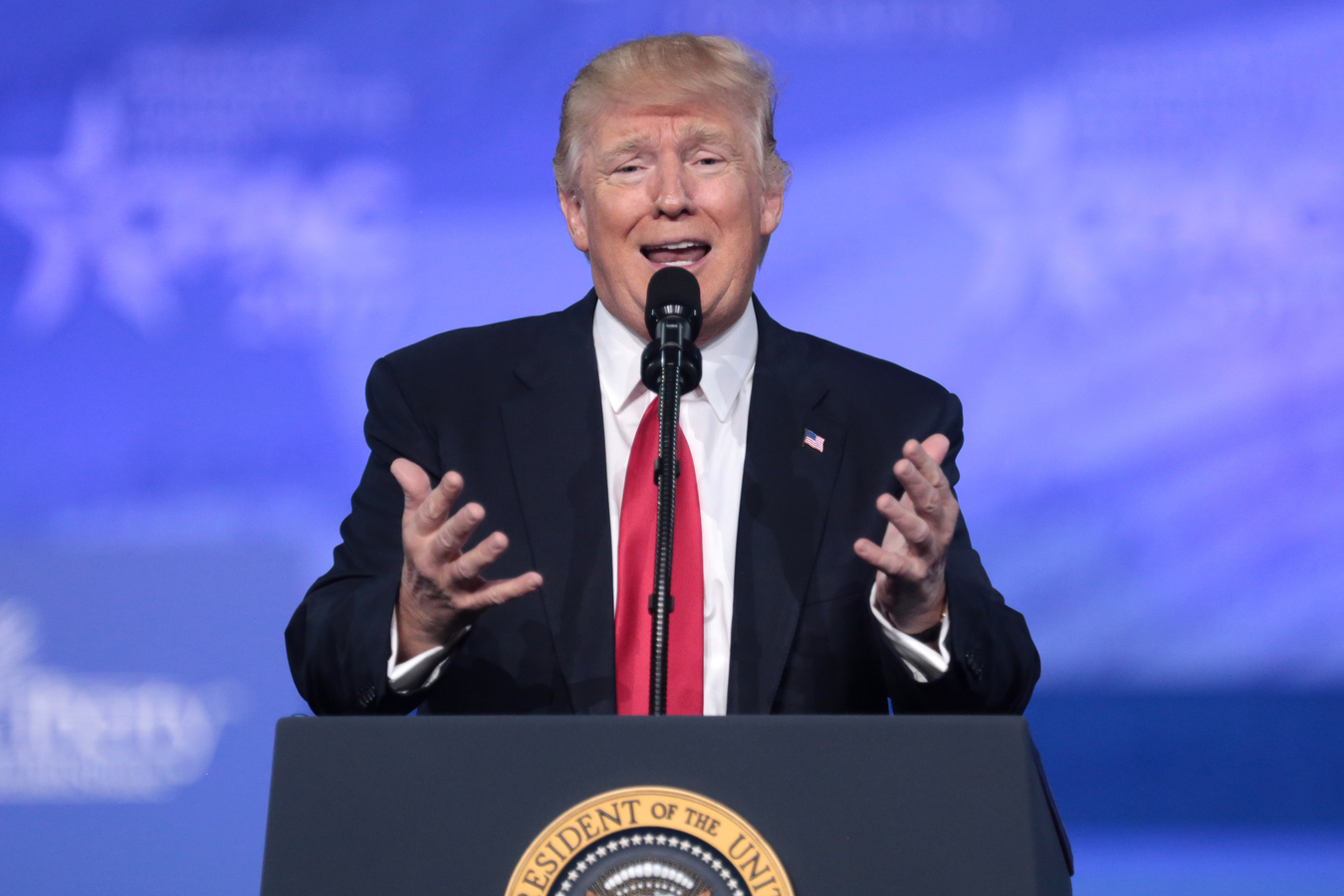 President Trump’s remarkable recent self-praise regarding his dubious and non-existing trade accomplishments with China won’t surprise those increasingly alarmed by his erratic and provocative actions which are endangering not just the US economy but also undermining the economies of the international community as well.

Because of his frequently unpredictable and bizarre behaviour, especially his total rejection of any criticism, some have a tendency to regard Trump’s actions as simply those of someone openly exhibiting the traits of a narcissistic personality disorder; a mental condition in which an individual has an inflated sense of their own importance and accomplishments, a compulsive need for attention and praise, plus difficult inter-personal relations and lack of empathy for other people.

However, in spite of Trump’s endlessly divisive actions, it’s difficult for many to understand how Trump is still able to not only undermine the traditional democratic process in the US but also simultaneously have a negative spillover effect on other countries, including Canada.

Given Trump’s increasingly dangerous trade and economic policies, no country can ignore or under-estimate the extremely serious consequences of his often unpredictable actions for the global community, especially when many countries already confront destabilizing political and economic threats, especially increasing unemployment.

That potential danger for American society is not something to be ignored by those who value democracy and the rule of law, especially when democratic systems are threatened in various nations.

Despite increasing concern over Trump’s disruptive actions undermining national solidarity within American society, some seem to regard the growing divisions within the US as simply illustrations of different views rather than anything more dangerous or anti-democratic — or deliberately linked to exploiting racist views.

His recent denouncement of four Democratic Party Congresswomen, questioning their loyalty to the United States — despite the fact three were actually born in the US — graphically illustrates his politically motivated repeated attempts to promote racism because such attacks are well-received by some of his supporters.

Notwithstanding that factor, many Americans originally supported Trump because of other considerations, particularly their bitterness over loss of well-paying jobs, especially in the Rust Belt, where pro-Trump support was key to his election.

Interestingly, one group which did attempt to issue a warning about the potential danger Trump represented, were American mental health experts.

In November 2017, twenty-seven American psychiatrists and mental health experts issued a controversial report explicitly warning of the President’s alleged “psychological instability and the danger it poses” for the United States.

"Given Trump’s increasingly dangerous trade and economic policies, no country can ignore or under-estimate the extremely serious consequences of his often unpredictable actions for the global community."

That highly contentious assessment of Trump’s mental stability expressed the view he should never be in a position to influence the lives of other people in any significant way.

Nevertheless, much of the international community — including many key countries of the crucially important European Union nations — have been increasingly drawn into the issue of Trump’s questionable fitness as leader of the world’s most powerful nation.

Growing numbers of Americans and Canadians are concerned about Trump’s never-ending provocative and disruptive actions, many not only under-mining American society’s unity but also seriously jeopardizing global trade and international relations with key powerhouses like China and the European Union.

Trump’s recent unilateral imposition of additional trade bans against Iran are opposed by other major nations because they violate an agreement with Iran to end its development of nuclear weapons.

Nevertheless, Trump has effectively pursued a takeover of power with the support of the increasingly compliant Republican Party and uses the frustrations and anger festering within society by presenting himself as the sole leader capable of making America great again.

Unfortunately, Trump is not unique. He’s simply a contemporary version of similar, dubious leaders who preceded him.

Like Adolf Hitler, who portrayed himself as the one leader who would restore Germany’s honour and greatness, Trump also has taken advantage of a deeply divided state where Americans are bitter about their declining status.

Again, Trump’s exploitation of anti-democratic and racist feelings within American society are nothing new.

They are symptomatic of dangerous and unpredictable developments within a greatly changing global community. They are manifestations of dangerous divisions increasingly undermining some societies and often linked to the growing importance of high tech companies which offer limited opportunities for less qualified individuals within society.

In the final analysis, dubious authoritarian leaders like Trump seldom come to power until a particular society’s population is already seriously divided or confronting widespread economic and social difficulties, including significant unemployment.

Paradoxically, one factor having a growing impact on many societies is globalization. It can bring about unpredictable socio-economic changes, some positive and widely popular. Others, however, can undermine certain vulnerable cross sections of the population, leaving some, including the less educated, alienated and susceptible to the siren call of extremists.

Growing economic progress in many European and other advanced societies inadvertently has contributed to the millions of migrants into better-off countries, especially Germany, England, France, Spain, Italy, Sweden and others.

It also has been currently undermining and dividing some European societies, even exploited during recent European Union elections in Italy and other EU states.

Major political advances by Germany’s Green Party in recent EU elections — the Greens becoming the second largest party in Germany — are a significant development at a crucial time, with the increasing dangers of global climate change, which Trump bluntly dismissed at the recent G7 summit in France.

And while the threat to democracy posed by authoritarian leaders like Donald Trump are clearly real, the threat represented by global climate change is more ominous for the planet.

That escalating threat must be confronted much more forcibly by the entire international community under the Paris Accord if this planet is to remain habitable for future generations.

An August UN report has warned that climate change is now endangering both global food and water supplies on the planet. Immediate international action is imperative.

That can only be accomplished by sustained concrete actions to cut greenhouse gas emissions without further delays and excuses by self-serving leaders like Trump.

It’s a reality Canadian voters themselves should bear in mind during the forthcoming October national election.

Harry Sterling, a former diplomat, is an Ottawa-based commentator. He once served as the Canadian government representative to the Canada-US International Joint Commission dealing with transboundary environmental issues.

Yes thank you Harold and

Yes thank you Harold and National Observer. The masses are offered up as a sacrifice to Mammon and once consumed the ruling strategists can then fight among themselves until they find a way to colonize another planet.

It certainly is true that

It certainly is true that Trump can do a great deal of damage to democracy but unfortunately climate change is the most pressing problem for our planet. I wonder if a real Apocalypse is not on the horizon if the warming trend is not halted. I also wonder if the elitist super rich don’t really care because they feel they can buy themselves out of trouble. If warming continues they better hope it is feasible to start a colony on Mars or the moon.