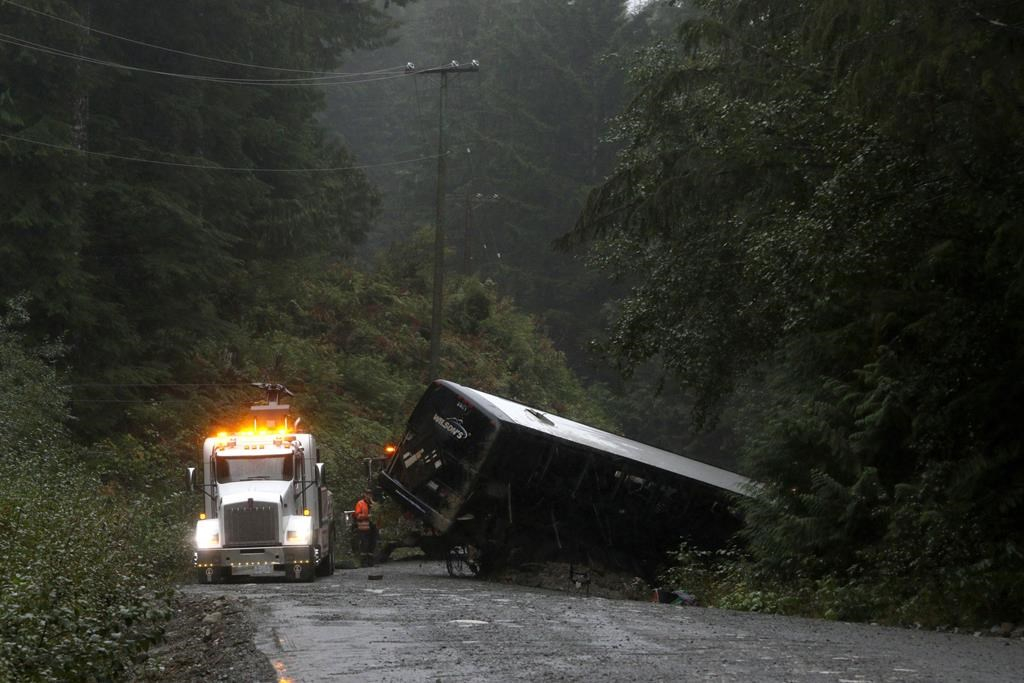 A tow-truck crew removes a bus from an embankment next to a logging road near Bamfield, B.C., on Saturday, Sept. 14, 2019. File photo by The Canadian Press/Chad Hipolito
Previous story
Next story

Students, faculty and staff at the University of Victoria were to gather for an hour of reflection and support Tuesday as they cope with the aftermath of last Friday's bus crash that killed two students and injured at least a dozen more.

The University and the UVic Students' Society have organized the gathering, described as a time to unite and reflect.

A statement from the school says support staff will be available.

First-year biology students Emma Machado of Winnipeg and John Geerdes from Iowa have been identified as the two 18-year-olds who died when a charter bus carrying them and 43 other UVic students veered off a remote dirt road southwest of Port Alberni.

The students and two teaching assistants were travelling to the Bamfield Marine Science Centre on the west coast of Vancouver Island for a field trip.

Helm says students from the campus have been making the trip to the Bamfield centre every fall for at least 18 years.

Robin Hicks, acting dean of the Faculty of Science, says in the statement that although Machado and Geerdes were just weeks into their academic studies, "both of these students demonstrated a love of marine biology and a passion for the natural world."