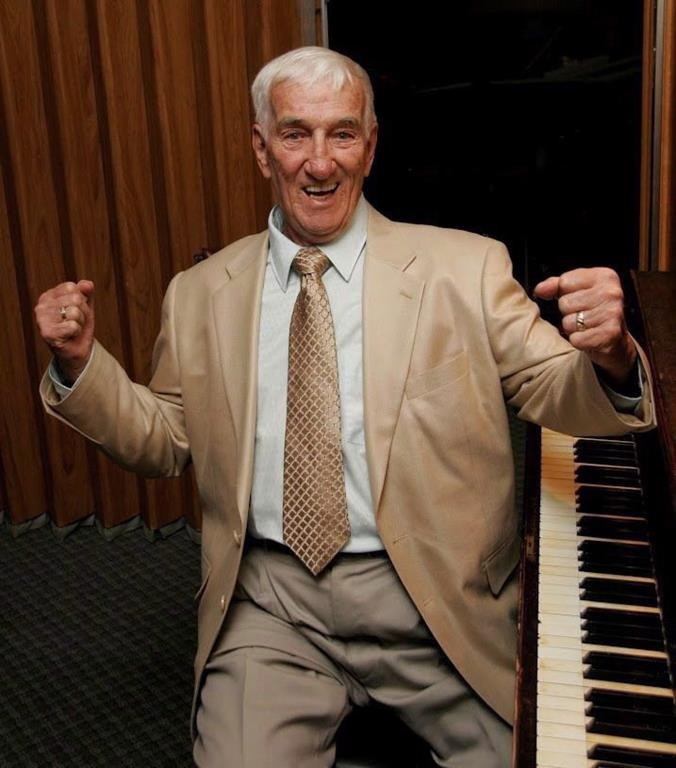 A Nova Scotia widower who received thousands of birthday cards last year after his daughter asked people to mail him their best wishes for his 92nd birthday has died, his daughter said Tuesday.

Gerard Dunn died Monday evening in Sydney, N.S., with his family by his side after a short illness.

"He decided he would peacefully move on, not struggle any more, not use any heroic measures, and just go see Mom," his daughter Miriam Dunn said in a phone interview.

The elder Dunn captured hearts last October after Miriam tweeted a request that people send her father cards for his birthday since it would be the first he would mark since the death of his wife, Ellen.

The widely shared message generated an avalanche of cards, notes and postcards from people from as far away as Europe, Australia, Africa, and the Americas, as well as from Prime Minister Justin Trudeau.

Miriam Dunn said the mail did not stop after her father's birthday, and he continued to receive postcards and letters from well-wishers until he died.

"It was not something that happened and was forgotten," she said. "It continued to be part of our lives and it really meant a lot to him. It made him very happy, and it made him feel, not that he was special, but that the other people were special."

Dunn said her father was a beautiful writer and soul who was loved by many people throughout his life, and she is grateful the card campaign allowed her to share him with the world.

"Dad lit up a room when he came in," she said. "He wanted everyone to be comfortable and happy and feel special in his presence."

Gerard had always received cards from his wife for the many birthdays, holidays and anniversaries they shared over more than six decades of marriage, retrieving his favourites to adorn his home for each special occasion.

Miriam said the family spent her father's last days at his bedside, reminiscing and rereading many of those same cards.

"We were singing and telling stories, and looking at old pictures and reading old letters and cards from his birthday and sharing lots of memories and laughs," she said.

She said the family would host a visitation Friday evening at Dooley's funeral home in North Sydney and a funeral mass Saturday morning at St. Joseph's Catholic Church.

As they turn 85, Dionne sisters caution about the perils of childhood celebrity