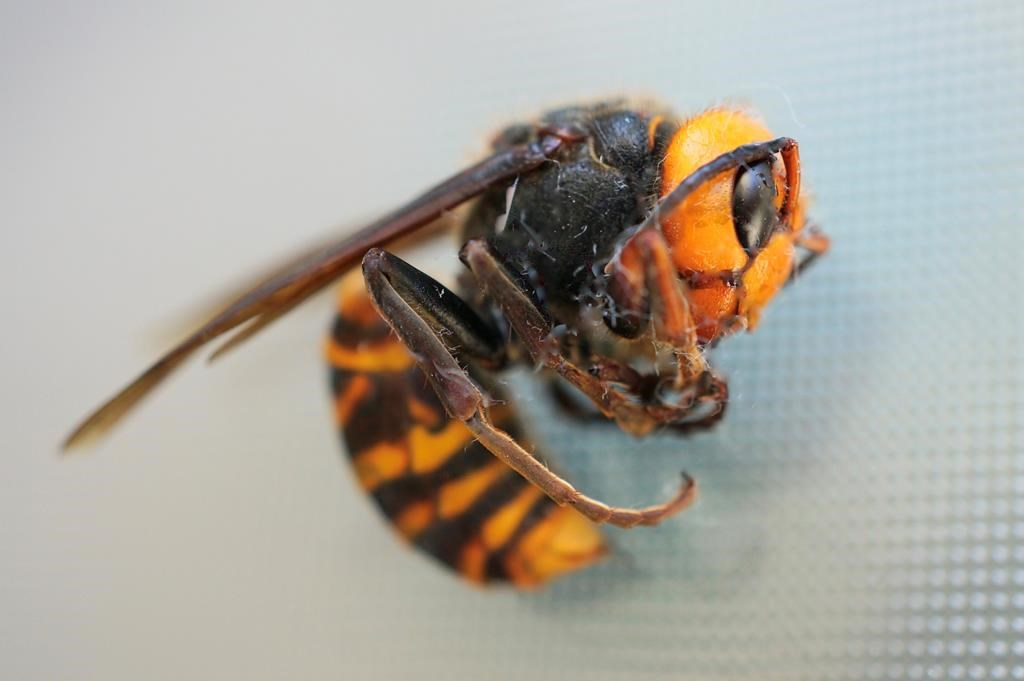 An Asian giant hornet is shown in this undated handout photo. Handout photo by The Government of British Columbia
Previous story
Next story

A nest of invasive Asian giant hornets has been discovered and destroyed in a park south of Nanaimo, B.C.

The provincial government says its experts and a group of local beekeepers successfully eradicated the nest using carbon dioxide and removed all the hornets and the queen.

The giant hornets can be up to five centimetres long with a wingspan of seven centimetres and while stings are rare, the government statement says if a person is stung multiple times there is a risk of toxic or allergic reaction.

The province says three of the insects were found in the Nanaimo area in August and another three were found earlier this month, helping them to trace the location of the underground nest.

The hornets, which are common in parts of China, Korea and Japan, feed on insects and are capable of destroying a honeybee hive in a short period of time.

The Ministry of Agriculture says the dead hornets will be preserved for further research and testing to determine their potential point of origin.