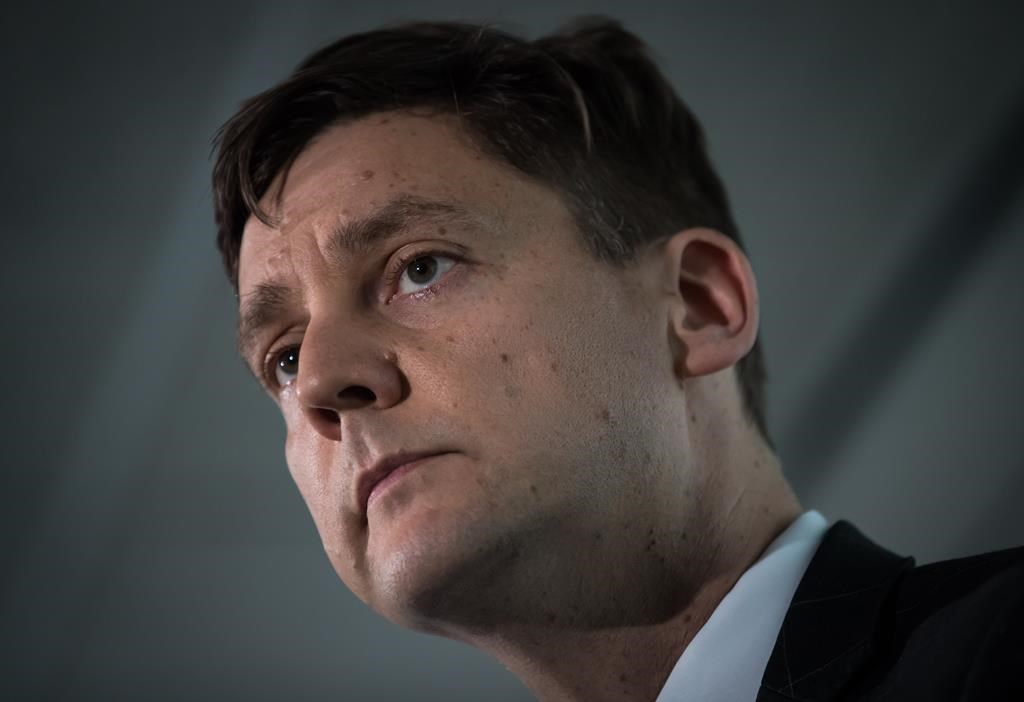 British Columbia Attorney General David Eby looks on during a news conference in Vancouver, on Friday, May 24, 2019. File photo by The Canadian Press/Darryl Dyck
Previous story

A national public inquiry into money laundering would be beneficial, no matter which party wins the federal election, says British Columbia's attorney general.

David Eby said Monday money laundering is a non-partisan issue, but it is one that should be debated during the federal campaign.

Conservative Leader Andrew Scheer said during a campaign stop in Ontario that he would call a public inquiry to focus on cleaning up the real estate sector if the Tories win the election.

Eby said action on money laundering by Ottawa would receive strong support in B.C., where government-commissioned reports say illegal cash has skewed the real estate market and helped fuel the opioid crisis. The province's NDP government called an inquiry into money laundering last May after those reviews found crime groups were funnelling billions of dollars into illicit drugs, real estate and other parts of the economy.

Eby said he doesn't want to wade into the federal election campaign, but any call by political parties to fight money laundering is a step forward.

"We're becoming internationally known for this," he said. "We need to be addressing it quickly. I think all parties should be concerned about this and it should be a point of debate during the election about how parties can respond best, how the federal government can respond best to this."

Eby made the comments in Victoria after speaking to a conference of crime, finance and real estate experts who are examining money laundering in Canada.

"There's no question we need to do a lot more work with our federal counterparts, whichever party is in power," he said.

Austin Cullen, a former B.C. Supreme Court justice, will head the provincial inquiry, which has the power to compel witnesses to testify.

A start date for the B.C. inquiry has not been set, but a final report is due by May 2021.

This report by The Canadian press was first published Sept. 23, 2019.

Crackdown on money laundering does not include federal public inquiry: minister