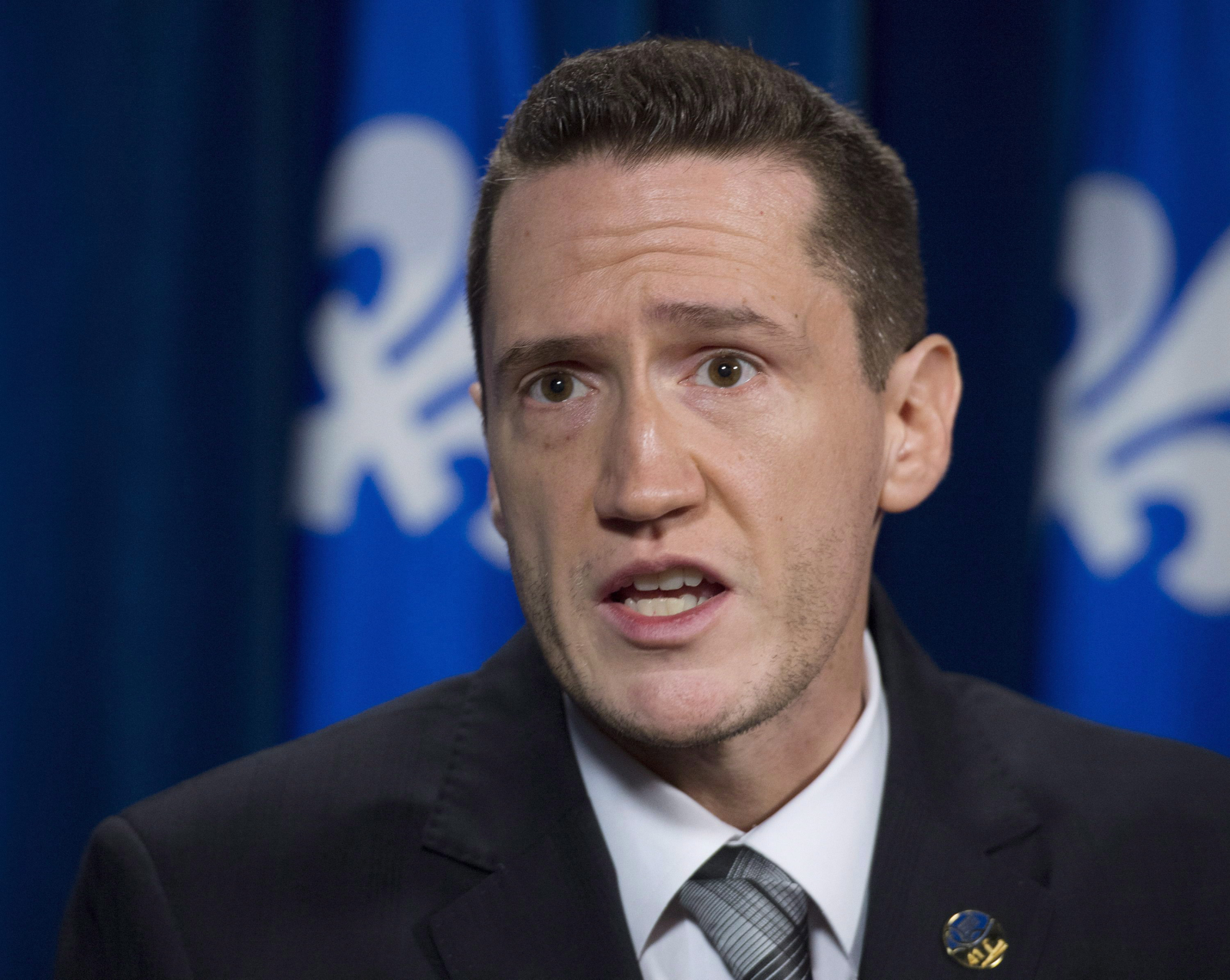 Quebec Environment Minister Benoit Charette seen here as an MNA on June 4, 2015 at the legislature in Quebec City. Photo by The Canadian Press / Jacques Boissinot
Previous story
Next story

Quebec's government took to the world stage this week to market its plan to electrify the province's economy as the way forward on climate action.

Quebec Environment Minister Benoit Charette announced the province was joining the Drive to Zero Pledge, at an event in New York on Sept. 24. The pledge commits signatories in part to make zero-emission technology commercially viable for the truck and bus industry over the next five years.

The commitment, made on the second day of the United Nations Climate Week, aligns Quebec with the federal Canadian government. Ottawa had already announced it was singing the pledge this year. It said it would ensure all new vehicle sales in Canada would be electric by 2040.

Quebec's transportation sector is the main source of the province's carbon pollution, accounting for 43 per cent, while across Canada heavy-duty gasoline vehicles produce nearly 30 per cent of total transportation-related pollution.

Canada was the first country to sign on to the pledge that dozens of other organizations, companies (including four in Quebec) and governments, including the province of British Columbia and the City of Vancouver, have also signed.

The Eastern Canada province has already created a system of rebates on electric vehicle purchases, financial assistance for installing charging stations and a network of stations across the province.

On Sunday, Charette also announced the province would be contributing $43 million to the United Nations Framework Convention on Climate Change Adaptation Fund, to help climate resilience and adaptation efforts around the world.

In an interview at UN headquarters, Charette said Drive to Zero's objective, electrification of transportation, is at the "centre" of Quebec's own plan.

The pledge was "another way to show Quebec's leadership with environmental issues," Charette said at the event, hosted by his government, the City of New York and a California non-profit called Calstart that launched the initiative in September 2018.

"The objectives of the Drive to Zero challenge are in direct (alignment) with our ambition, and that is why we are very happy to join" - @CharetteB

"The objectives of the Drive to Zero challenge are in direct (alignment) with our ambition, and that is why we are very happy to join."

Charette said other aspects of the provincial plan, expected in full next year, will include sharing Quebec's vast reserves of hydro electricity with Canadian provinces and U.S. states.

Hydro-Québec has been building and adding thousands of megawatts of surplus capacity. A high-voltage transmission line, the Champlain Hudson Power Express, from Quebec to New York has been valued at $19.9 billion.

Quebec has been in a cap and trade market for carbon pollution with California and, until recently, Ontario. The Ford government pulled out of the deal after it came to power in 2018, a move Charette called "disappointing."

Meanwhile, California and Quebec have built a stronger relationship, he said. The cap and trade system is expected to generate approximately $4.5 billion in revenue by 2020 for the province. The Legault government promises to reinvest it in pollution-cutting measures.

Charette is heading to Paris next week for bilateral meetings about the province's cap and trade system and more. On Friday, he will be marching with youth gathering for a strike in Montreal along with Greta Thurnberg.