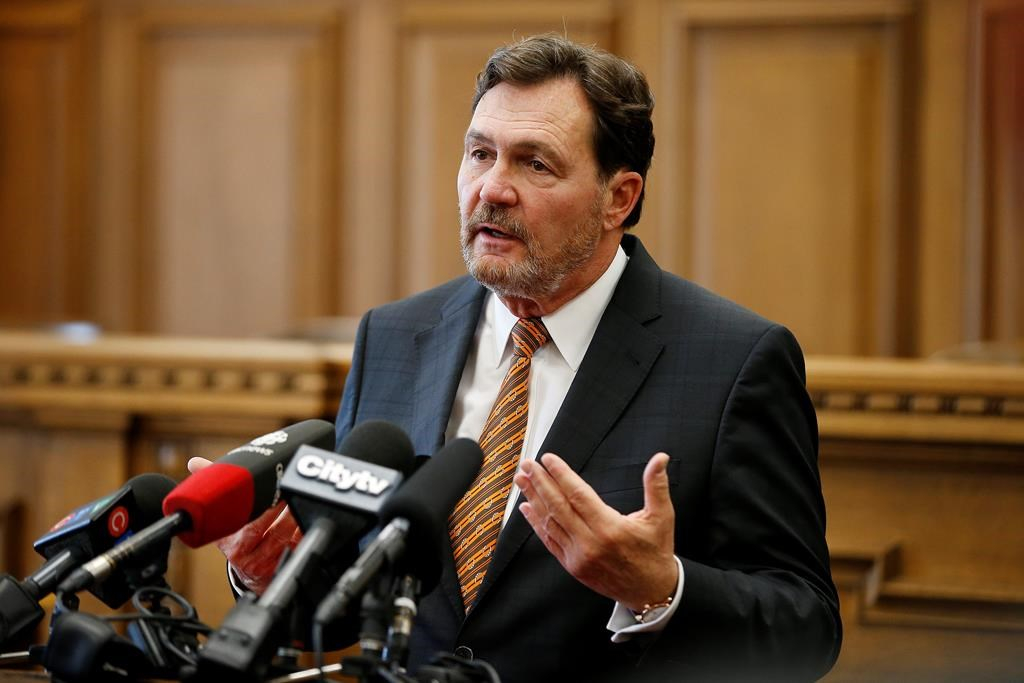 Supreme Court Chief Justice Richard Wagner speaks during a press conference in the Law Courts (Manitoba Court of Appeal) in Winnipeg on Sept. 23, 2019. This is the first time in the history of the Supreme Court that it will sit outside of Ottawa. Photo by
Previous story

The Supreme Court of Canada's decision to hold hearings outside of Ottawa for the first time in its 144-year history is part of a plan to let Canadians see how the high court works and strengthen trust in the institution, says Chief Justice Richard Wagner.

"It is hard to have faith in something if you don't understand it. This is why I believe it is so important to see how the justice system works up close and in person," Wagner said Monday inside a courtroom normally used by the Manitoba Court of Appeal.

"Many reasons why there is biases and prejudice in society is the lack of information, is ignorance. So the more you give information to people, the less prejudice and the less bias they will have."

The high court's nine judges are to hear two cases this week, but much of their time will be spent reaching out to people. They are to meet with Indigenous leaders, members of the francophone community, students at nine schools and the general public. One event is to be an open question-and-answer session at the Canadian Museum for Human Rights.

The meeting with Indigenous leaders will be partly "to discuss what are their main concerns, to understand their difficulties and also to provide them with some answers on how our decisions are made," Wagner said.

It would be "a great thing" to see an Indigenous judge sitting one day on the Supreme Court, he added.

"Canadian people should see themselves in their courts and in the Supreme Court. If only for that reason, I would hope that one day we would be able to sit with a colleague of Indigenous origin."

One of the two cases the judges are to hear involves French-language education rights in British Columbia and whether the B.C. government has underfunded francophone schools.

The other case centres on how long is a reasonable time in which to try an accused and return with a verdict.

In 2016, the Supreme Court said an unreasonable delay is generally presumed should proceedings — from the criminal charge to conclusion of a trial — exceed 18 months in provincial court or 30 months in superior court.

In the case to be heard Wednesday, a man accused of sexual offences contends his trial took too long. More than 42 months elapsed from the time police charged him to the judge's ruling.

At issue before the Supreme Court is whether the time a judge takes to consider and deliver a verdict should count toward the limit.

— With files from Jim Bronskill in Ottawa

Supreme Court tells judges to take care, be clear on use of 'rape-shield' law