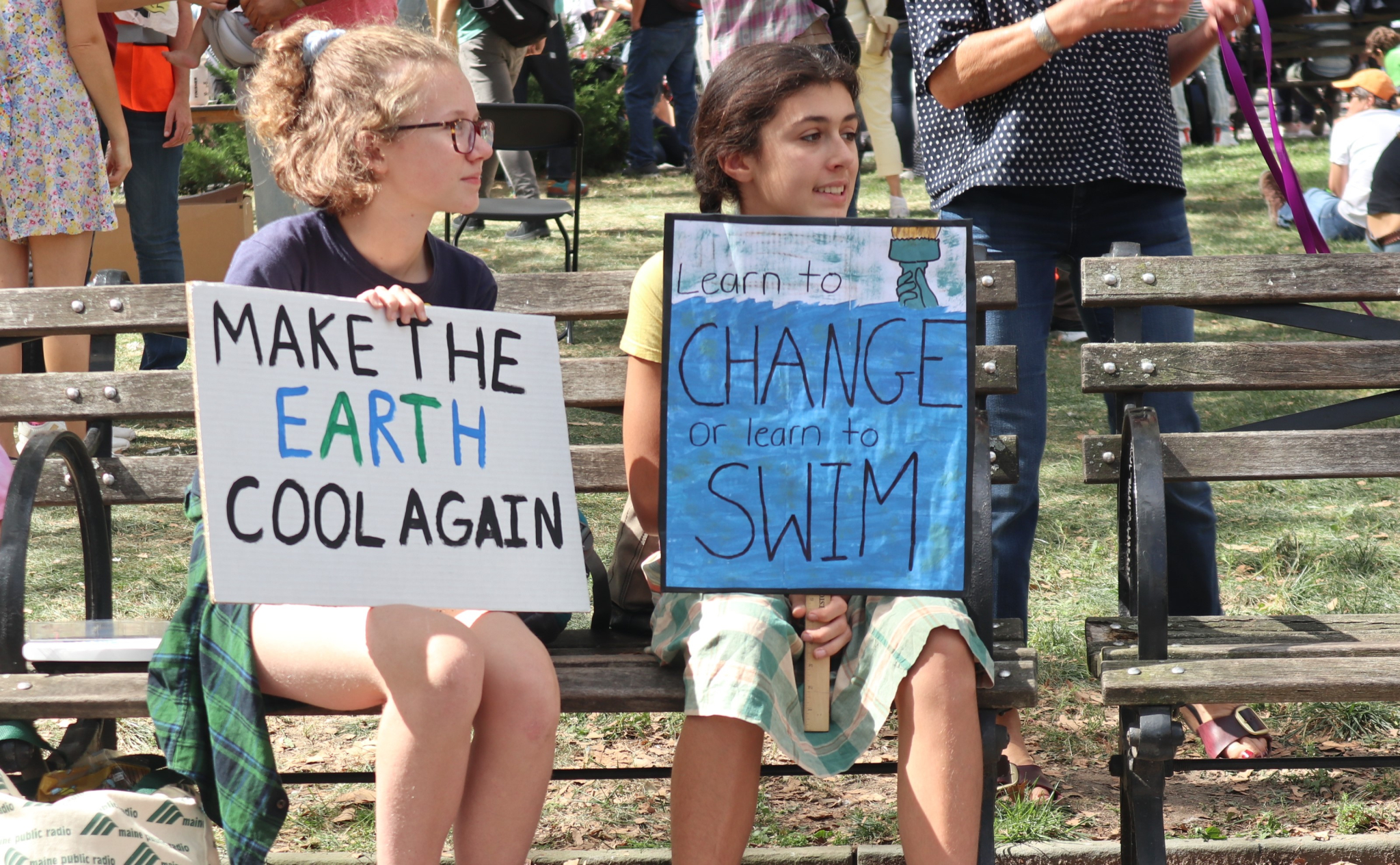 Young people took to the streets of New York City to call for climate action on Sept. 20, 2019. Canada's youth will follow their lead on Sept. 27, 2019. Photo by Fatima Syed
Previous story
Next story

The student groups organizing Friday's climate strikes across Canada have made a conscious decision not to include any politicians in the speaking lineups, despite requests from electoral candidates to be onstage.

They have vetted every speech and advertisement and social media post to ensure no partisan message or allegiance is made evident. Everything they had doubts about was sent and checked by legal experts across the country.

They have been extra cautious in part because in the prelude to the 2019 federal election campaign, Elections Canada warned environmental groups — some of which are assisting Canada's student climate groups in organizing the strikes — that launching campaigns on the perils of climate change during the fall federal vote could potentially require them to register as third-party advertisers, lest they run afoul of federal law.

Canada's largest youth climate event has therefore been deliberately designed to be a non-partisan, electorally agnostic affair, with organizers wary of any heated rhetoric about the biggest issue of the campaign.

"We've just been proceeding with caution," Allie Rougeot, the 20-year-old head of Fridays For Future's Toronto chapter, said in an interview. "Because we're a youth-led movement, we recognize that it's not necessarily our place to tell people how to vote. We are here to show the gap between what the science tells us to do and what's actually being done."

That has meant treading carefully. Requests to read out and analyze party platforms have been refused in favour of reading out the demands from Canada's young people. The demands include the recognition of Indigenous self-determination and stewardship in climate action, a reduction of national greenhouse gas emissions by 65 per cent by 2030, reaching net-zero emissions by 2040, the elimination of fossil fuel subsidies and more.

None of the student groups organizing the climate strikes have registered as a third party, but the Elections Canada rule made it difficult to work with other environment groups that wanted to help, Harrison Johnston, a 19-year-old, Vancouver-based Climate Strike Canada organizer, said in an interview.

Both Rougeot and Johnston said they received training over the summer from lawyers telling them how the Elections Canada rules would restrict their spending.

At the time of the training, Rougeot said, it was unclear whether the rules applied to all spending by a third-party group that boosted climate-related messages.

"Up to now, we're still not sure. So we're just going about not having paid ads," Rougeot said.

But that approach has also made Johnston wary that the climate strikes will be co-opted by Canadian politicians as a way to tout their parties’ climate plans, none of which he believes are good enough.

Liberal Leader Justin Trudeau and Green party Leader Elizabeth May will be in Montreal on Friday to take part in a climate-change march alongside Swedish environmental activist Greta Thunberg.

NDP Leader Jagmeet Singh will be at a climate-change march in Victoria, B.C., while Conservative Leader Andrew Scheer will not be taking part in any climate strike.

"Our main goal is, we make it very clear: let’s see your policies, plans," Johnston said. "Attending this event doesn’t show you care about the climate crisis. It takes more than that. We’re disappointed in the plans for all the parties, and we expect more."

"The hardest part, I think, has been for us individuals, because as spokespeople of the movement, people have been constantly asking us, 'Who are you voting for?' And we've been having to dodge the question every time," Rougeot said.

In some ways, these students see a silver lining: being non-partisan puts to rest the misconception young people are being paid to protest the climate, for example.

Rougeot said they are angry climate is a partisan issue at all.

"We just saw that as a really bad signal being sent to the Canadian population — that the climate crisis is still up for debate," she said. "It's not, and we'll make that clear Friday."

The elections Canada dictat may in the long term be very beneficial. I believe that the climate protests have much greater force if they are not embroiled in party platforms. Climate protestors demands achieve greater force and clarity by being divorced from the pettiness of politicians angling for advantage.
Stick to the agenda - no politician is pledging a strong enough response.
Those who aspire to represent Canadians in Parliaments, federal and provincial are obligated to be responsible to the electorate, if not now, than when the young achieve voting age; or face the consequences.

These young people put many

These young people put many of us to shame...and I'm tired of hearing how the youth...or indigenous people...are going to save the planet. We all have to step up, and part of that stepping up is taking the time to analyse the climate promises of all parties...choosing what we think is the best plan, and doing more than voting that way. Before and after the election, we too have to talk climate, tell them they aren't doing enough, and suggest better paths forward.

Given what we know about fracked gas, pushing for subsidies for renewables like solar, and demanding a simple 2 for 1 feed in tariff for folks who step up and invest in solar, would do more for electrifying our transportation.....than planting trees. Checking into the poor re-growth record of the companies already planting them after clear cutting watersheds, would be good research to engage in before wasting a lot of time with make work projects that might be photo-ops, rather than eco-restorative.

We can all play our part.