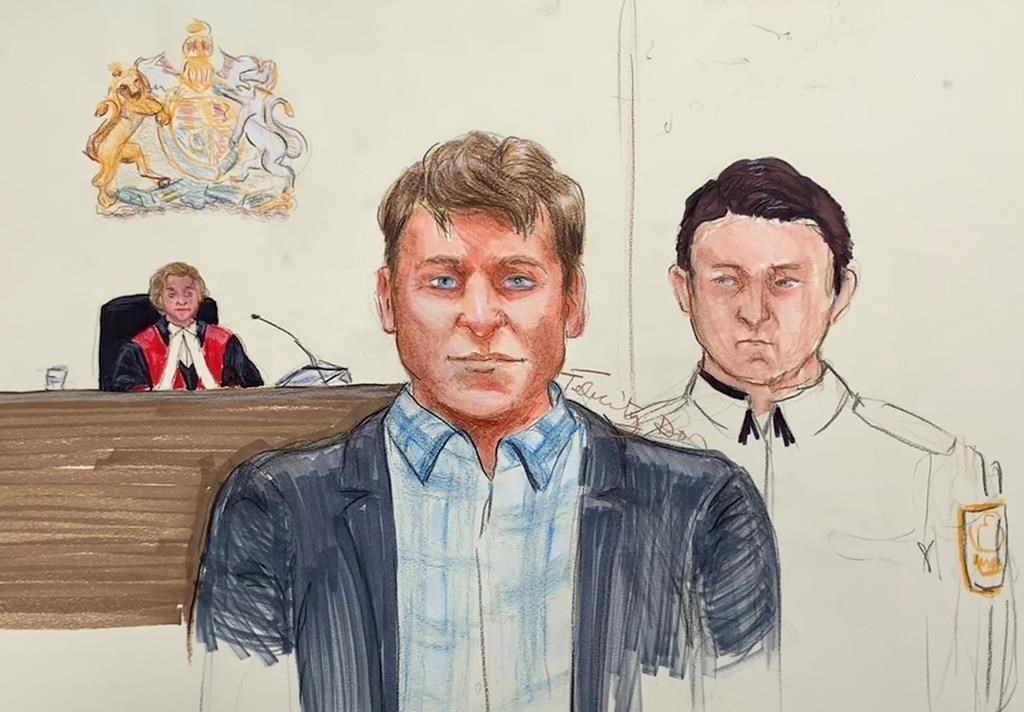 Andrew Berry appears in B.C. Supreme Court in Vancouver on April 16, 2019. A jury has found a father guilty of killing his two young daughters in his apartment in a Victoria suburb on Christmas Day in 2017. File photo by The Canadian Press/Felicity Don
Previous story
Next story

A jury has found a father guilty of killing his two young daughters in his apartment in a Victoria suburb on Christmas Day in 2017.

Andrew Berry hung his head as the verdict was announced Thursday, finding him guilty of two counts of second-degree murder in the deaths of four-year-old Aubrey Berry and six-year-old Chloe Berry.

The verdict also elicited a loud gasp of relief from a woman in the front row of the courtroom and she later embraced Crown prosecutors outside.

Berry had pleaded not guilty to the murders of the little girls in his home in Oak Bay, B.C.

British Columbia Supreme Court Justice Miriam Gropper told jury members she knew they had been through a "great deal" in reaching their unanimous verdict before she gave them time to consider whether they wanted to make a recommendation on Berry's eligibility for parole.

Second-degree murder carries an automatic life sentence, but parole eligibility can range from 10 to 25 years. In cases where a person is convicted of multiple counts, they may serve each period consecutively or concurrently.

Crown and defence lawyers declined to speak outside the court. A date for a sentencing hearing will be set on Oct. 9 in Victoria.

The trial heard that police found the two children dead on beds in separate bedrooms with dozens of stab wounds.

Berry was found naked in the bathtub with stab wounds to his neck and throat, and he told first responders "Kill me" and "Leave me alone" when they arrived.

In his testimony, Berry told the jury that two men connected to a loan shark named Paul stored what he believed was a bag of drugs at his apartment in March 2017 in exchange for a delay in the repayment of a loan worth thousands of dollars.

Berry testified that he was attacked by a man with dark skin and hair, but the Crown argued his wounds were self-inflicted after a failed suicide attempt.

In his closing submission, Crown attorney Patrick Weir said Berry's testimony was "like the plot from a bad low-budget movie."

"Like everything in his life, he wouldn't accept his responsibility," he said. "There was no Paul ... no dark-skinned child murderer... ."

Weir said the motive for the murders was Berry's "long-simmering animosity" towards his estranged partner, Sarah Cotton, who he believed planned to seek an end to their joint custody of the girls after Christmas.

"If he couldn't have them, Sarah couldn't either," he told the jury.

Defence lawyer Kevin McCullough said the Crown's case was circumstantial and Berry was consistent in his denials.

"The accused was subjected to the most rigorous cross-examination in this trial and his evidence, whether you like it or not, was eternally consistent," McCullough said in his closing arguments.