U.S. military expert urges Canada to 'be in the fight' as Mideast tensions rise 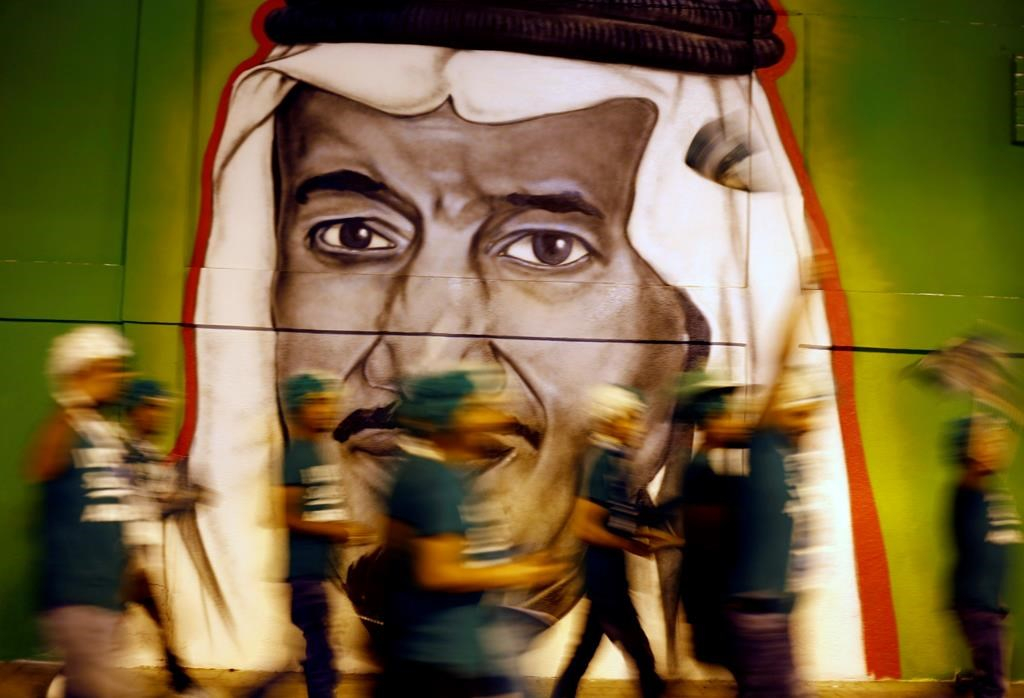 In this picture, people walk in front of graffiti showing Saudi King Salman, marking National Day to commemorate the unification of the country as the Kingdom of Saudi Arabia, in Riyadh, Saudi Arabia, on Sept. 23, 2019. Photo by The Associated Press
Previous story
Next story

A U.S. military expert who famously turned down an invitation from U.S. President Donald Trump to act as his national security adviser says it's more important than ever that Canada "be in the fight" when it comes to its military commitments.

Retired Vice Admiral Robert Harward, now an executive with Lockheed Martin in the Middle East, says the recent attacks on oil facilities in Saudi Arabia serve as a reminder that the region remains a dangerous place.

The Sept. 14 strikes forced Saudi Arabia to halt about half of its production operations, causing oil prices to jump, although the output and prices have largely returned to pre-attack levels.

Speaking at the Global Business Forum in Banff, Harward says Iran, blamed by Trump for the attacks, is growing more belligerent in flexing its muscles in the region and could force a violent reaction.

Last year at a NATO summit in Brussels, Prime Minister Justin Trudeau said a plan to grow military spending by 70 per cent over the next 10 years is Canada's answer to Trump's demand that NATO allies spend two per cent of their GDP on defence.

Harward dodged a question from Gary Mar, CEO of the Petroleum Services Association of Canada, about the U.S. buying more Canadian oil through new pipelines and less from more dangerous parts of the world by pointing out the U.S. also needs to support its allies in the Middle East.

"You know, if you're (Canada) going to cut down on carriers, subs, that's fine, but stay engaged, maintain the partnership, be in the fight, to ensure you have that operational understanding and experience when it's going to be needed," he advised.