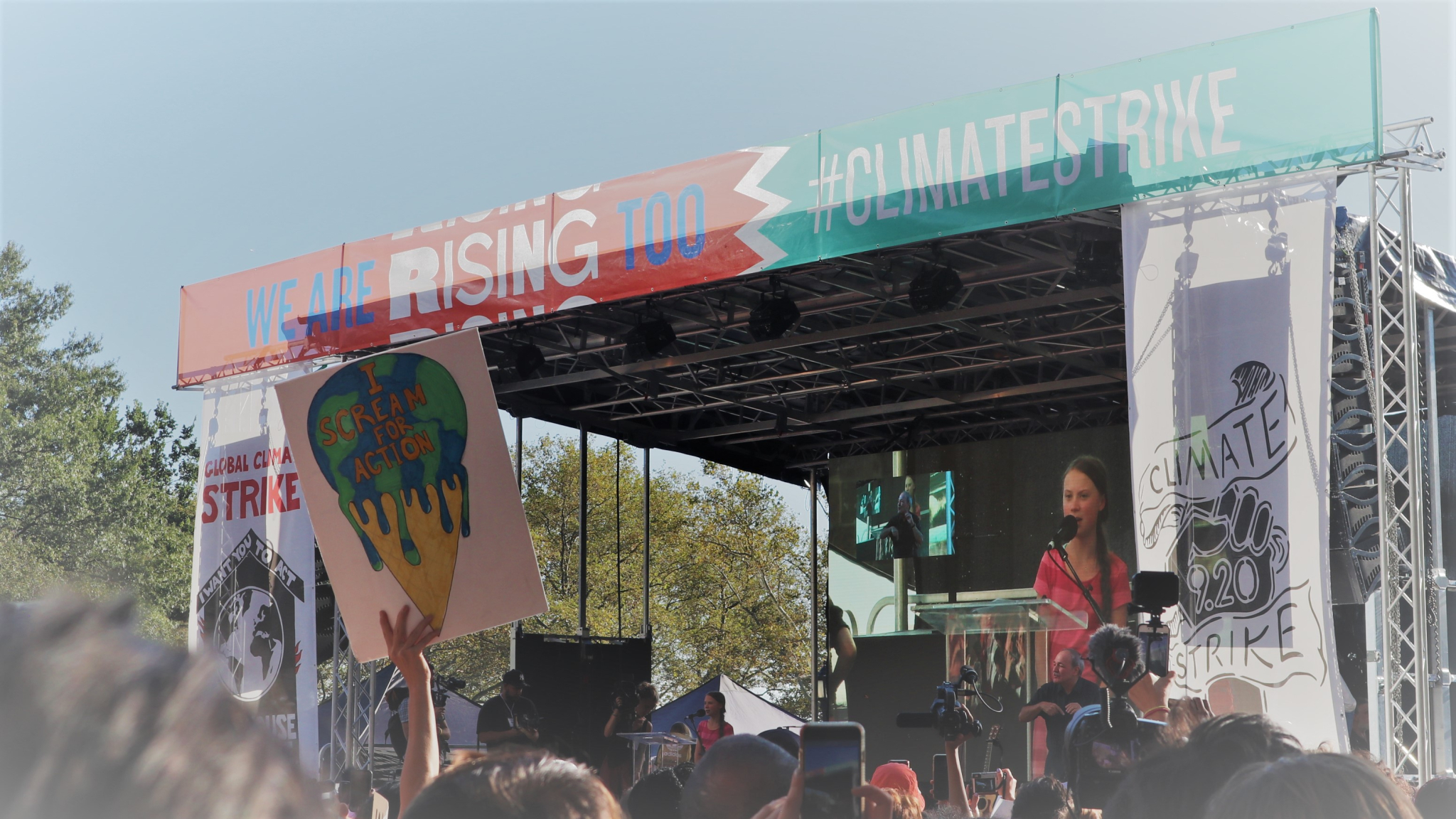 Swedish climate change activist Greta Thunberg is wrong: the kids are going to be just fine.

At least, that’s what Canadian leaders have told themselves for the past 20 years.

In the late 1990s, Jean Chrétien’s Liberal government was an active negotiator in the first international commitment to reduce GHG emissions. Things looked promising. But by 2002, when the Kyoto Protocol was ratified in Parliament, Canada was already failing to meet its targets.

When the Conservatives came into power in 2006, they had heaped criticism on Liberal efforts to address climate change but also failed to produce credible alternatives. Stephen Harper dropped commitments to what he called the “job-killing, economy-destroying Kyoto accord” and instead introduced the Clean Air Act, which targeted contaminants creating smog without actually mitigating the production and consumption of fossil fuels.

More recently, Justin Trudeau’s Liberal government has made relatively bold commitments to climate action since the 2015 Paris Agreement. Liberals have promised to clean up our oceans, introduced a revenue-neutral carbon tax and committed to a ban on single-use plastics by as early as 2021. Yet according to the Pembina Institute, if Canada continues at the same rate of reduction in GHG emissions since Trudeau’s election in 2013, we won’t achieve the Paris Agreement target until the beginning of the 23rd century.

We are still nowhere near where we need to be and it’s time our leaders are honest about the challenge we face.

It doesn’t help that, when it comes to climate policy, Canadian politicians are acting like a bad Tinder date: making quick promises, delaying action and then ghosting on commitment altogether. Climate change cannot be a partisan issue. It is an existential threat to our collective future.

The Intergovernmental Panel on Climate Change’s recent report explains that if we don’t achieve ambitious targets, we have less than 11 years before we experience truly unmitigable climate disaster.

We’ve already started to see the effects of climate change in Canada. The recent devastating impact of hurricane Dorian in Atlantic Canada, melting permafrost in the North and wildfires in British Columbia are all signs the consequences of climate change are on our doorstep.

The good news is young people want to help. We, more so than any other demographic, understand and want to engage with climate policy.

In June, the authors of this piece met with more than 40 youth delegates from African Union, European Union and G7 countries in Paris at the 2019 G7 Youth Summit. Together, we developed policy recommendations for G7 countries on a range of societal issues to address global inequality, including climate change.

Other Canadians are also doing their part: on Sept. 27, Canadians are expected to join millions across the world in a Global Climate Strike, the youth-led group ‘Our Time’ is calling for a federal leaders’ debate on the climate crisis, and more than 40 organizations led by the Toronto Environmental Alliance recently came together to urge Toronto City Council to declare a climate emergency.

Politicians in Canada are starting to take notice. The House of Commons declared a climate emergency in June and Mayor John Tory confirmed on Sept. 20 Toronto would do the same. Even Premier Doug Ford, who has been a vocal critic of the federal government’s carbon-pricing policy, linked the floods plaguing Eastern Ontario to climate change earlier this year.

But given Canada’s record on climate action over the past two decades, can young Canadians trust the next government to act upon its commitments? This is what millennials and Gen-Z voters will ask themselves when they go to the polls on Oct. 21.

The latest Ipsos poll reveals climate change is one of the top three issues for Canadians this election. It is expected to be an even higher priority for Canadian millennials, who make up the largest voting bloc.

As we enter the election period, we urge voters across the country, and leaders, to consider what youth around the globe are saying and doing about climate change. We are honest with ourselves about the challenge that lies ahead of us and want to work with leaders to take tangible steps to address it before it’s too late.

That's the only way we can ensure a fair future that leaves no one behind, now and for generations to come.

Anjum Sultana & Ross McDonach are Canadian Delegates to the 2019 G7 Youth Summit in Paris, France via Young Diplomats of Canada.

The kids are right. Never

The kids are right. Never trust the government.