Names of children who died in residential schools to be released 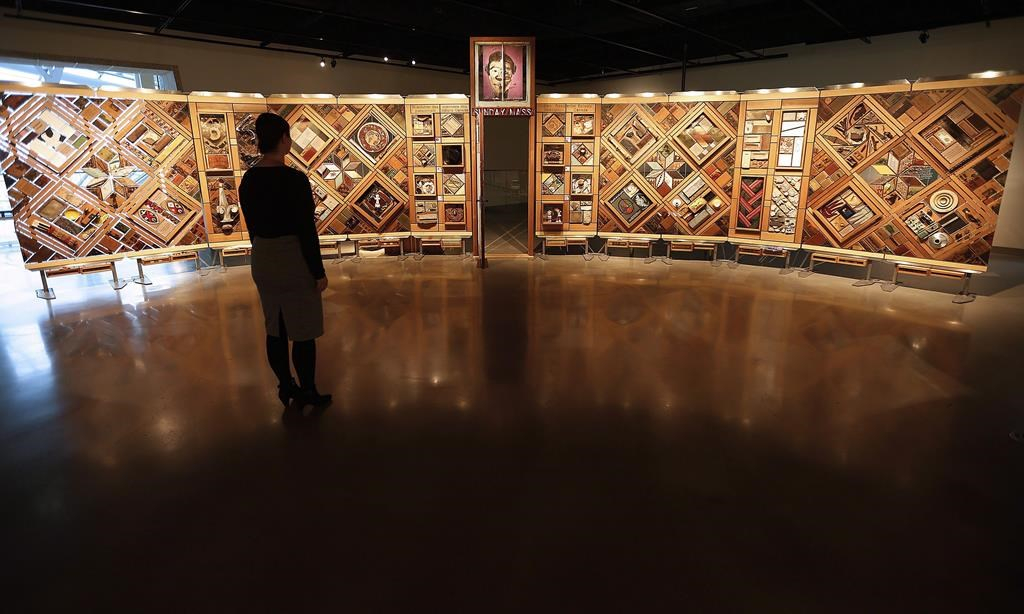 Visitors to the Canadian Museum for Human Rights in Winnipeg can view a new exhibit called The Witness Blanket on Monday, December 14, 2015. File photo by The Canadian Press/John Woods
Previous story

Their anonymous deaths will be honoured and their names — hundreds and hundreds of them — finally known.

The National Centre for Truth and Reconciliation is to reveal at a ceremony in Gatineau, Que., today the names of 2,800 children who died in residential schools. The act will break the silence over the fate of at least some of the thousands who disappeared during the decades the schools operated.

"It is essential these names be known," said centre director Ry Moran.

The list is the result of years of research into what happened to the many children who were taken into residential schools and never came out. Archivists poured over records from governments and churches, which together operated as many as 80 schools across the country over 120 years.

A total of 150,000 Indigenous children are thought to have spent at least some time in a residential school.

The 2,800 to be honoured are those whose deaths and names researchers have been able to confirm. Moran said there are another 1,600 who died, but remain unnamed.

Some schools have an extensive list of students who died; some list none. Moran wonders at such large discrepancies.

"Even our recent research efforts have uncovered another 400 students," Moran said. "We know there's many more students to be found."

The age range is wide.

"Infants, three-year-olds, four-year-olds all the way up through their teenage years. We've got some students on this list that are named as 'babies.'"

The ceremony — to be broadcast later in an hour-long APTN special — is to include the unveiling of a huge banner. The broadcloth fabric, 47 metres long and more than a metre high, will display the name of each known child and the school in which he or she died.

"This is a way for us to literally lift up these children, to hold them up," Moran said.

Although the names will be public, ther information researchers have been able to uncover will be restricted to families.

The work won't stop, Moran added. The team continues to seek the names of the 1,600 confirmed deaths and to find some kind of resolution for the children who disappeared.

Researchers plan to return to First Nations communities to refine the list, fill gaps, and add as much as they can. Many, many graves need to be located.

They will also try to collect as many and as much of the stories behind the names as they can.

"That is the next phase — making sure that when we remember these children, we bring life to them and help understand what really went on. That's got to be led by the communities and the families. We're there to help."

The work has been difficult and draining — "really, really harsh," said Moran.

The team does what it can to make things easier — for themselves and the young victims they're trying to identify. During the research, a ceremony was held that included everyone gathering in a circle and singing a song together.

"During the second round of that song, each one of us had to call out to our ancestors," Moran said. "We called out their names, and the idea was that each one of those people would come down and help four of these children find their way home, if they were lost.

It is imperative that these

It is imperative that these children have their essential humanity restored to history, and the crimes against them acknowledged for their families and by those of us complicit in their fate.