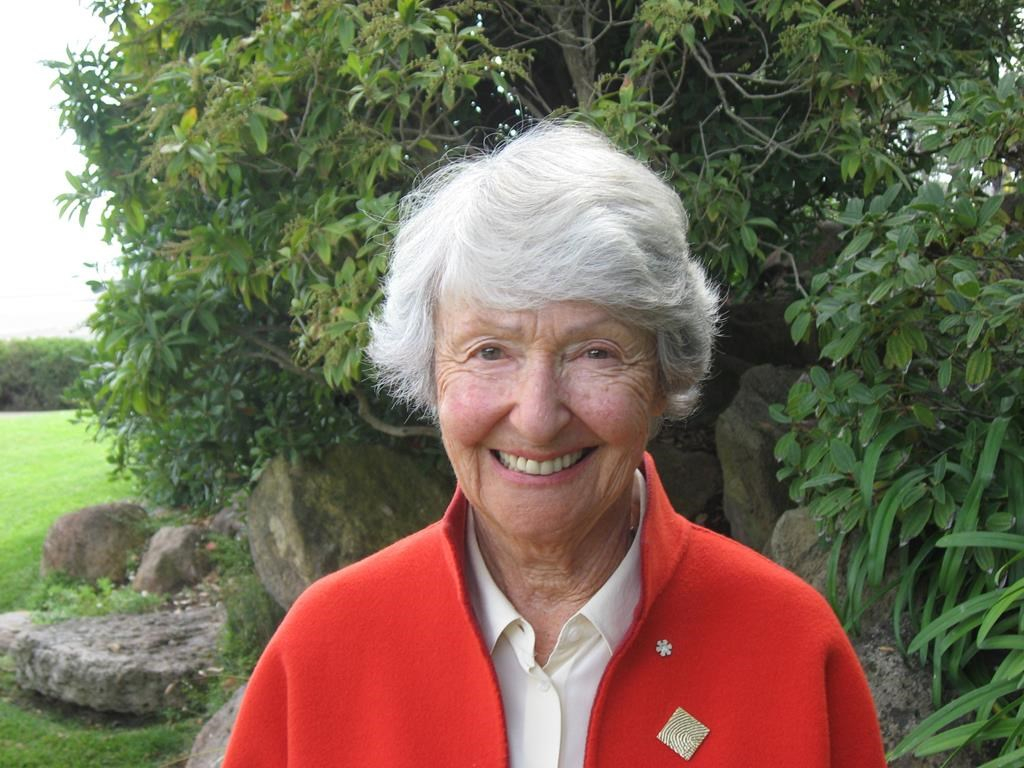 Vancouver landscape architect Cornelia Oberlander, shown in a 2007 handout photo, is being honoured as the namesake of a recently created US$100,000 international award. Handout photo by The Cultural Landscape Foundation-Charles A. Birnbaum
Previous story
Next story

For seven decades, Canadian landscape architect Cornelia Oberlander has woven together the natural and artificial realms to shape urban environments across the globe.

Now, the 98-year-old from Vancouver will also be shaping her field as the namesake of a recently created US$100,000 international award.

The Cultural Landscape Foundation says the Cornelia Hahn Oberlander International Landscape Architecture Prize will be handed out every other year starting in 2021 to a living practitioner, collaborative or team for visionary work.

The Washington, D.C.-based non-profit made the naming announcement Tuesday.

The foundation said the Oberlander Prize will be endowed in part by $10,000 contributions made by or on behalf of 100 women in a campaign that has raised more than $700,000 since July with a goal of reaching $4.5 million.

Burlington, Ont.-based landscape architect Virginia Burt said she's honoured to be a donor to the 100 Women campaign that will help see Oberlander recognized as an exemplar of professional excellence.

"Cornelia is the most highly decorated landscape architect in history, and she's Canadian. So she's truly one of our national treasures, and she's internationally renowned," Burt, who is on the foundation's stewardship council, said by phone from Provence, France.

"This person has shown over and over again the depth of her commitment to creating a better place for us to have a living connection. The respect and love I have for her is simply immense."

In 2016, she was named the inaugural recipient of the Governor General's Medal in Landscape Architecture, and a year later, become a companion of the Order of Canada.

Some of her notable projects include the grounds of Ottawa's National Gallery of Canada, the Canadian Embassy in Berlin and a collaboration with Hank White on a lobby garden in the New York Times' Manhattan headquarters.

She's also helped design several landmarks in Vancouver, where she has lived since 1953, including the Museum of Anthropology, Robson Square and the city's central public library.

Oberlander, who graduated from Harvard with a bachelor's degree in landscape architecture in 1947, spent much of her early career working on public housing and designing playgrounds, including the Children's Creative Centre at Montreal's Expo 67.

The design proved so influential that Oberlander was tapped to help draft Canada's guidelines for children's playgrounds.

She was also an early proponent of green roofs, and a staunch believer in techniques that "follow in nature's footsteps" by restoring landscapes back to their natural state, said Burt.

Oberlander said in a statement that she hopes the prize will help spur landscape architects to innovate in their field and be leaders in their community, particularly in confronting the impacts of climate change.

"Landscape architecture is ideally suited to deal with the environmental, social and ecological challenges we face now and the challenges we must plan for in the future."

The Cultural Landscape Foundation first announced the creation of the international prize in August.

The Oberlander Prize will be overseen by an independent curator and jury, who will be announced in coming months, according to the foundation.

Canada needs another reason for a standing ovation