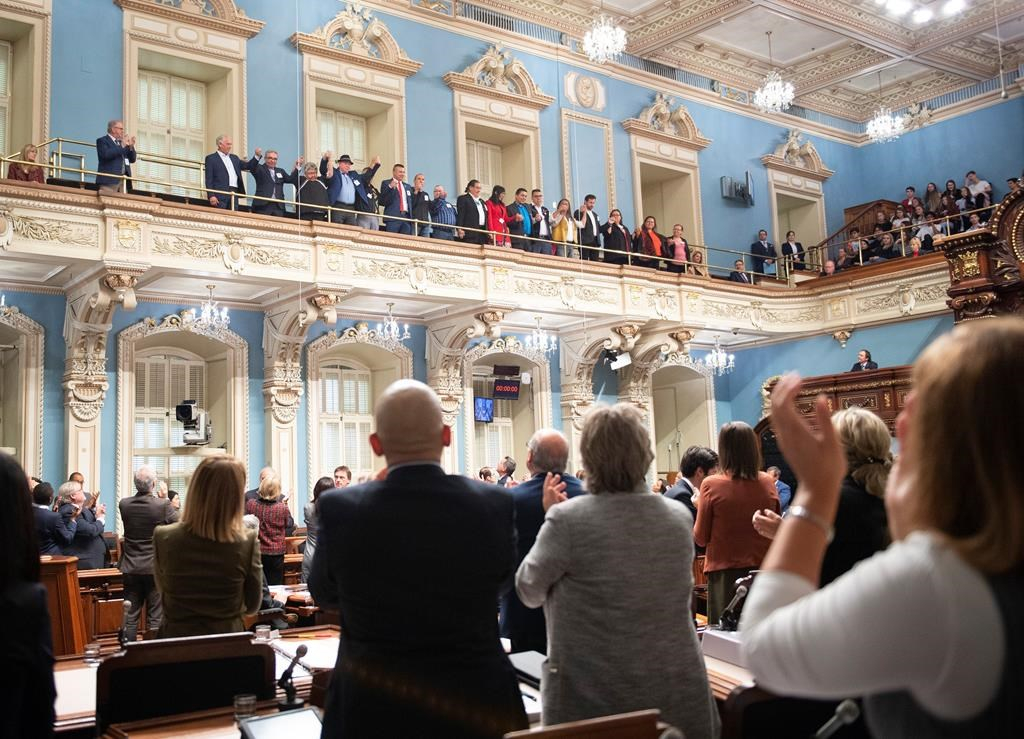 Native leaders join hands while members of the National Assembly applaud after Quebec Premier Francois Legault apologized to First Nations and Inuit leaders during a declaration at the legislature in Quebec City on Oct.2, 2019. Photo by The Canadian Press
Previous story

Quebec Premier Francois Legault has apologized to First Nations and Inuit peoples for long-standing discrimination in their dealings with the province.

Legault made the formal public apology today at a sitting of the provincial legislature and said the government is ready to act on recommendations contained in a report issued this week.

The apology was the first of 142 calls to action laid out by the Viens commission, which concluded that the province's Indigenous communities suffered systemic discrimination.

Legault called the findings in the report devastating and pledged that the Quebec government will work with Indigenous leaders to implement the recommendations.

The Quebec government has convened a meeting of First Nations and Inuit leaders on Oct. 17 to discuss further action.

The apology came as many Indigenous chiefs and leaders looked on from the visitors' gallery of the national assembly's legislative chamber.

"I offer Quebec's First Nations and Inuit members the most sincere apology from all of Quebec," Legault said. "The state of Quebec has failed in its duty to you, and it asks you today for forgiveness."