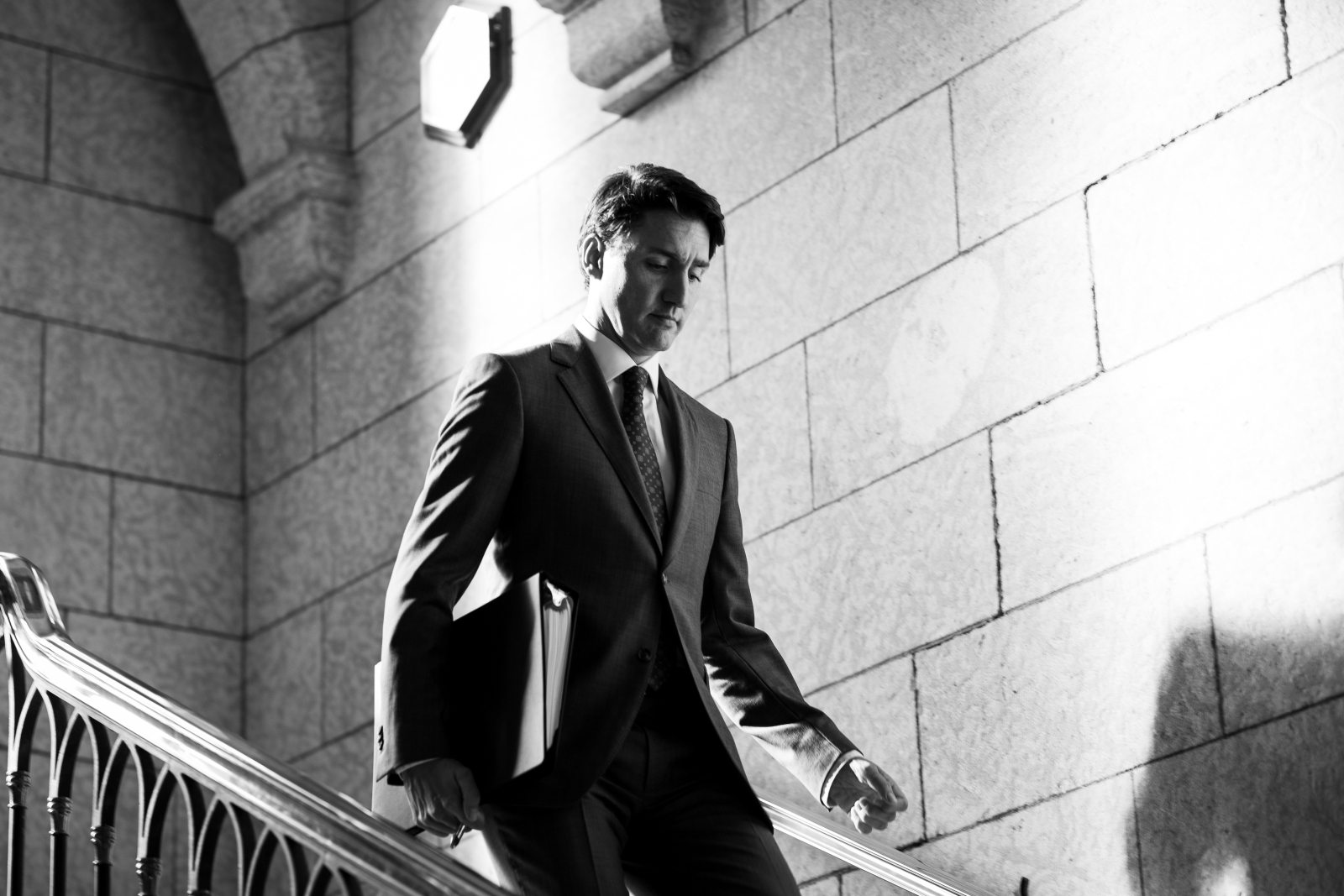 Ontario's education minister accused Liberal Leader Justin Trudeau on Wednesday of trying to politicize the province's labour negotiations with school support workers to score points ahead of the federal election.

Stephen Lecce made the comments hours after the Canadian Union of Public Employees, which represents 55,000 custodians, clerical workers and early childhood educators, announced its members were preparing to go on strike next week.

"I think we need people to put the interests of our children ahead of their political self-interest," Lecce told a news conference.

"That is my message to the prime minister and anyone who seems to want to inject and infuse a needless partisanship at a time when parents want it to be a focused resolution-oriented table that gets deals that ultimately keeps our kids in class."

Earlier this week, Trudeau suggested that Premier Doug Ford should spend as much time focusing on children's education as he does on helping his federal counterparts.

It's the latest barb traded between Ontario's Progressive Conservative government and the federal Liberals, who have frequently attacked Ford on the election campaign trail, especially his funding cuts to education.

CUPE Ontario president Fred Hahn denied that strike action was aimed at helping the federal Liberals ahead of the federal election.

"The timing of the collective agreements happened to coincide with the timing of a federal election," Hahn said. "That was not timing of our choosing."

The president of CUPE's Ontario School Board Council of Unions said her team wants to return to the bargaining table but are also prepared to walk off the job.

"If there is no fair deal to be reached, make no mistake, CUPE members are ready for full strike action on Oct. 7," Laura Walton said.

The government and school boards have said high rates of worker absenteeism remains unresolved while the union has said the impact of government cuts on workers must be addressed.

Lecce called on CUPE to return to bargaining and reach a deal.

"Let's move forward and get back to the table to resolve this regrettable situation and unnecessary disruption for our students," he said. "Deadline bargaining is part of the process. This is not unique."

Lecce said he expects students to remain in classrooms even if a strike occurs.

"I expect education workers and teachers in the province of Ontario to be in class with their students, educating their kids," he said.

CUPE said late Wednesday it has agreed to return to the bargaining table Friday. Talks are to continue over the weekend.

However, a number of school boards are warning parents about the potential labour disruption, with some advising them to explore alternate child-care arrangements if schools are forced to close.

Waterloo Catholic District School Board said all of its schools will be closed Monday if education workers go on strike.

"As CUPE represents 1,100 of our school-based staff, we would not be able to safely operate our schools," the board said in a statement.

Contracts for Ontario's public school teachers and education workers expired Aug. 31, and the major unions are in various stages of bargaining. The talks are happening as the government has ordered school boards to start increasing class sizes, moving to an average for high school from 22 to 28 over four years. Class sizes for grades 4 to 8 will increase by one student per classroom, from 23 to 24.

The Tory government has said that will mean 3,475 fewer teachers in the system over four years, which will be accomplished by not filling vacancies when teachers quit or retire. Walton has said those cuts trickle down and impact educational assistant supports and custodial services as well.

The president of the Ontario Secondary School Teachers' Federation said his members will respect picket line protocol if education workers go on strike, but they will remain in class.

NDP education critic Marit Stiles called on the on the government, school boards and union to return to the table to avoid a strike.

"Everybody wants to see our students ... staying in classrooms," she said. "At the end of the day we need to make sure our students are getting the supports they need. The government needs to back away from their harmful cuts to education."

Green party Leader Mike Schreiner urged the province to reach a "fair contract" with the workers, who he said are some of the lowest paid employees in the education system.

"Like many parents, I am worried about the impact strike action could have on my daughter and students across Ontario," he said. "The premier's ill-considered cuts have led us here, and he must come out from undercover to show leadership on this dispute."